This is my top 5 smartphones of 2016 and I hope this list enables you to find the perfect gift for yourself or somebody dear. 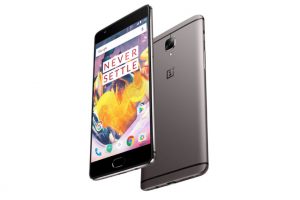 The first phone I want to list on this phone is the newly released OnePlus 3T. This is a brand new smartphone from OnePlus and is meant to be what the iPhone 6S was to the iPhone 6, although it’s an incremental upgrade it still provides a lot of value for the money you are paying for the phone. The OnePlus 3T has a Snapdragon 821 which is claimed to have 10% better performance than the 820, it comes
with 16MP rear and front cameras so all you selfie takers out there will be pretty pleased with this phone. There is a brand new colour called Gunmetal grey whilst the Soft Gold is carried on from the 3. The price for this in the UK is £399 for the 64GB whilst the 128GB is £439 which is a fair bit higher than the previous OnePlus 3’s pricing which is now available for just £329.

The next phone, the Rainbow is from a company called Cubot and many of you 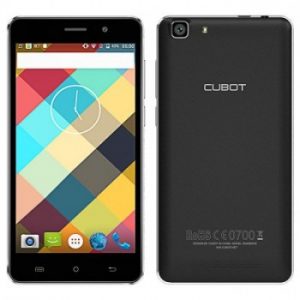 may have not heard of this
company but we will have a review coming up in the very near future of this phone and I will give you a heads up. It’s amazing. Although the naming is a bit strange the phone itself has a solid build quality, the
phone runs on a Mediatek MT6580 which may be a processor unfamiliar to most, a 5 inch 720p display, 13MP back and 5MP front cameras. The phone is available in gold, white, black and red. The phone costs just £70 over on Amazon which is a steal considering you get buttery smooth performance throughout the OS. 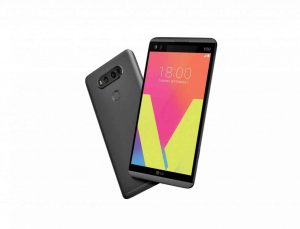 The third smartphone I want to recommend is the LG V20. This is probably the media powerhouse phablet of the year. The phone was released back in September so it’s incredibly recent, the phone is a huge 5.7 inches in size with a 1440p resolution, dual rear facing cameras (one is a 8MP wide whilst the other is a 16MP standard lens). The main standout feature of this smartphone is the dual front displays as there is a tiny display on top of the main 5.7 inch display and this can display quick functions as well as notifications. Although this phone isn’t available in the UK and Europe (through conventional retailers) but if you really want it then you can get it through other sources.

The fourth phone is the iPhone 7 Plus; this has been a really controversial phone due to the lack of a 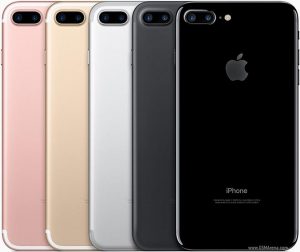 3.5mm
headphone jack as well as the home button being replaced with a force touch one. The phone has a 5.5 inch 1080p display, ‘dual’ speakers with one being on the bottom as seen before and the secondary speaker being the earpiece. The phone also houses dual cameras on the rear with one being a telephoto and the other being a standard lens. An iPhone is an iPhone so if you like iOS more than Android then this will probably be your main choice. This phone starts at £719 for the 32GB whilst going up to £919 for the 256GB so you are paying a huge premium and this is available over on Apple’s website. 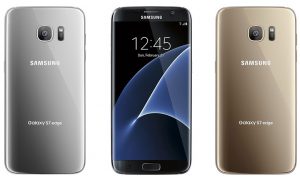 The last phone that I feel will be a great choice for Christmas 2016 is the Samsung Galaxy S7 Edge, this is Samsung’s main flagship device released in 2016 after the unfortunate tragedy that was the Note 7 suffered its tragic death after a series of recalls over broken batteries. This is one of the best smartphones we have ever seen in terms of build quality, camera quality, battery life and screen. The specs include a 5.5” 1440p display, a 12MP camera, 4GB of RAM, Snapdragon 820 and a 3600mAh battery. The phone cost £529 over at Carphone Warehouse.