Home / Editorials / Ten Reasons You Should Pre-Order a Pebble Time

Ten Reasons You Should Pre-Order a Pebble Time

Our ten reasons why you should seriously consider pre-ordering a Pebble Time Smartwatch.

The most successful Kickstarter campaign ever, the Pebble Time is single-handedly my favourite smartwatch. When the black Kickstarter Edition Time landed in the MTT office, I couldn’t wait to get it on my wrist and have a play, and I have not been disappointed. If you didn’t pledge to be one of the first to pick up a Pebble Time, general pre-orders start on June 22nd. If you’re still not sure whether or not you need to part with your cash, here are our top ten reasons why you definitely should.

I paid a special limited-number price of just $159 for the Pebble Time as an early Kickstarter backer, however we’re expecting the Time to go on pre-order for around $179 (although official pre-order prices haven’t been released yet). Compare that to other smartwatches on the market (yes, we’re looking at you Apple Watch) and the Pebble Time is going to be a bargain!

2. It looks way better than the first Pebble

Let’s face it, the original Pebble and Pebble Steel were about function, not form. It was the first smartwatch to take the world by storm, engage with developers and provide proper notifications on your wrist, however its first-gen design lacked style and visual appeal. The Pebble Time has had a drastic refresh. It’s clearly still a Pebble, the buttons remain on the sides (although the charging dock has moved from the left side to the back) and the silicone strap that it comes with feels much the same as its predecessor’s, however that’s where the similarities end. The Pebble Time has been on a diet, it’s slimmer, smarter, features a subtle curvature that makes it more comfortable on the wrist, sports a stainless steel bezel and a lovely scratch-resistant Gorilla glass lens over the screen. The watch looks great on the wrist and the build quality is fantastic. I think the pictures say it all, and while I haven’t seen the more expensive Pebble Time Steel in the flesh, if it’s as good as I think it’s going to be, it’ll be the premium smartwatch to own.

So I’ve read the negative reviews about the Pebble Time’s colour e-ink display. Some people think the screen is too dim, lacks vibrancy and has a limited colour palette, and I suppose they’re not wrong. But that’s totally not the point. The screen on the Time hasn’t been created to match the brightness of the Apple Watch’s AMOLED display or the LCD panel in the Moto 360, it has been designed to be ‘always on’ and super battery efficient. It’s what the first Pebble did so well, a seven day battery life from a smartwatch.

And anyway, I think the screen looks awesome. In any well-lit scenario, the screen on the Time looks great, in fact the brighter the light, the better it looks, something you can’t say for any other display technology. The new animations built into the watch’s OS are slick and function without lag, and the built-in backlight can be activated automatically (when you lift your wrist up to check the time) or manually (when buttons are pressed), making the screen perfectly viewable in the dark too.

Much like the first Pebble, the Time is a notification-lovers dream. The software guys have designed clever little icons that display when a notification is received, showing which service the notification has come in on (Twitter, WhatsApp, etc) and you can respond accordingly, with actions varying depending on the service.

Head into the settings and you can enable/disable vibrations for notifications and schedule a nifty ‘do not disturb’ feature which prevents updates pushing through.

5. A battery life others can only dream of

Uh hello? Fitness trackers aside, the Pebble Time is the ONLY smartwatch that can achieve a seven day battery life. Okay, it depends on how much you use it but I’ve been comfortably getting five days out of it before seeing the 20% battery warning. This thing keeps going, and I think that’s important for a wearable – I’m not a fan of having to charge devices every night!

Voice replies actually work! The Pebble Time doesn’t have any clever Google Now-powered voice recognition built-in, so you can’t ask it intelligent questions or tell it to send a text, however you can simply reply to notifications using voice replies with the Time’s on-board microphone. This is something that I didn’t have high hopes for, however I’ve found myself using it a handful of times. See the video below to see it in action.

Okay, Timeline may not be a good enough reason to part with your hard-earned cash, however this new feature of the Pebble’s software (also coming to the original Pebble and Pebble Steel) provides a ‘past and future’ screen, showing previous and future calendar events, weather updates, sports scores, missed calls etc, by pressing either the top or bottom buttons of the watch. There are a handful of apps that work with Timeline, with Pebble encouraging developers to get their apps to pin updates onto the it.

8. You can wear it in the shower

Pebble loves a swim, and much like its older sibling, the Pebble Time is also water-resistant to 30m, so a dip in the tub or a splash in the shower won’t hurt it in the slightest. So, if like us, you like to play music from your phone while showering, you can skip tracks and change the volume from your wrist.

With the new Pebble Time came brand new apps for both Android and iOS, and while I initially questioned why that needed to be the case, boy am I glad they did. The new apps (which mostly look the same on both OSs) are better laid out, easier to use and provide a much better user experience all round. You can change watch faces on your Time from the home screen of the companion app, you can view the apps that are installed on your watch (and there’s no longer an upper app limit), as well as downloading new watchfaces and apps.

10. Straps that we can all afford

Although it’s unlikely I’ll be changing the silicone strap that came with the Pebble Time (it’s rubbery goodness is perfect for exercise), the watch supports any standard 22mm watch strap. This means that replacement straps, if it’s to replace a broken one or just to customise it, can be picked up cheaply.

If that’s not enough, head over to the Pebble website to get more information! Pebble Time pre-orders start on the 22nd June. 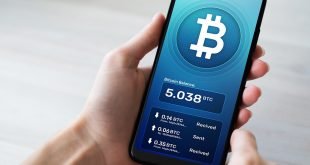 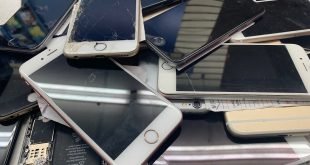