We’re having a little fun in the run up to Christmas. We’ve looking across the MTT staff and seeing which Christmas songs they’ll be streaming this Holiday Season, and which ones they’d ban outright. First up, it’s Crimbo Craig!

Three of a Kind

If I had to pick three Christmas songs that I’ll be streaming whilst I’m travelling around the UK, I’m really a little ashamed to have the answer so quickly. Here we go, in no particular order! 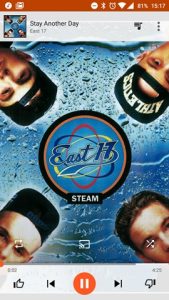 I know, I know, it wasn’t really a Christmas song, but the fact it was the only UK number one East 17 every had, and the fact it was from an amazing Album, “Steam” (Hello? Are you still there?) means I have fond memories of this track. It was also the a track from the one and only album I purchased on 7″ vinyl picture disc! East 17 weren’t classified as a boy band back in ’94. They weren’t ballad material and were considered a little more edgy and urban than the charts were comfortable with classifying as “boy band”.

The song itself, well, I just like it. The bells that play in the background, and the overall harmony. Having said that, the music video they put to accompany the track was cringe-central. It’s not a classic I know, I just like the melody okay? Fine, move on! 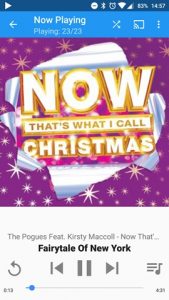 Ahh, feeling better now with my choices are we? The always photogenic Shane MacGowan wrote this little ditty as a more gritty piece than people tend to think of it. Originally released in ’87, this didn’t reach the summit of UK charts until much later, as a Christmas staple.

The Pogues’ punk tone can be heard in MacGowan’s gravelly voice, and it is nearly perfectly offset by MacColl’s Irish folk charm. There’s just something about it. I think it’s the full Irish instrumentals throughout the song, and laughingly depressing lines such as “Happy Christmas your arse/I pray God it’s our last” that really make it for me. Yup, I’m listening to it now! 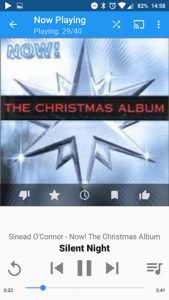 “Santa Claus Is Coming To Town” – The Crystals

This is more playful and just evokes Christmas to me. I used to hear this a lot when i was little so perhaps nostalgia comes into it also. The other thing is that lovely intro…”Jimmy, I just came back from a lovely trip along the milky way”. I dunno, it’s just cute at Christmas time isn’t it? The thought of these kids trying their best to be good (usually failing) so that Santa rocks up to them and gives them the latest iPad or whatever.

Plus again, there’s some bells in it! This time it’s sleigh bells, but still, I’m obviously a sucker for bells!

So, what dreadful Christmas song would I get rid of. How about this one…..

It’s not that I dislike Silent Night, far from it. At school we were taught to sing this in German believe it or not. It sounds like a war chant in German by the way. Either way, I like the song, but I just dislike Sinéad O’Connor taking it and making it sound like a funeral song! I’d not only ban it, I’d ban anybody from every playing it in anything other than “Christmas Carol” form. Sinéad O’Connor should also be banned from every saying the words, Silent or Night. There’s just something incredibly sanctimonious about her when she sings this. Maybe that’s me projecting, but either way, like a bad smell, I just can’t listen to the track when she’s the one on vocals. Ironically, I actually like some of her other work….she should stick to that then!

Have I gone too far? I dislike her singing this song….period!

So, do you agree with my picks? Let me know and head over to Amazon to pick up the tunes for yourself!