For those who don’t know, the EU has been debating copyright law for some time. Many of the exiting copyright laws are old, outdated and too antiquated for the online and digital age. Reform is seemingly long overdue, and reasonable. However, one of the proposals has sparked outrage. “Link tax” or “Neighbouring Rights” as the EU calls it, has caused a huge debate across the Internet and consultations are due to come to a close on June 15th.

As a brief overview, the EU are proposing delivering a new set of laws for copyright specifically around hyperlinks to news-based intellectual property. What does this mean? Well simply put news aggregator sites that are specifically designed to deliver a one stop shop for content by linking directly to articles and news sources will be forced to pay a “tax” to the creator of the linked content or face consequences.

Back in 2012 Google launched a campaign against the proposals to implement this type of law in Germany. Whilst the law was passed, Google were allowed to link to German news publishers via its Google News services. Now there is increasing pressure on the EU from news and media outlets to widen the reach of these laws to all members and not just Germany and Spain which both have these laws passed. 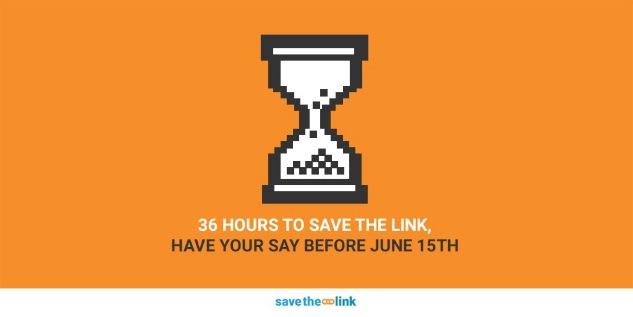 The Save The Link page, hosted by OpenMedia is currently running a campaign against these proposals and are using petitions, open letters, and garnering the backing of as many notable industry outlets as possible in an attempt to halt the legislation. Even OnePlus recently joined in the calls for the link tax to be abandoned.

Newsnow, a popular news aggregator, also outlined their stance in a recent statement, and stand firmly opposed to any proposed legislation. Despite the wide variety of organisations climbing over each other to hit back at these proposals, it seems that the “Ancillary copyright” gravy train just keeps on rolling.

With consultations due to halt on June the 15th, if you wish to have your say, join the debate now. Will this bill spark the end of the small outlet, or will news sites be properly compensated for their work following this bill? Let us know your thoughts.