If the rumours are to be believed, the Samsung Galaxy Note 7 will sport an iris scanner of some description. Patently Mobile might just have added a little more weight to this.

Samsung’s upcoming other flagship for this year is the Galaxy Note 7. This phone has been rumoured to have an iris scanner to unlock the device, and complete functions like the fingerprint scanner. A few phones have been rumoured to have this feature before, but it never made it to shelves.

Patently Mobile has given word about the South Korean’s new iris scanner patent. It is said that the iris scanner will be able to be used in many different devices including smartphones.

According to the released patent: 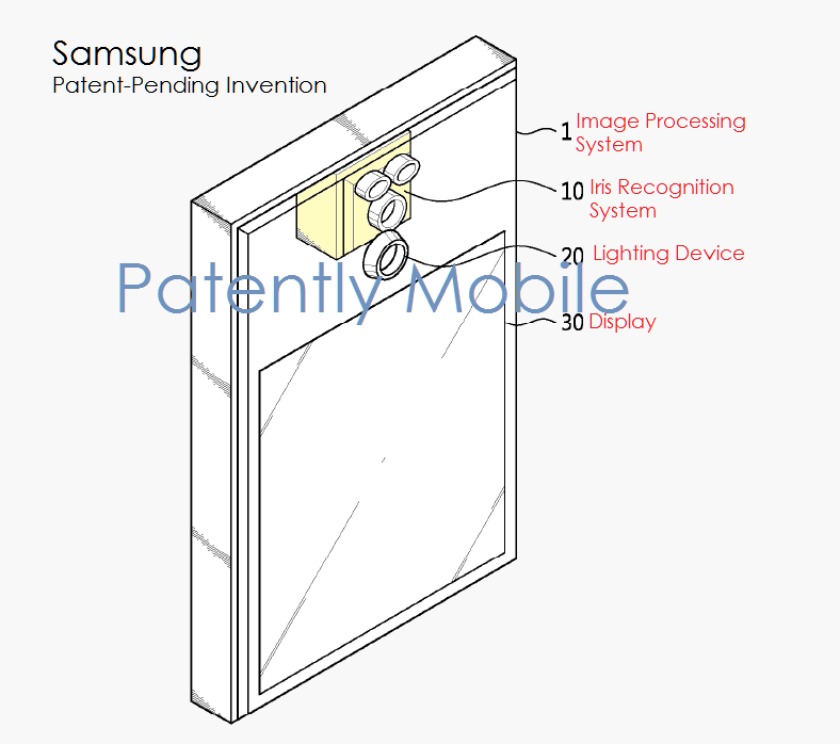 As seen in the image above, below the three lenses is a lightning device. This small device will beam an infrared ray onto the iris to capture it’s shape and image.

This new iris scanning system will (obviously) need to be on the front of the device, and (ideally) at the top of the screen. This means there will be a large bezel strip (probably) to house the iris scanner. This may reduce screen size of the device, but if not the bezel will still be annoying. This may be overlooked by many due to the exclusive, amazing feature, but I and many others will find the bezel irritating.

High-School student in Essex, England, UK. Enjoys all things new and techy, especially Google, Android, Chromebook, etc; and a little bit of iOS. When not being drowned in tech, or on social media, he enjoys swimming and running.
@connor_jewiss