Now I don’t use EE as my main day to day network but over the last 6 months or more I have had several interactions with the company and without fail each one has had me come away thinking, well, I couldn’t say what they had me feeling but let’s just say it wasn’t good things.

Oh EE. I’m sure you all know by now that EE is the amalgamation of the once proud brands, Orange and T-Mobile. They were the mobile brand names of France Telecom and Deutche Telecom (yes yes I know that Orange was started by Hutcheson, the same company that started Three.)

You see both Telecom giants decided that the UK market was too competitive, i.e. they couldn’t get as much money out of their users as the wanted to and so they both made it clear that their UK networks were up for sale, the trouble is no one wanted them. Most telecoms companies were up to their eyes in debt and didn’t want to have to spend money to roll out new 4G networks. Since no one wanted to buy either of them, the parents decided to merge the UK networks so that they would save a bundle in network roll out costs and gain other benefits from their new scale as the largest network in the UK. EE or “Everything, Everywhere” was thus born. 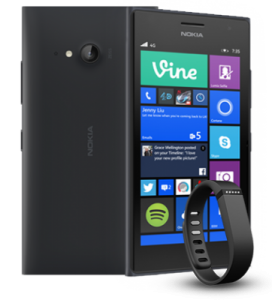 So let’s start with my reasonably recent acquisition of the Lumia 735. I grabbed one while the Fitbit offer was running and EE had it going for £140 (I think, don’t quote me.) So I went to their web site. Nope out of stock. So I rang them, no stock and they told me they couldn’t pre-order one which the person I spoke to said must mean they weren’t getting them back in. So, I went to a store. They had one, hurrah, oh but they has no micro sim’s. They told me they were sorry but they could not sell me one without a sim and since they had no micro sim’s they could not sell me the phone. Wtf? I did ask could I not just get a normal sim or a top up voucher, nope. So I had to ask if their other stores might have. They said maybe and that I should just go try some. No offer to ring and check. However eventually they did after I suggested, rang another store. Hurrah, they had both so off I went. On arriving I was forced to wait for almost 20 min, not sure why then when seen we went through the whole do you want this, that etc etc. That took ages. Then it took them ages to go find the actual phone. (By which point I was thinking I shouldn’t have bothered.) 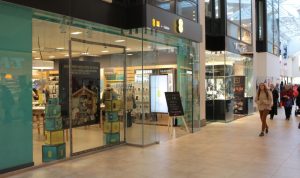 My next interaction that is comment worthy. If you didn’t know, EE recently had an offer where for a £10 top up, where you buy 1GB of data, text a number and they then give you 100GB that you have 30 days to use. Sounds great right? Clearly it’s an offer to entice new users and show off what their network can do right? Just like when they did a similar 100GB offer around Christmas. So that’s odd though in that you then can’t buy anything like 100GB of data from them. Then the most bizarre aspect of this offer, that EE showing off how amazing their network is limits that 100GB of data to 30mbits. When I asked why their reply was because they need to limit the speed so the network isn’t overloaded for other users. So, you have to limit these users you have enticed with a massive amount of data to show off how great your network is but if you don’t then limit them it will cripple other users??? 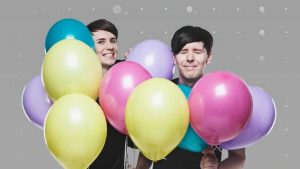 Then we have today’s interaction. EE just announced the launch of the new EE Rook. They have billed it as the cheapest 4G phone, £49 for new customers and just £39 for existing. So I went to their site to look for details but they were nowhere to be found. Their chat thing popped up so I thought I’ll ask. They then tell me they have no information about the device, they didn’t seem to have even heard of the thing. That it may not be a device that EE is going to carry. 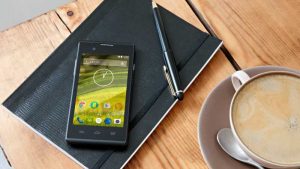 Oh EE, you do random things I like but then you follow them up with such absurdity just what is going on over there? Like the 100GB of data offers you keep running, to show of how amazing your network is but then you speed cap them. You then don’t offer a way for customers to buy anywhere near that much data from you. You launch such interesting looking products then seem to forget that they exist. Is this some back room fight between old Orange and T-Mobile staff? Do you keep offering these 100GB deals just to toy with heavy users? When you’re maximum allowances are 20GB with a phone contract or only 10GB for a sim only offering????? Surely you have records showing how much of that 100GB customers have used? You must think that the offer of such an amount of data is attractive to people yet you won’t sell people it?!?!?!? Just this morning, another ooooh you can have 100GB offer in my inbox, you’re like a bacon roll, doughnut and ice cream van rolled into one that likes to slowly drive the inmates at a fat camp!!!

EE, it’s like your right hand is so customer friendly and engaging then your left comes and slaps them in the face. So please EE, just what is going on over there???