Editorial: The State and Evolution of Wearables

Smart Wearble devices are seemingly penetrating every aspect of modern life. From health and fitness, to GPS navigation and tracking, on to notification and social interaction. Companies like Samsung, HTC, Garmin, Xiaomi, Sony, Pebble and latterly Apple have all thrown their metaphoric “SmartHats” into the consumer space in order to gain a slice of an ever-increasing pie. So what’s coming next and more importantly are we utilising the power of these devices already available?

The wearable market isn’t new. Anyone with a timepiece will tell you that. For centuries we have used wearable devices such as pocket and wrist watches to differentiate not only ones social strata, but also to resolve problems and close a particular productivity gap.

In 1972 the first digital watch was debuted as an homage to the recently released “2001: A Space Odyssey” film. The Hamilton/Pulsar watch lacked any of the ‘smart’ features of today, however it delivered a completely different display to that found on the standard analogue watches of the time. It can perhaps he heralded as the distant ancestor to today’s smart-watches, and also perhaps highlights the relatively minor steps we’ve taken forward in terms of evolving the wearable market in the subsequent 40+ years compared to other technological advances.

In general, the watch could be considered an easy wearable to get right from a marketing perspective. If it manages to tell the time, its completed its primary purpose and all that is then required is a plethora of design decisions to attempt to make the aesthetic appealing to the broadest consumer base. Yes this takes effort, time (ironically) and of course money, but it’s a tried and tested process that just needs to be worked through. The first smart-watches had no similar template to draw upon. Of course manufacturers knew the device had to tell the time, but what else would make the devices unique, marketable, and ‘smart’?

With smartphones already synonymous with modern life and many daily activities, manufactures looked to the mobile market for inspiration. This move ushered ion the age of Smartwatches, beginning with the Sony Smartwatch in 2012. Sony aligned their device to their Xperia line of smartphones as a companion. The Sony Smartwatch ran a modified version of Android and with a limited set of features and notifications.

That seemingly set the benchmark. Innovation was no longer required and companies, including Sony, set about improving on the design and delivering more polished software deployments.

This led to multiple iterative products and more recently we’ve been treated to Samsung, LG, Asus, Motorola and even Sony devices all running a Smart watch-centric version of Android, Android Wear. These devices all delivered varying styles and shapes, but the underlying feature set remained, for the most part, the same. Touch screens, app stores, bluetooth connectivity options and, worst of all, small batteries.

The only company to buck this trend, and early on, with the help of social funding-mega site, Kickstarter, was Pebble. Pebble took a slightly different approach, opting to ignore the touchscreen entirely and opt for a monochrome e-ink display to improve battery life. Nearly 70,000 individual backers pledged more than $10,000,000 to help bring this device to market, and oh how it flourished. Since it’s launch in 2013, Pebble has itself delivered iterative products; namely the Pebble Steel, a more aesthetically pleasing device, and the recent Pebble Time with a revised plastic design and a 64 color e-ink display, along with a Steel variant.

Whether Pebble or Sony, or Samsung, or LG, the story has remained the same. The device connects to a smartphone, or has a built-in Radio and receives notifications based on the applications you interact with on a daily basis. One could be forgiven for describing the smartwatch product line up as miniaturised, watered down smartphones. Even the latest entry into an increasingly crowded market segment, Apple’s Apple Watch, hasn’t bucked any trend in that regard, albeit single-handedly increasingly the average smart device RRP per capita!

These devices only serve to illuminate the fact that wristwatches are in effect a solution searching for a problem. Smartphones are, for the most part, pocketable. We utilise a larger variety of applications and information stored on these devices daily, not all of which is engineered to be delivered to a 1-2″ screen. History has already taught us with the coming, and speedy going of the Netbook phenomena, that taking an idea, and placing the exact same functionality in a smaller footprint doesn’t always work and certainly isn’t the answer to all questions. The reason the Pebble has done so well with arguably the least feature rich and least powerful device offering is that it still manages to deliver on the core functionality of a smartwatch; to attach to a parent device and deliver notifications and updated information.

Of course, smartwatches aren’t the only wearable devices that are in use today. In fact, many non-watch smart devices were around prior to the Samsung Galaxy Gear and LG G Watch R’s of the world.

Back in 2008 a San Francisco based startup was already opening for pre-orders on a new fitness device, the FitBit Tracker. The FitBit Tracker used an internal accelerometer to track steps taken, calories burned activity intensity and sleep patterns. The tracker itself connected back to a base station which, when connected to a computer, could crunch the collected data and deliver information in the form of health tips. The tracker was worn as a clip onto ones clothes and FitBit won many plaudits for this innovation.

As with smartwatches, FitBit, along with other manufacturers such as Jawbone and Nike, started to deliver iterative products offering more areas to be tracked such as respiration and heart rate monitoring along with food tracking and temperature measurements. Furthermore connectivity was moved to bluetooth enabled smartphones to more accurately engage with the devices that had become part of everyday life.

Whilst initially fitness trackers were indeed innovative, the design, and delivery of these devices has become very similar to that of smartwatches; iterative.

Back in 2013 Google launched a project that really changed how consumers thought of wearables. At that point, fresh from the early smartwatches and with fitness trackers in full swing, every wearable thus far had been on the wrist. Google turned this on its head and delivered us Google Glass. Whilst only a developer model was ever offered to the public, Glass allowed users to interact with the power of their smartphone, via voice commands, eye movement and augmented reality interaction. They took smartwatches and extended the functionality and the world in which they existed, opening up new possibilities and opportunities for its use.

Arguably it didn’t ever really achieve the heights it set out to, but the concept whet the appetite and manufacturers dusted off the old Virtual Reality blueprints hidden in their respective attics and got to work. Oculus VR, Samsung and HTC have all since delivered a VR or AR headset since, looking to capitalise on the trend. So far, only the Samsung Gear VR has been fully productionised and come to market with the Oculus Rift developer unit still available to purchase but no mastered release as yet.

Are these the future? They certainly look like it for some operations, however for daily use I still think Google’s Glass was much closer.

All of the above products are achievements in their own right. The smartwatch industry has been a huge hit with consumers, with the latest products from Apple retailing for thousands of pounds. They are works of art and products that required great ingenuity to design and build. Of that there can be no argument.

What problem do they actually solve however? In an age where one needs only to look around to see how glued to smartphones the public generally are. Do smartwatches negate the need for smartphones entirely? No, there are numerous use cases that require larger screens such as text and document composition. Do they save us time? Well, yes and no. Notifications straight to ones wrist may sound like a good thing, but the user, in many cases, still needs the use of their smartphone in order to respond or undertake an action off the back of the notification. It can be argued they limit that requirement however.

What are the smartwatch, or indeed smart devices in general unique selling points? A very good question. There aren’t any. Smartphones have spent a decade tightening their grasps on their owners and pumping more and more information into that particular medium. To suddenly attempt to cut that particular cord and offset the same level of interaction and information to a wrist is simply unachievable.

Innovation seems the only way forward and by that I mean TRUE innovation. Whilst my brief time with the Google Glass was not entirely positive, I will concede that for me, improvements in that area far outweigh any excitement I have for other wearable iterations. Increasing the awareness of devices we utilise on a daily basis will enhance the use case opportunities available to it and therefore serve to increase the chance of adoption and seamless integration with our daily lives. Google Glass looked to deliver on that promise. Google has since halted sales of development kits, however they state the project itself is not dead. Whether other manufacturers can pickup the baton and run with it remains to be seen.

We need a smartphone-sized innovation in the wearable sector. Smartwatches are the paracetamol of our mobile technology industry currently. They keep our insatiable thirst for new gadgets at bay, but they fail to deal with the root cause and fall just short of offering a solution worthy of a question.

Let us know your thoughts below. 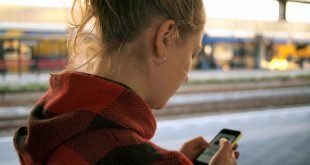 The 5 Best Translation Apps for iPhone 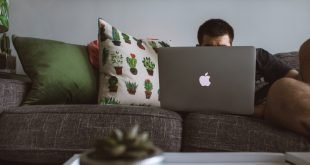 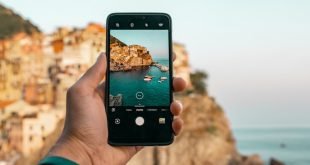