Way back in 2007, Google released a beta version of what was to become their flagship mobile device operating system, Android. Version 1 was released just a year later and the rest, as we know, is history. Fast forward to the present day and Android devices are teetering somewhere between 4.4.x Kit Kat and 5.1.1 Lollipop in terms of their deployed versions. So, is Android Improving?

First, a caveat. I own 13 mobile devices. 9 of which are Android-based. Does this make me an Android fanboy? Not as such, I simply prefer the flexibility that the operating system delivers for those with short attention spans – like me. Of the remaining devices, I own an iPad Mini 2, a Microsoft Surface Pro 2 and Linx 8 tablet, both running Windows 10, and a Microsoft Lumia 640. My daily driver for work is an iPhone, and I’m used to Blackberry OS also. What I’m driving at is that you could say I have a relatively well-rounded view of mobile operating systems in terms of use.

So, back to Android. Over the last 7 years, the versions have both expanded with features, been crippled by sluggish performance, fragmented by carrier configurations, and both lauded and besmirched in equal portions. Whilst the design of Android has been overhauled more than a few times in those 7 years, the basic trio of UI aspects, namely configurable home screens, widgets and an application drawer, have remained largely untouched however. Despite the drilling Apple’s operating system sometimes gets from the greener side of the divide, the same could be said for iOS. Application drawers have never been included, nor widgets as such. iOS has stayed true to its UI also, opting only to change the typeface and icon design periodically, most notably, and recently with iOS 7’s release. So what has Android actually delivered with their milestone releases that’s improved the operating system, and is it still continuously improving?

Looking across their change logs and feature updates over the years, Android has indeed seen many improvements. UI enhancements, Live wallpapers, widget integration, Exchange support, Multi-user support, File system tweaks, device resolution support increases, security enhancements galore, technology support for better connectivity such as Bluetooth 4.1 and NFC, and also chipset updates like 64bit support. They’ve also increasingly delivered services out of the box to get users started, such as Gmail, Hangouts SMS, Calendar, and Tasks from the Google suite, to more technical services such as VPN support and Hotspot/tethering applications. Their application marketplace, Play Store, is perhaps the biggest stimulator of change, update and enhancement of the Android platform however. Complimentary services or even gaps in Google’s stock offerings are often offset by third-party applications available from the Play Store, often for free, and increasing the overall usability of the Android experience. This is no different from iOS I hear you shout? I beg to differ. Android’s platform is more open, still, than Apple’s and this allows developers to have a little more freedom with their creations. That’s a double-edged sword however as there are absolutely tons of examples of applications causing severe/significant problematic user experiences when installed.

Further to that point, it’s perhaps also correct to note that with Android’s more open platform, carriers have had a field day too. Pick up nearly any phone from Vodafone, or Verizon in the US, and you’ll be greeted with either a completely different SKU entirely (in Verizon’s case) or a largely bastardised version of the operating system, complete with non-removable carrier-installed applications (bloatware). That’s something you won’t find from Android’s closest competitor, iOS. There’s something to be said for having a more closed system to allow a more tightly controlled eco-system and the direction of your brand. It’s apples and oranges – to each their own on that point.

The open nature of a platform and the whole fragmentation argument to one side, there is perhaps a more intrinsic issue Android is seemingly unable to face. It’s very own bloat. Android is a very diverse piece of software nowadays. Many services, some of which have already been mentioned, are deployed from this base image and as such, it’s becoming even more vast with each release. Therein lies what I believe to be the biggest problem; a coherent user strategy across the Android eco-system. It goes without saying that there will be teams of people working on the UI. Teams of people working on the delivery of support APIs. Still more people looking at ensuring compatibility with the latest hardware. With all this work scaling out at a never-ending rate, it’s not too difficult to envisage that any gaps that emerge during these processes, might start to go unchecked. I honestly believe that’s what is happening with Google as a whole, and it’s evidenced in their Android offering.

Rewind 2 years and I would probably be singing a different tune. The latest Android release, Kit-Kat (4.4.x) was about to be released. Project Butter, from the jelly Bean (4.1/4.2) releases had smoothed and flattened the UI and made it much more responsive. The oft-referenced Android “jank” or “lag” associated with user operations was nearing extinction, and Google was also starting to implement improvements found in the community builds of Android, such as immersive mode, and all was looking rosey. Early adopters had suffered through the Froyo and Gingerbread days, and were finally on a stable platform which rivalled its competitors. Fast forward to Android 5.0 Lollipop, and it feels as though all of that hard work, that suffering, was for nothing.

Lollipop introduced a new UI, Material Design. Okay, some love it, some loathe it, but it’s there and it is what it is. Performance seemed smooth, but not a noticeable improvement on the Kit-Kat days. Then there is the Priority Mode. Again, it’s a divisive inclusion, but for me, it’s a complete and utter joke. Do Not Disturb options have been wed to the old Ringer notification options to create a hybrid that really doesn’t do the best of either and flatters to deceive. In “No Interruption” mode, I regularly have applications still making noise, forcing me to have to mute the ringer in any case. Then there is the biggest damp squib of all – Project Volta. Project Volta, for those that don’t know, is a project, very similar to that of Project Butter, in that its sole purpose was to zero in on a particular bugbear within the OS and correct it. With Project Butter it was transition and rendering performance within the UI. With Volta, it’s battery life. Well, they well and truly failed didn’t they? Almost to a man, anyone who purchased a 2015 flagship (most of which come with varying battery sizes of 2500 mAh to 3300 mAh) will have a “worse than expected battery life” story to tell. You can blame the manufacturers for a one-off device, but every device that shipped with Lollipop that I’ve personally tried, all had poor battery life. To clarify, poor battery life is, for me, less than 3 hours of screen on time, that is time I can actually use my phone for something, rather than wait to be alerted by it. That is rather woeful. Manufacturers have done a relatively good job of masking this by including fast charge capabilities and in some devices, wireless charging also. However, the long and short is that if the Android build they are running on is 5.0.x, you’re going to have poor battery life in my experience.

In conclusion, I think it’s fair to concede that Android has indeed improved since its inception. I’m not sure that this could be reasonably argued against. Whether it continues to improve and, more specifically, has improved in the latest couple of iterations all things considered, is up for debate. Lollipop could be a blip. It really could be. I hope it is frankly, because there is lots to like about Android. My gut and my experience tells me it isn’t though, and there is a little more mileage in this particular nosedive.

Couple the above points with the increasing ability for Google to “pull a Vista” by ruining functionality that was otherwise fine (previously in their Maps/Navigation software and Chrome to name just two) and we’re not looking at a particularly uplifting trend. Google, a company is known for its ability to deliver software, normally free of charge, and at a high standard, might just be lowering the bar slightly, and that worries me for now and the future specifically. I’ve seen other Google services drop off a cliff (Google + is one such application – created by a search company with the worst search options of any online service I’ve ever used. Seriously, just try searching for a community by keyword and ordering by number of members, or last post, or frequency of posts. I’ll save you the time – you can’t!!) and I really hope that Android isn’t one that follows suit. It remains to be seen whether Android’s forthcoming 6.0 release, codenamed Marshmallow, will deliver anything new that will reverse my judgement, but the Lollipop debacle has seen me, a long time Android user and lover, look elsewhere for potential alternatives for probably the first time since I held my Nexus One back in 2010. I’ll remain ever hopeful as it’s not all been bad over the years. However in 2015, with more compelling options available than ever before, I refuse to let my long-term relationship with Android hog-tie my daily requirements. I’m not adverse to switching services, and I’m not technically challenged. I can have my cake and eat it, and Google needs to keep baking delicious goodies to keep me as a customer. I’ll sample their forthcoming Marshmallow hors-d’oeuvre, but if I’m not satiated, I’ll go in search of other taste tests. I hear Apples are nice this time of year…

What do you think about the direction Google is taking and where their platform sits in the pantheon of mobile operating systems? Drop us a comment or discuss with us @MTTFeed.

Take a look below for some key features implemented throughout the Android lifecycle. 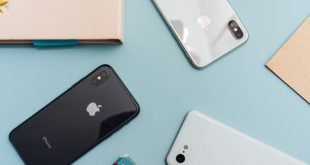 Should I Sell My iPhone Or Trade It In? 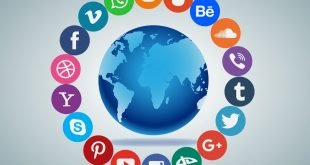 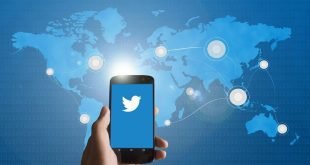