Adding Qi, easy or not?

If you’re not familiar with it, Qi which is pronounced “Chi” as in “Tai Chi” given the nature of a logographic written language, it has in our 26 lettered script been written as Chi, Ki, and Qi. The term itself meaning life energy force or flow. So wireless charging, energy flow, Qi, get it? Well I like the etymology of it even if the rest of the world seems oblivious.

I have a couple of devices that have Qi, a few that do not support Qi charging, which once you get used to having plugging in a cable seem so old fashioned. Having come across some universal Qi “receiver modules” before I thought I’d have a go at adding Qi to something, see how well it might work. Is it something that you can just add for a few quid? 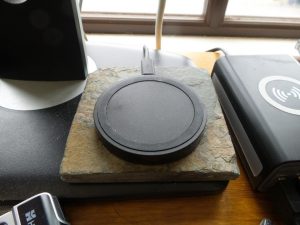 Anyway………. So my Nexus 5, Nexus 4 and Moto 360 all make use of Qi wireless charging and it’s really something you can quickly get used to. I have a Qi charger sitting on my desk and it just becomes the default place for me to put my phone down. It trickle charges so any time I pick it up I know that it’s ready to go. Let’s face with the awesomeness of the battery life on the Nexus 5, by which I of course mean it’s terrible, you want to keep that thing topped up. Qi is just handy to put down and forget about. 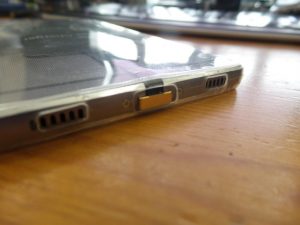 To eBay I went and I found some store in far away Cathay willing to ship me one for a just a few of my British pounds, thus I was set. Time went by and arrive it did so I immediately grabbed my Moto G 4G. A wonderful little device that sadly lacks Qi natively, it’s actually about the only thing it lacks so I was greatly looking forward to its addition. Sadly though it wasn’t quite that simple. While the Qi module plugged in to the G fine it didn’t quite fit inside. The connecter was a little long so it needed a fold added but the fold then meant the back wouldn’t close properly. So what about between the back and the case? Sadly again it just didn’t really quite fit snugly and so I felt I really had to remove it. 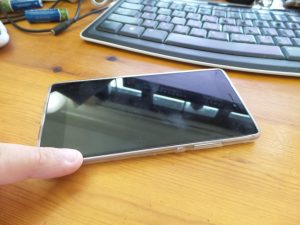 One down but next I thought I’d grab the Huawei P8. It’s another nice piece of kit that sadly lacks Qi. This time it’s a phone with a sealed back so under the case it must go. I tried but errr, no. It looked terrible. That the P8 has such a perfectly flat back means cases tend to fit it very snugly and thus the Qi module was extremely noticeable. However I have another case for it that might work better. Huzzah and it does. Who said getting 3 cases for a phone didn’t have a merit? Actually it would seem that 2 of the cases I have for it work. 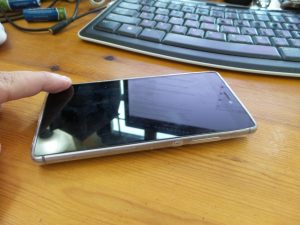 Given a little time with it now, the Qi module living on the back of my P8 I have come to have mixed feelings. While it works, mostly I just don’t like the look. You see one case is big with a front cover and I have just never been very taken with it and the other, well it’s a clear gel one. I don’t love gel cases to begin with but it’s got a big hump on its back. Okay maybe big is a little strong but because I know it’s there it seems to stand out a mile. I can’t make my self unsee it no matter what. 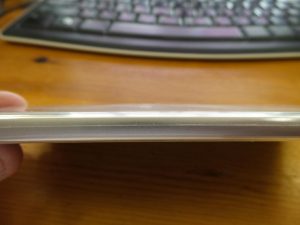 So how successful has the experiment in adding Qi to a non Qi device been? Well I think that the whopping £2.59 I spent was worth it. I think that if the P8 was my everyday device (okay, only device) then I’d grab a couple more cases and see if I could find something I was happy with, something that hides that Qi module bump. I want to say maybe if it wasn’t a perfectly flat backed device but then the Moto G wasn’t and it just did not work at all. Perhaps a different module, maybe a little shorter or thinner one would have squeezed under the Moto G’s back? I don’t know. As experiments go it was worth the outlay but I think that one problem will remain. Phones are just all so different and therefore creating a “universal” Qi module means it’s never going to be tailored to the phone. It is always going to be a little bit of a fudge I fear and while I love the idea the implementation didn’t quite work. It is usable, very usable and if I only ever used one device I bet I’d have stuck with it but…. I have to have charging cables around anyway for other things. 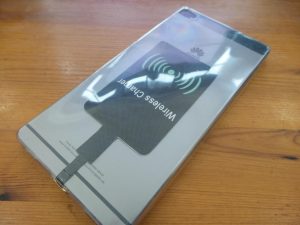 Ultimately, for the price it was well worth the try. I’m not happy with it on the back of the P8 but at the same time I find I still haven’t removed it. I don’t like the bump and I don’t like the case I have to use with it yet I can’t seem to remove them. A part of me really wants to, it all ruins the beautiful aesthetic of the P8 but I still just can’t seem to bring myself to do it, two weeks on. I don’t like it and am not happy with its presence but I can’t seem to part with it. Whether that is an endorsement or a condemnation I honestly can’t tell at this point. Given they can be had so cheaply I suppose I must conclude, try one see what you make of it.