Can a third Platform exist without Google’s Blessing?

Since the meteoric rise of Android and iOS in the late 2000’s, the question was whether or not there would be a definitive third platform, or whether iOS and Android would just destroy the market.

For the first few years, there were a good few platforms, we had the dwindling but still prominent BlackBerry OS, Windows Mobile 6.5 and even for a short time, webOS (pour one out). But as time has progressed, it’s become obvious that the only real options are iOS and Android, and I think it’s pretty obvious why. For me, It’s all to do with Google. 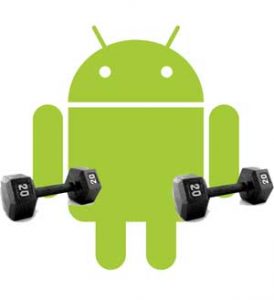 There is no platform more obvious that this is with than Windows Phone (now Windows 10 Mobile), Windows Phone/Windows Mobile has some amazing parts of it, the Live Tiles are really well implemented, nice, streamlined, and for a while, had the best camera experience of any platform. But the problem with Windows Phone from it’s inception was the app gap, and nowhere was that more prominent than the glaring lack of any google service. Getting the full suite of Google Services is something that has most certainly helped iOS, and of course, Android. But Windows Phone had no YouTube, no Google Maps, Google Calendar, Google Drive Suite (including Docs,Slides etc), No Google +, No Hangouts none of them, and I can’t say that adding Google services would have catapulted Windows Phone to the front, but when a prominent player such as Google is refusing to make applications for your platform, what incentive do other smaller companies?.

We have seen some platforms try to sidestep this with Android App support, namely Blackberry 10 and Sailfish OS, but those don’t solve the real problem, it’s got Android application support, but not Google Support, and with so many Android apps tieing into Google Services, there are less and fewer ones that work. Even then, with that as a bandage, Developers still have no incentive to write purpose-built apps for your platform, because they can build a great app for the platform that has proven they can make money for the developer, and just get it to run on your platform.

BB10 and Sailfish ran Android apps, and you could even get Google Play Services running on them, but that still negates the point, these are all things that the end-user has to do, they’re still not sanctioned things and it just enforces the view that your platform isn’t good enough for first party apps. Google still doesn’t think you’re good enough to make apps for you, so why should a small indie game developer, or a new social network?.

One of the reasons I attribute both Android’s success, and iOS’s, is that it had Google’s full support behind them, and for a lot of people, Google is the internet, so having the full suite of Google apps on an Android Phone and the iPhone and even specialised iPad apps, it shows that Google thinks they are both first party citizens, that they are worth developing for. But Windows Phone? It doesn’t even have an official Youtube app, it doesn’t have a hangouts app, or Google Maps, and the Google App is so out of date it’s not even funny.

Whilst i’m not naive and i don’t think that just adding google services would fix everyone’s problems, i think it definitely would have helped certain platforms to be “blessed” by Google from the start. Even a rudimentary suite of Google Apps would have most certainly helped Windows Phone and to an extent BlackBerry 10 have better adoption than they did. Why should Facebook, Twitter, Snapchat or Netflix (though Netflix have a WP app) make an app for your platform when Google doesn’t think it’s worthy. I don’t write this as a Google fanboy, but the reality is, for a lot of people “The Internet” means one or two things, the internet is either Google, or Facebook, and Facebook is powerful, but it is not at the same level as Google.

I wanted Windows Phone to thrive, I still to this day love using BlackBerry 10, and Open webOS showed promise. Jolla with Sailfish showed a spark and Ubuntu Touch was packed with cool new features, but they all fell by the wayside, They all struggled to get much adoption, and what do they all have in common? Google shunned them. In some cases Google were close to co-operating, In the early days Google showed some sort of Support for webOS, and Google did make a YouTube app for windows phone that lasted about 6 hours before being pulled. One of the strengths iOS has in the world is just how much effort Google puts into its suite of available applications, they are usually very polished, regularly updated, get new features and some times get features before their Android counterparts. If Google hadn’t supported iOS from the start, there is a very high likelihood that It wouldn’t be as prominent as it is today, could you imagine not having a YouTube app on iOS? and as we’ve seen on Windows Phone, for a lot of people, that was a tipping point, YouTube is almost as ubiquitous as Google, a lot of people don’t even know Google own YouTube and when they hear they cant get it on their device? they’re not pleased about it.

This isn’t a puff piece on 23how great Google is, and it’s not a bash piece on how crappy all of those other platforms are, far from it. This piece is on how integral Google is to a lot of people, and how I feel that If Google says something isn;t worth developing for, a lot of developers listen, and a lot of customers hear it. The World would be better if there was more choice, if consumers had more than 2 choices, but sadly that is not the world we live in, and that makes me sad.

(Silently pour one out for webOS)