Xiaomi flood the market with an awful lot of mobile technology. From disruptive smartphones, to drones, to smart bands and wearables, Xiaomi are now a relatively well-known brand to tech heads here in the West. With the Xiaomi Smart Trainers (mysteriously difficult to find to import anywhere) have they taken the next logical step, literally, in fitness based wearables? Let’s take a look in our review. 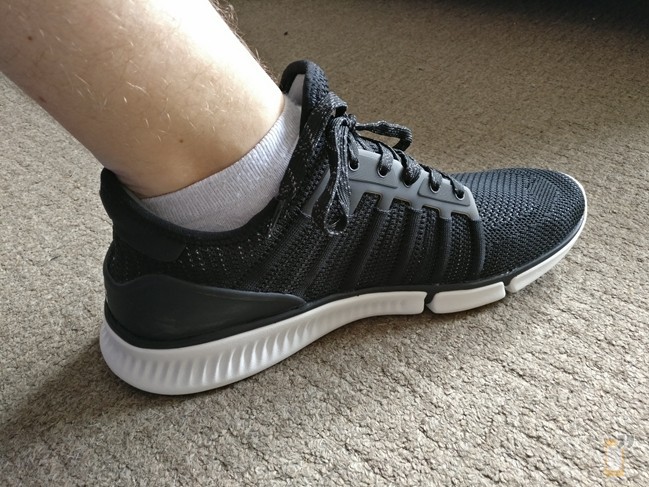 Let’s just jump straight in there shall we? It’s always not quite sat right with me that those wishing to accurately recorded their steps put something on their wrist. I type an awful lot on a daily basis for work, and as such I can quite easily be sitting with over 8,000 steps a day without ever leaving my desk such is the accuracy of many of the trackers on the market I’ve tested (including Android Wear options, Garmin, and Xiaomi’s own MiBand 1, 1S, and 2). Your mileage on that may vary but the argument I’d put forward is that having something strapped or attached to the part of your anatomy that actually does the running/walking/steps you’re looking to record might be a tad bit more reliable, let alone sensible, right?

Xiaomi hear you. They have the Xiaomi Smart Trainers for that very purpose.

In the now commonplace brown Xiaomi box, comes the Xiaomi Smart Trainers themselves (I’m refusing to use the word sneakers!), the Smart Chip and a Chinese language user guide. Don’t worry too much about that last point. Simply grab the MiFit app from the relevant App Store and you’re good to go.

Pairing is a breeze and then there are some quick calibration steps to go through which helps the trainers deliver a more precise recording. Strangely though, no matter how often I tried, the data sync and connection is only successful if you have your location services enabled as well as the Bluetooth services. This is a growing trend in smart wearable devices and one I am no fan of. Why location services is required to connect via Bluetooth is anybody’s guess. 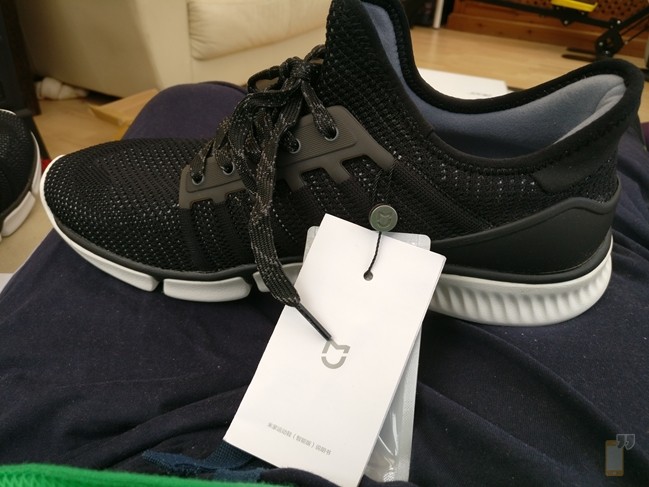 I was a little worried about what my sub-£50 purchase would mean for mainstay requirements of trainers, such as comfort and fit. Thankfully Xiaomi have delivered in this area. I order a 10.5 (UK) size just to be safe as I’m usually a 10, and the 10 would have fit absolutely perfectly, however the 10.5 fits great too. Suffice to say, don’t worry about the weird sizing; convert from EU to UK and be confident they’ll fit.

They are very comfortable also. More so than I expected. The airy construction is reminiscent of the Nike Free Trainer, but a full £30-£40 cheaper. I’m under no illusions that the construction isn’t going to be of the same quality, but so far so good and that’s all I can comment on. They feel light too and are perfect for gym work.

When you want to use the technology within the Xiaomi Smart chip, it’s relatively easy to do so. To start with the chip can be added to either the left or right shoe, and sits housed within an IP67 rated small plastic capsule and is powered by a conventional CR2032 battery. Also, don’t worry if you’re a little heavy set. The casing can withstand weights of up to 200KG! The smart chip sits within either trainer within a special compartment under the inner and at first glance it looks like it lacks a little finesses but it’s actually a really good solution. You certainly can’t feel the chip under the insoles. 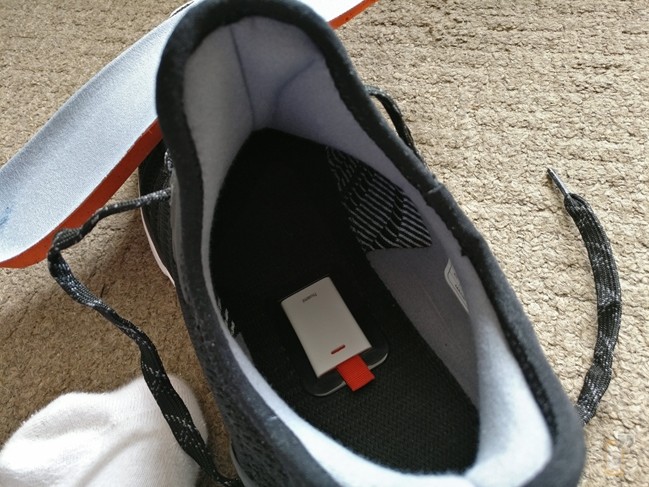 I’ve been using the smart trainers 4-5 times a week for the last couple of weeks and the Mi Fit app still tells me the CR2032 battery is fully charged so that should give some indication of how long this is going to last.

That power is going to be put to good use when you’re on that treadmill at the gym or out jogging, but battery life on a device that isn’t accurate isn’t helping anybody. Thankfully I can say that the accuracy here was what I expected. That is to say more than acceptable, whilst still not being 100%.

I tested waking around the garden to begin with and I managed 100 steps on three separate occasions. The app, when synchronised registered 105, 103, and 97 steps respectively which I think is within the margin of error. Obviously sitting on a chair and tapping your feet might increase the level of ambiguity in your step count, but just be aware. I personally only use these trainers when I intentionally go to work out so for me, it’s accurate enough.

There’s really not much more to say about this product. Less than £50 wouldn’t get you a decent pair of trainers here in the UK from an established brand, so to get a well crafted pair of trainers which alone would be good for gym work, and to have some nice tech inside is a bargain I believe.

The chip is battery efficient and has the ability to deliver some very accurate results, as well as being logically situated. The app itself could be improved in terms of the metrics you can report on, but it’s part of Xiaomi’s larger Mi Fit eco-system and can be paired with a few more of their smart wearables for a more rounded experience.

If you fancy getting fit, and being safe in the knowledge you’re using some decent tech in the process, then I can only recommend you check these out. Please be aware that import duty can clobber you but via DHL and Gearbest I scraped through without issue. 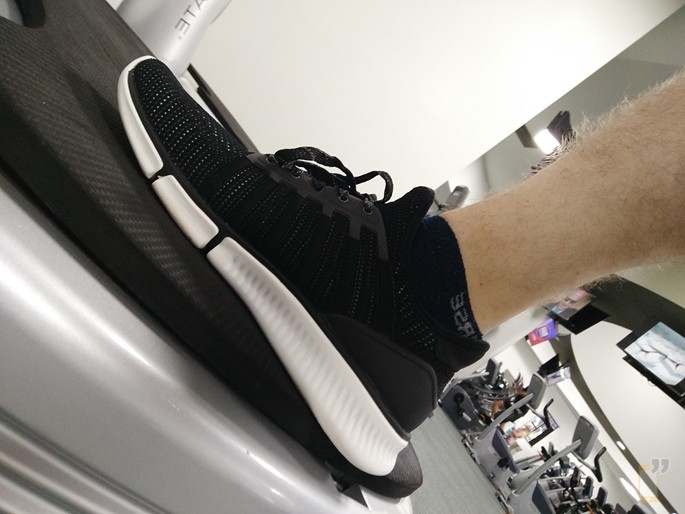