The branding for these Urbanista Berlin IEMs might just tell you everything you need to know about them. Fashionista, Hipster, Urbanista. 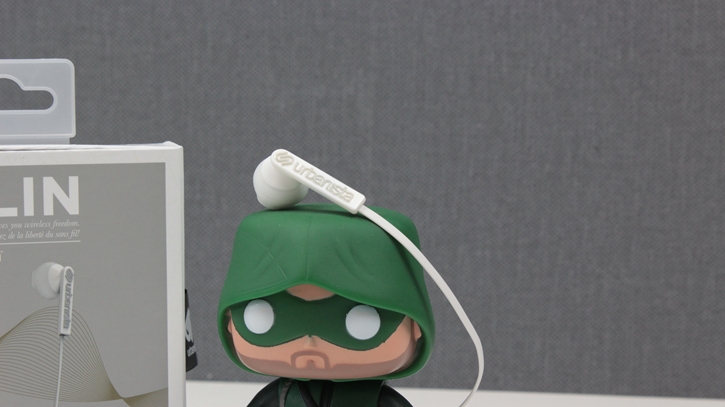 A quick look inside the packaging of the Urbanista Berlin earphones and you’re greeted with a hipster-looking male model wearing some Urbanista products, sporting sunglasses, walking alongside a bike, and carrying a Macbook. There is a clear demographic that Urbanista are targeting with their brand. That’s perfectly natural. All companies spend time tailoring their products to a specific demographic or market segment in order to maximise revenue.

Yeah, that’s a fine tactic but you need to get the product just right if you’re doing this. Target sports or fitness fanatics with a product and it needs to be durable, and rugged. Target the modern hipster-beard wielding millennial, and your product not only needs to look the part, but it needs to perform for the no doubt slightly higher price that will be asked for it. That’s the Urbanista Berlin in a nutshell.

I spent a few weeks with the Fluffy Cloud colour variant putting it through its paces and it certainly does look the part. Oh, I’m sorry, you have questions about the name of that colour? Wait, there’s more. The other colours available are the rather normally named Rose Gold, as well as the more extravagant Blue Petroleum, and Dark Clown, or Black to you and I.

Let’s take a look around the product. It’s a looker for sure. The earpod style buds are silicone coated and lead into a slightly longer stem then you’d get normally, to display the Urbanista branding. From the pods themselves flows the flat tangle-free cable interrupted only by the control pod hanging from the right ear pod. That unit houses a ‘+’ and ‘-‘ buttons which control the volume and tracks, as well as a multi-purpose Urbanista branded button to control power, pairing and to receive calls. Along the edge of the control unit is the silicone-flap covered microUSB port for charging.

Wearing the Urbanista Berlin ear pods was an interesting experience, and one I can only suggest would be similar to the Apple experience. In my usage (a couple of 2 hours sessions as well as numerous shorter duration uses) I found that the pods felt an incremental improvement on many similarly priced IEMs with the usual rounded silicone tips/buds. I always seem to have issues with my left hand ear requiring a larger set of tips due to, presumably, my ear canal being larger on that side. In this case I was left disappointed however as the left pod kept slipping out or feeling a little uncomfortable. I’m quite happy to put that down to my obviously abnormal left ear! The right was nice and snug, and felt absolutely fine over long periods. I doubt this would be a problem for most.

What I believe just might be an issue however is the unbalanced design of this unit. Urbanista have, in my opinion, fell into the same trap as many other Bluetooth manufacturers in making the control pod easily accessible to users’ hands, but making it effectively drag the opposite side down. The Berlin can be worn in front or behind the neck but I found the right hand weighty enough, due to the control unit, to pull the left. Come to think of it, that might be what was causing the slip. Love them or loathe them, the Xqisit iE200 units I reviewed had the right idea – they evened out the weight on both sides. Problem solved. Sadly Urbanista didn’t do this and it is a pet peeve of mine. 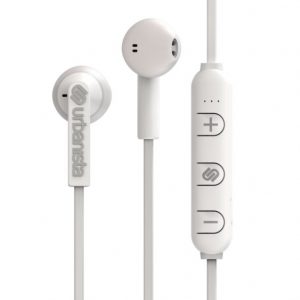 In terms of the sound from the 13.2mm drivers on the Urbanista Berlin, well, it’s not awful, but it’s far from great at a £40 price point. The first thing you get from these is a sound you might have been able to guess from the packaging or the design; it has lots of bass. Lots of it. It’s a little muddy though and it bleeds into the mids too making them likewise. Treble seems to have been an after thought here. Be it Pop, Hip-Hop, R&B, Accoustic, or Rock-based tunes, the lows are the overriding aspect of every song you’re going to listen too. They’re Beats-level basshead bait. Now, that being said, it’s not the worst audio I’ve ever heard from a Bluetooth set of IEMs. On some songs the mids do come through and add to the experience, but as soon as it’s in, it’s merged with the bass of that particular song. It’s not so muddy that you can’t understand lyrics, or other instrumental aspects of the song, it’s just that the bass is weighted much heavier than the other aspects.

For those who take call quality on headphones seriously, well these aren’t the best, but I’ve heard worse. Let’s say par for the course and suggest that these should only be used for brief calls rather than long rambles. Crisp enough, but poor cancellation makes for a mixed call experience.

Maybe for those looking for a commuter friendly, bass-heavy, set of buds would find a good home for these. They certainly last long enough to be a commuters’ best friend. Of the 4 hours of playback that Urbanista claim, we’ve managed just above that in our test with a high of 4 hours 15mins (approx) being hit over three shorter sessions. Not too shabby at all considering the integrated battery of 300 mAh.

In conclusion, the Urbanista Berlin ear pods just didn’t quite make the grade for me. If these were available for the sub-£30 mark, I might be more tempted to suggest them. However, I just couldn’t shake the thought that I’d reviewed cheaper units, that were as comfortable with a more balanced sound signature in 2016. True, these look the part and the colour variants could certainly accent one’s apparel. However if you pick your headphones on quality rather than how they complement your ‘garms’, then you might find these a little lacking. Could do better Urbanista. 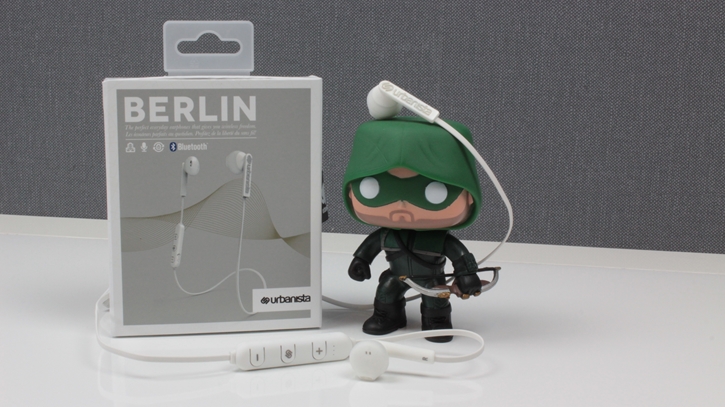