TP-Link Archer T4U: If You Need WiFi, And It Needs To Be Fast

I haven’t used a lot of Wi-Fi adapters before, that makes it even more interesting to test the Archer T4U Wi-Fi adapter made by TP-Link. Wi-Fi is an utmost importance for some (including me), and the speed of it may even be more important. Today we’re going to take a look to see if the TP-Link Adapter is something you may want to take a look at if you’re in the search for a Wi-Fi adapter.

TP-Link provided me with the Archer T4U for review, and as always they had no influence on the editorial outcome of this review.

Even though I haven’t used a lot of Wi-Fi adapters before, giving you my judgement on its build quality of course isn’t an issue at all. When I took it out of the box for the first time I expected it to be a lot bigger, especially since a lot of people were saying that it was “way too large” and “blocking multiple USB ports”. 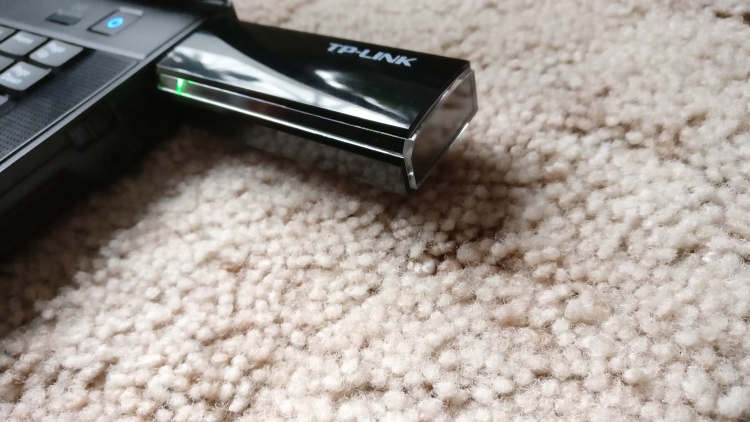 The entire adapter is made of a shiny black plastic which loves to pick up fingerprints and dust. That, on its own is not a problem at all, because why would it need to be made of a very high quality material if you almost never touch it. The part that includes the network connection could use some more attention though, as I could feel it moving with very little pressure. I’d also like to mention the WPS button on the device, it moves around a little while shaking the adapter. Yeah, they are two minor things that could use some improvements, but I don’t think these things should keep you away from buying the Wi-Fi adapter.

When I saw it sitting inside its box I liked the look of the Wi-Fi adapter right away. The glossy black finish gives it a nice look and it definitely looks different compared to how it would be if TP-Link had decided for a matte black material. 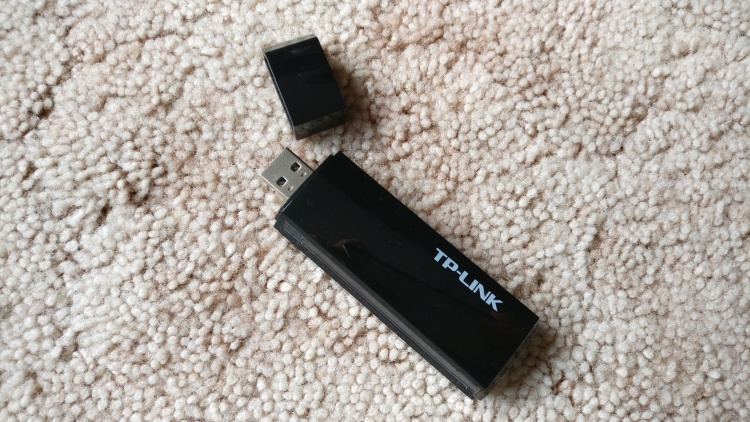 On the side of the device TP-Link made use of clear plastic with the Network Connection light embedded in there near the USB port. Altogether TP-Link did a great job of making the adapter look like an adapter, very functional. There may not be a lot going on here, but are you going to be looking at this adapter every time you use it?

Testing a Wi-Fi adapter sounds easier than it is really. I’ve been testing the Wi-Fi adapter for the past 3 weeks together with my Dell Latitude E6410 running on Windows 10. Unfortunately it doesn’t have a USB 3.0 port, which means that I haven’t been able to test it with the high-speed USB transfer speeds of USB 3.0. The installation process was really easy, and actually it was just Plug and Play. Windows recognised the Wi-Fi adapter immediately, and after entering the Wi-Fi password I was ready to go. 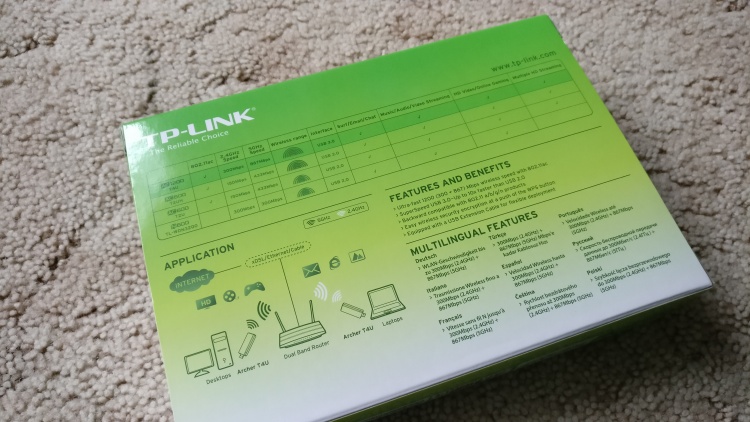 My home Wi-Fi is limited to 40Mbps, while in practice you could say that it comes closer to 30Mbps. Over the past three weeks I’ve been using it for all my daily tasks, including just normal web browsing, watching videos and downloading files (average size about 200mb) and it feels very fluid, no hiccups whatsoever. You could even say that compared to the internal Wi-Fi chip the adapter is a lot faster, but then again, this laptop was made in 2011, and Wi-Fi AC arrived 2 years later at the end of 2013.

Like I just said, the max speed in my house is about 30Mbps downstairs and on the 1st floor. While it’s hard to test this while normally operating my laptop, we’ve got ourselves an easy solution; Speedtest.net. I’ve tested the Wi-Fi Adapter both up and downstairs with similar results, even though there a lot of concrete between the router and the adapter. The 1st test was executed upstairs and the 2nd picture shows the test executed downstairs, closer to the router.

You can see the results of both of my tests, and they show that this adapter is more than capable of handling my Wi-Fi network at its maximum speed. 30Mbps is nothing, but according to TP-Link the adapter is capable of receiving up to 1200Mbps (5GHz: 867Mbps, 2.4GHz: 300Mbps.) While I cannot test this, rest assured that you’ll be able to get some nice (more than ‘just’ usable) speeds while making use of this adapter.

The TP-Link Archer T4U is currently priced £19.29 over at Amazon. If you’re looking into buying a pretty good-looking, decently built, and fast Wi-Fi adapter you should be considering the TP-Link Archer T4U. This is one of those products which you may ask yourself whether you can get something decent for its price, and rest assured, you’ll be a happy owner once you buy it! 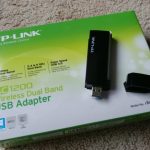