See what I did there? Go on, read the title again and marvel at my comedic genius. Now, on to the Topop Wireless Doorbell set. We were given the option of reviewing this, and as luck would have it my current doorbell had run out of battery and these had just been delivered. So, yes it’s a doorbell but what else do you get with this package and how is it different, if at all, from other similar items. Let’s check it out. 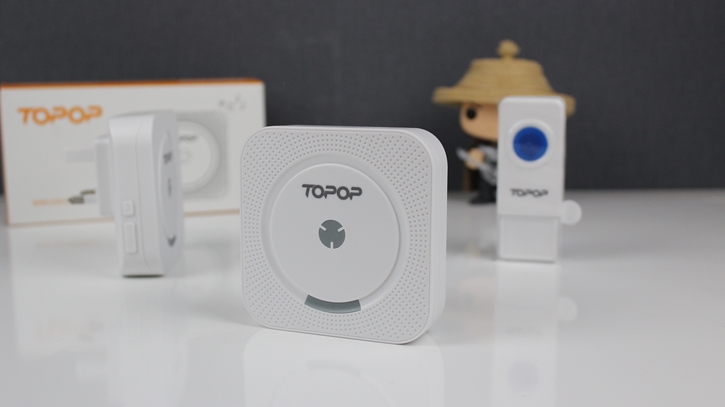 In the thankfully small package, that unfortunately came in an Amazon box 6 times too large, you get two plugin audible stations, and the doorbell itself, as well as some double-sided mounting tape as well as a screw mounting kit for the bell if preferred. There’s also a little quick start guide which actually gives a little more information about expanding the setup to more base stations as these can be purchased individually.

The Topop Wireless Doorbell is exactly what you’d expect. There are two wall units that can be plugged into any outlet and wireless connect to the Doorbell situated at, presumably, the front door. In my test case, I have the doorbell on the front door mounted with the double-sided 3M tape, and one unit in the hall, and one unit in a different building on our land about 30 metres away. My Wife is often working in this other building and obviously misses numerous packages (usually for me!) because there is no audible note that somebody is at the door.

The wall plugs are relatively simplistic which is perfect for this sort of technology. There’s a button to control the volume of the chime and the selection of it can be controlled by the up and down buttons. There are 52 individual chimes ranging from the classy to the downright mental. From “Swan Lake” and “Jingle Bells” to a generic chime and and ding-dong, to “Hey Jude” by the Beatles. Everything is included and I made my Wife mad going through to choose which one to use! Nice to have the choice though.

In my testing I haven’t been able to stretch the system to not actually be able to chime, no matter where within the house I put the wall plugs. I even went down to my greenhouse which is a good 50 metres from the front door as the crow flies, and it still managed to deliver a chime when tested. Topop claim that the working operation range is up to 1000 feet which is a good long distance but will be inhibited by walls and the like, so your mileage may vary a little.

In our testing though this little box of tricks was a nice addition at just he right time. It’s a little bulky on the wall sockets, but it uses that bulk to deliver up to 110 decibels of noise alerting you to your front door, so I forgive it for that. If that noise is a little too distracting for you, not only can you change the volume but there’s also a small LED notification that illuminates. If your wall sockets are particularly high this might be handy, but the sound will do fine for me.

The doorbell itself is powered by a small 12v 23A battery which is easily changed when required, and the enclosure itself is IP55 waterproof for use outside. You’ll need to change the sticky pad before the unit I think. If you’re thinking of mounting the doorbell rather than sticking it on your door, then it comes with a little screwdriver as well as the mounting unit. You’ll need to add your own drill though!

In conclusion, this is a simple product which just works. It’s not the greatest looking product in the world but it took all of 30 seconds to setup and then you just forget about it. That is until you stop to listen to “Ave Maria” when you should be answering your door! For £18.99 for the pack of two receives, and with the ability to expand and pair additional receivers if required, I can’t recommend this enough for those wishing to go wireless with their doorbell. Good value and simple, the way technology should be. 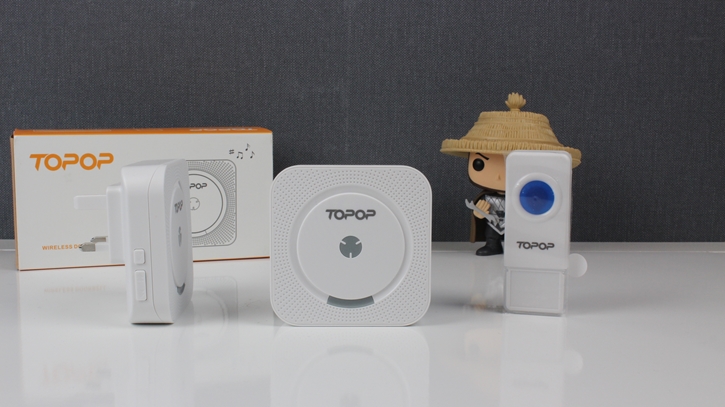