I’ll level with you; I wasn’t looking forward to reviewing the Sony Xperia 1. My time with Sony devices over the years has preconditioned me to initially smile at the spec sheet, cringe a little when I hold it, and flat out sigh when I start to use it daily. Let’s see if the Sony Xperia 1, their latest flagship smartphone, did anything to change my opinion.

Firstly, thanks to our friends over at Vodafone for helping us out with a review unit. Head on over to the Vodafone store to check out pricing and availability, as well as tariff options on the Sony Xperia 1. 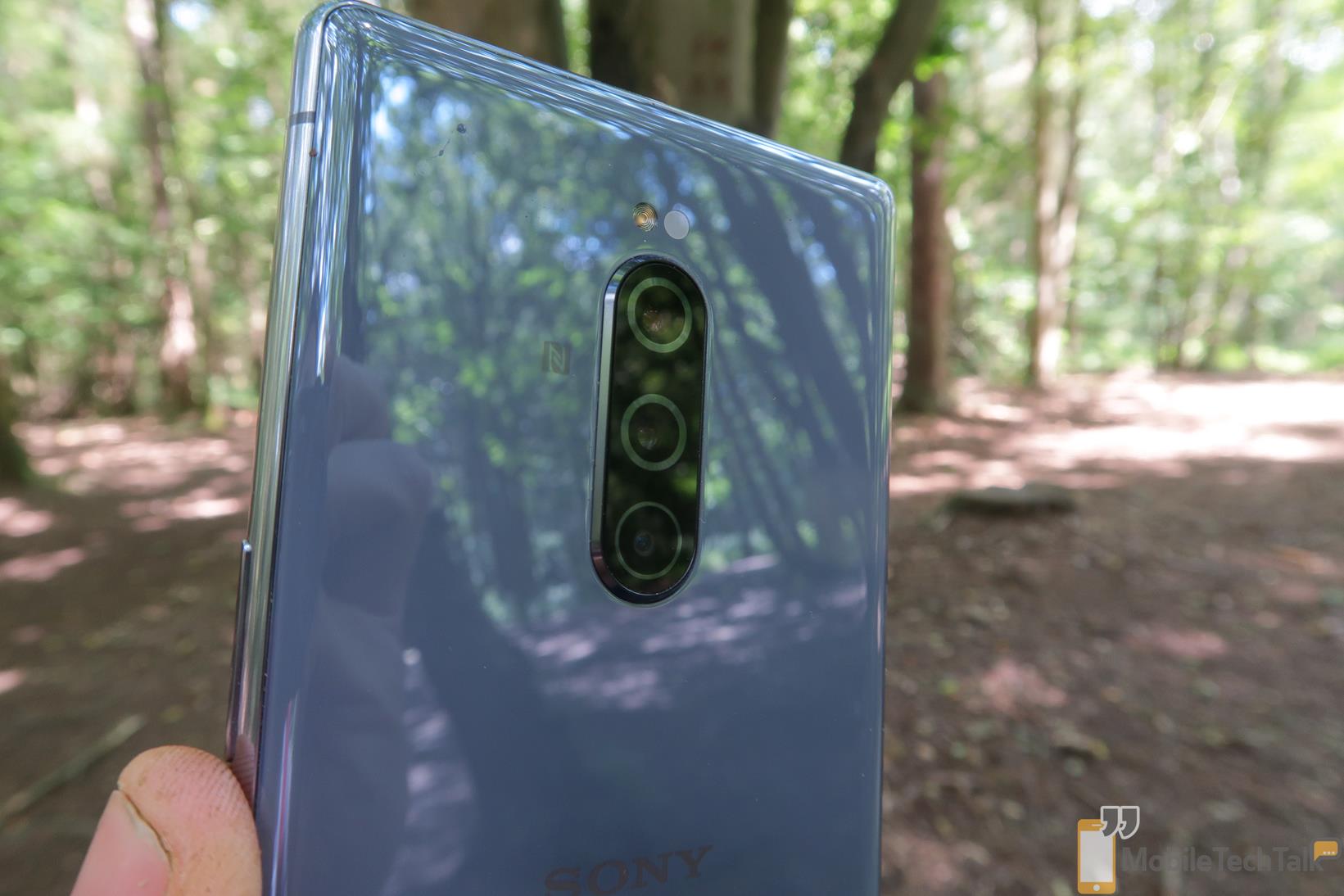 I’ll be kind to you all. Ladies and Gents, the Sony Xperia 1 in a nutshell:

Let’s start where it makes sense to, with the aesthetics. The Sony Xperia 1 is, for me, the most gorgeous device that Sony has ever produced in the smartphone market. It’s also one of the strangest at a glance. The 21:9 aspect ratio makes this a rather tall smartphone when compared to other flagships but that height is offset by its slender width which makes for an easier and more comfortable one-handed experience. Scrolling through apps is nice and easy thanks to this. This aspect ratio is also starting to be favoured by a lot of the hottest content creators of the moment, with many experimenting with 21:9 videos.

That aspect ratio is deployed on top of the world’s first 4K HDR OLED display. Sony isn’t new to breaking the boundaries of smartphone displays, but the idea of a 4K HDR display on a device this size is either breath taking or nonsensical. Based on my usage I’d have to say a bit of both. It’ll purely depend on which side of the fence you fall down on. Money could have been saved by dialling this back, but there is no denying how gorgeous the display is.

Gorilla Glass 6 protects the front and the back of the device with a brushed aluminium frame housing. Along the bottom of that housing is a speaker grille, USB-C port, and pinhole microphone, and along the right edge is the dedicated camera button, power button, fingerprint scanner, and volume rocker. Up top is the SIM card slot, along with another pinhole microphone. Sony also crammed in IP68 water and dust resistance too for those of an adventurous nature.

There is an elegant curve to each of the edges and corners that further cements this as Sony’s most beautiful device to date, and with the device topping the scales at 178 grams, there is a premium feel all around the design of the Xperia 1.

Before we get into the silicon here, it’s worth sticking with the display a while longer. The 4K HDR-capable 6.5-inch OLED display on offer here is perhaps one of the nicest I’ve used on a smartphone to date. It’s incredibly sharp, and the colour is deep and rich, meaning content consumption, where you can find 21:9 media, is compelling and immersive.

Whilst the Sony Xperia 1 is heralded as the world’s first 4K HDR OLED display (which it clearly is) the maximum brightness it can reach does hinder it. Watch anything deep, dark, and murky on the screen and it starts to become difficult to distinguish shapes. What it does show looks lovely, but we’d like to have seen the maximum brightness break the 400 nit barrier. As things stand, in the sun, thanks to an already glossy screen, you’re going to have a bad time.

The sheer numbers related to the screen are however worth taking note of; 6.5-inch screen, a resolution of 1644 x 3840 pixels, and a pixel per inch count of 643. Given many competitors struggle to hit the 400 ppi mark, this is immense.

All of that is for not however if you don’t have the ability to drive the display, and Qualcomm’s latest silicon, the Snapdragon 855 does that with grace and consistency. Applications fly on the Sony Xperia 1, and we never had any ‘Android Jank’ during our testing, both in gaming or in general tasks, such as browsing, social media, or YouTube consumption. Multi-tasking is bliss also with the included 6GB of RAM (yes, you don’t really need more in 2019) managing to deliver a good balance between “high number means good” marketing guff, and good stable performance.

The Sony Xperia 1 needs a bigger battery. There, I said it. 3330 mAh is not enough to cope with that size of a screen, at that resolution (whether you use the adaptive mode or not) and keep things ticking over in the Android ecosystem for a days use.

If you’re a light user you might get through a day, but with any gaming, media consumption or creation, or some Bluetooth streaming on your commutes, you’re going to probably end up, as I did, reaching for a portable charger in the afternoon.

When that juice does start to drain, there is at least the saving grace of 18W fast charging available which will get you back up and running. In 2019, as with the preceding two or three years to be fair, this shouldn’t be required. If only this device had wireless charging.

Something you can sing about, however, is the fact Sony is, year on year, heeding the advice seemingly shoved down their throats, to take things more stock. The software experience on the Sony Xperia 1 is, by in large, relatively stock feeling.

Running Android Pie (9.0) out of the gate, the Xperia 1 keeps things simple, with clean lines, and speedy animations for the most part.

The gesture-based navigation built into the software means that navigating the tall screen is easier, and Sony even includes a few features of their own to help there, such as Multi-window and Side Sense which allows a double tap to the edge of the screen to display some quick apps. These are some interesting inclusions, and it reminds me of what Motorola started doing after their closer working relationship with Google back in the day, and that’s no bad thing. Sadly the Side Sense gestures are a little difficult to nail 100% of the time due to the lack of a pronounced curved screen, so your mileage might vary, but the option is a nice one.

Sony also includes some optical specific applications for the budding content creators out there, which this device is most certainly aimed at. Check out the video below to learn more about Creator Mode.

Whilst devices other than Google Pixels usually get a few things wrong on the software front, the landscape is improving. The Sony Xperia 1 can now count itself as one of that particular group that is starting to do more with less, and I for one am extremely thankful for this.

Well, here we are. Welcome! Come and take a little journey with me through the quagmire that is Sony’s dichotomic optical implementations. You’ve no doubt skipped straight to this part to see whether this Sony device is any different to the rest. I’ll save you some time; it is better than anything Sony has delivered before, but it’s still far from class leading.

You see, the issue here is that it does really well in some situations, both in video and in stills, but it just fails at some basics such as colour reproduction, stabilisation (in videos) and dynamic range, which for a device that is priding itself on delivering a great content-based (creating or consuming) experience, is problematic.

The three cameras on display here are worthy enough on paper, and they do deliver some good stills (see below) 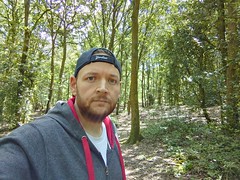 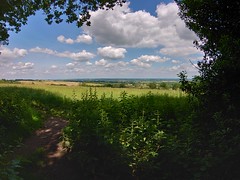 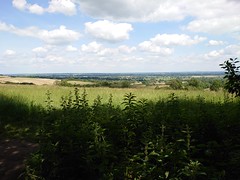 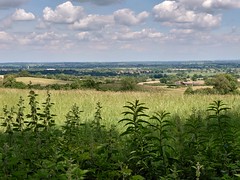 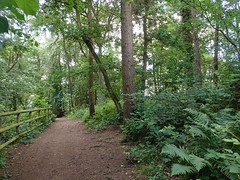 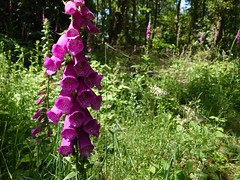 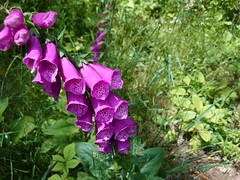 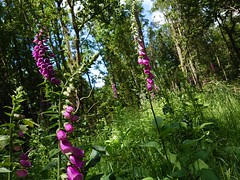 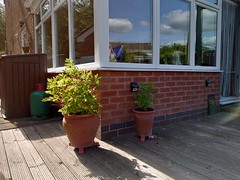 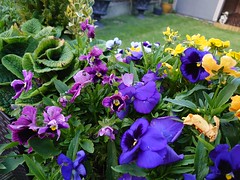 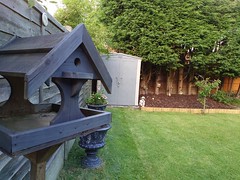 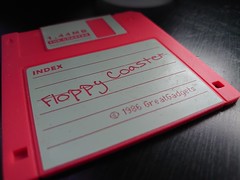 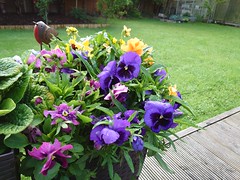 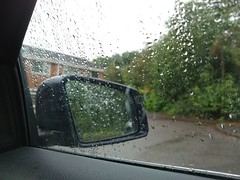 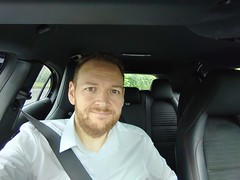 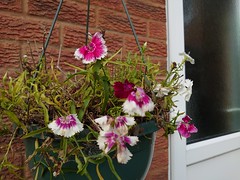 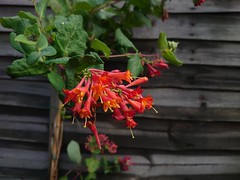 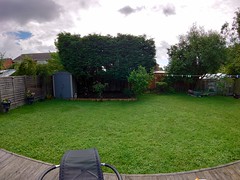 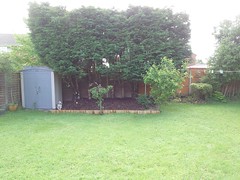 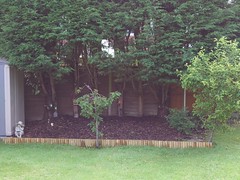 The video, on the other hand, is a little hit and miss in terms of dynamic range, but the stabilisation is the biggest problem. I’m sure some of this can be resolved in future updates, but it still astounds me how Sony can deliver capable, solid implementations of their optics to many other device manufacturers to embed into their own phones, but fail miserably to recreate that with their own. I’ll let you see for yourself below.

There are some nice features to be found in the use of the Xperia 1’s camera setup. 10fps burst mode is fun to tinker with, auto-focus is excellent due to the dual pixel PDAF inclusion, and portrait shots aren’t too shabby either. There’s also some smart scene detection to help with the post-processing of certain compositions. Some of the shots I took for this review were accurately labelled as ‘scenery’ or ‘grass’, and the vibrancy turned up a little to make the colours pop.

Manual mode is available for you to play with the focus, ISO and other idiosyncrasies too, and it is true you can get a tune out of the Xperia 1 when dialling in the settings yourself.

With all the above said, when the experience is good, it’s very good and the best Sony has offered to date. It needs some tweaking, and it needs some assistance on the stabilisation front, but the average user can get a serviceable point-and-click picture from the Xperia 1. At £850 unlocked, I’m betting many of those same users would be expecting a lot more.

My TL;DR said it all really.

Is the Sony Xperia 1 a good device. Undoubtedly so. The performance it delivers, the screen real estate, the stock software look and feel, the design and general aesthetic of the unit; everything screams premium until you get to the optics. I could have pulled this off any of my own team’s Sony reviews from years passed or any other review on the Internet quite frankly.

At £850 unlocked, and with the dearth of great midrange devices delivering almost the same optical package, Sony has another hard sell on its hands. The issue Sony has is that they are no LG (audio/content creator King?). They’re no Samsung (arguably the Apple equivalent in Android-world), and they’re no Huawei (innovative and boundary-pushing). They have no unique selling point, and despite the device having a lot going for it, I struggle to recommend it over any other flagship Android device.

On its own though, it does deliver most of what is required from a flagship, it just should have gone to Specsavers. 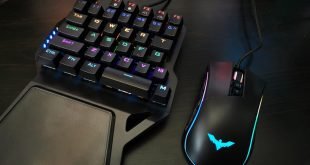 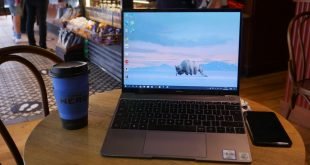