Review: HTC One A9

HTC attempt to find their footing again with a design that is half HTC One M9 and half Apple at first look. Will this be the phone to bring HTC back to the table with the big boys, or is their much referenced industrial design proving to be too lacklustre for the those consumers calling out for innovation? Let’s take a look in the full review of the HTC One A9.

The model I have here is a Deep Garnet with 2GB RAM and 16GB of storage. So lets check it out and see what the HTC One A9 has to offer.

So as always let’s get them specs out-of-the-way. We are looking at:

As you can see it is not badly spec’ed. This is a decidedly mid-range device with the emphasis on aesthetics, but it’s certainly no slouch with those specifications.

So as far as an unboxing goes it was a pretty standard affair. The top of the box does however have a textured dot pattern over the top which is something you’ll notice straight away. Sliding of the lid you’re greeted with the device. Popping the device out of its tray and then removing the tray reveals some paperwork and accessories. A pretty standard quick start guide, warranty and safety info as well as a SIM card removal tool to release the SIM and microSD card slots are found. Now for accessories. In the box you get the standard HTC kit.

One thing I did notice was that the plug was not a quick charge. It was just a standard plug that outputted at 1.5 amps. Moto also pulled this trick with their Moto X Play, the biggest phone currently on sale (when writing this review). Why manufactures don’t supply quick charge plugs for quick charge supported devices to me is ludicrous. Though I’d expect it’s to save money.

As I mentioned the HTC One A9 comes with Android 6.0 out the box with HTC Sense 7.0_g. Now I know some of you will be asking what the hell does the _g mean? Well at first I was unsure but from what I have researched it is a different version of Sense which allows HTC to push updates quicker. It still looks and behaves like Sense 7. One thing I did notice in finger print settings the were two options. Wake up screen and Home button. They kinda what they say on the tin. It allows you to wake the device with your finger and unlock it, if you leave your finger on it for long enough. The home button option simply allows you to use the scanner as a home button. A feature that is mainly found on Samsung devices. Both of these features are useful but they do take some getting used to. The fact there is no button bellow the fingerprint scanner makes using as a home button really strange as to me a button actually moves. For this reason I had to turn it off. I did however leave the wake up screen option as that is extremely useful.

On to the finger print scanner itself. It read my prints first time about 90% of the time. So not a complete waste of time but, there is room for improvement. I would say it was slightly worse than the S6 Edge + fingerprint scanner. Now that was a good scanner.

Software info on the left and Fingerprint menu on the right

A Tour of The Device

So we’ve looked at the specs and software now lets look at the actual device.

As you can see it follows HTC’s design pattern of a brushed aluminium back which has been found on the M7, M8 and M9, something that I am quite of fan of. However a brushed aluminium back is quite easy to damage which is why I keep my personal M8 in a low profile case from EasyAcc. It still is a very attractive design never the less. The power button has a nice stripe design on the surface which is supposed to stop you from pressing the volume buttons by mistake which unfortunately, the more you use the device the less you notice the textured pattern is there and the more you do mistake the buttons for each other. Whilst on the subject of buttons they actually do have a very nice tactile response and do not feel cheap at all.

Lets address the elephant in the room. Yes it has antenna lines that look very similar to the iPhone 6 and newer. Now I’m not going into which came first, all I’m going to say is that they were on the original HTC One (One M7) which was released before the iPhone 6. End of argument.

So as far as battery life went I got just over a day out of it. Now my definition of a day is starting at about 8am till about 10 – 11pm, your definition may differ.

This usage pattern consisted of listening to Spotify and browsing social media with some YouTube video playback. During use it’s worth pointing out that the HTC One A9 didn’t become as warm as the S6 Edge Plus did under the same load. Sure the A9 was ever so slightly warm but that was it. Although I did end up tethering a quite a bit through it and the temperature did increase a bit it was on the whole rather cool. A bit of thermal expulsion is to be expected.

Now as far as synthetic benchmarks go the HTC One A9 did pretty well. With just under 5 1/2 hours on the battery test and it also scored 738 on the single core test and 3072 on the multi score. The Samsung Galaxy S6 Edge+ destroyed the HTC One A9 in testing, but then again in a real world usage they don’t feel all that to far apart.

As I mentioned in the specs list, the HTC One A9 has a 5 inch AMOLED 1080p display which by they way looks gorgeous. HTC have managed to reproduce colours well and at the right temperature and just looking great in both in and out of sunlight. Though one thing you may have to do is crank the brightness up a little to see the screen in rather bright, direct sunlit, situations. Not a deal breaker but just something to note.

Sound…what a let down. Now if you’ve you followed the One line since the M7 you’ll have heard of Boomsound. Something that carried across to the M8 and M9. Well guess what… No Boomsound here. What a let down HTC. They’ve dropped the Boomsound, a key selling point for many, and instead replaced it as the flagship feature with a fingerprint scanner. Dumb move. Whilst yes mobile payments and fingerprint scanners are slowly making their way in to the mainstream they aren’t quite here yet with the exception of Apple Pay. We’d have liked to have seen Boomsound or a derivative carried over to the HTC One A9. Though the little speaker doesn’t sound bad, it doesn’t sound that great either. In one word…meh. The sound just doesn’t do the HTC One line justice.

So one thing I really did like about the HTC One A9 was the camera. Being positioned in the centre of the device, up top meant that it was pretty damn hard to accidentally cover it up whilst take pictures and videos – something few phones can boast. Talking of videos it doesn’t take some bad ones either.

Now editing the intro in has taken some of the quality away but it still looks pretty good if you ask me. It’s not overly grainy and it does react fairly well to exposure changes. Who uses their phones to take high quality videos really? Most video is social media sharing currently and this fits in well with that use case.

So this photos were taken with all the settings set to auto as if it was fresh out of the box. One thing I am impressed with is the way it handles close-ups. Especially in the case of the MicFlip and poppy wristband photos. This camera could easily replace the camera of the One M8 which I used to take all the photos of the device in most of my reviews. Whilst it’s not brilliant, again, for steady hands and good lighting conditions, this phone will give social media junkies more than what they require.

So to conclude, the HTC One A9 is a great device. Not only does it feel great but it also performs great too. I didn’t get any software crashes which was a nice thing for a change, then again this is a £381.35 device so I wouldn’t expect any software crashes. No front firing speakers was a huge disappointment however. This unfortunately informs the response to my usual question, is it the HTC One A9 worth your money? Well, in short, no. Considering the HTC One M9 is £372.99 and the HTC One A9 is £381.35 I can’t see why the HTC One A9 is more expensive. There is a difference in prices in some places but basically the HTC One A9 is about the same price as the M9. Should it be? No the A9 should be at least about £50 – £100 cheaper than the M9 based on specs, and performance. So on pricing I’m unsure which is where I think a lot of consumers will end up. If money is no object than yeah…why not buy one. It has enough grunt to get through most of what it will be required for, looks great and can take social media-worthy snaps and video. If you are trying to get bang for the buck, the HTC One A9 is NOT an option. 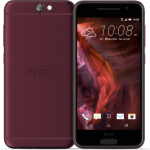 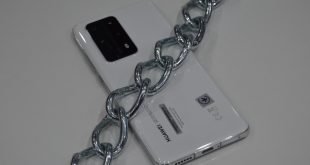 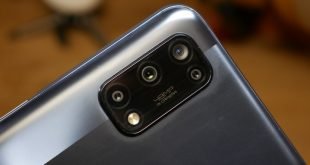