Once again I’m reviewing a power bank after having reviewed power banks from Xtorm and Flux. This time I’ll be taking a look at the RAVPower 22,000mAh power bank. With its price of just £28.99 it seems like an amazing option if you really need to have a lot of juice. Let’s find out if it’s as interesting as it sounds.

RAVPower provided the power bank for my review. But as always all the opinions in the reviews are mine; they had no influence on the outcome of this review.

Some power banks have a stunning design, and others just look functional. This is another case of the latter, but don’t let that dissuade you. The plastic on the outside is the material to which they refer as the plastic that’s being used in the interiors of cars from BMW and Mercedes. That sounds great, but to be honest it sounds way more spectacular compared to how it actually feels and looks. 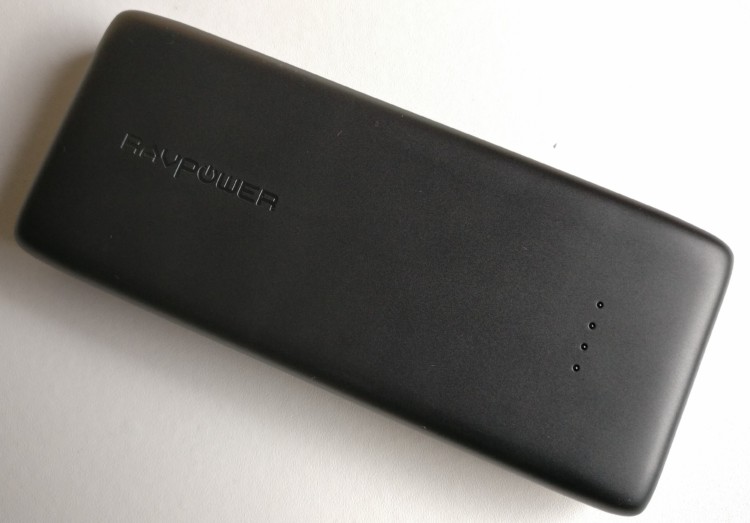 Something else I want to mention about the design is the gap between the two parts of the plastic. RAVPower meant it to be there, so it really isn’t just a flaw on my unit but seriously, why RAVPower, why? It just looks like the product was still in the design / development phase. You chose to just release it like that? Wrapping it all up, the gap surely is a bummer, but everything else is fine; looks fine, is fine – nothing more.

Next up is the build quality of the RAVPower 22,000mAh power bank, and it is, in one word: amazing! The entire power bank feels extremely solid. Even though it’s “just” plastic, they did manage to put everything together nicely.

The USB out ports make a weird noise while popping in a USB cable. Why? I really haven’t got a clue, all I can say is that it’s there on all three of the ports. It isn’t annoying, so nothing to worry about, but you might want to know before buying this power bank. 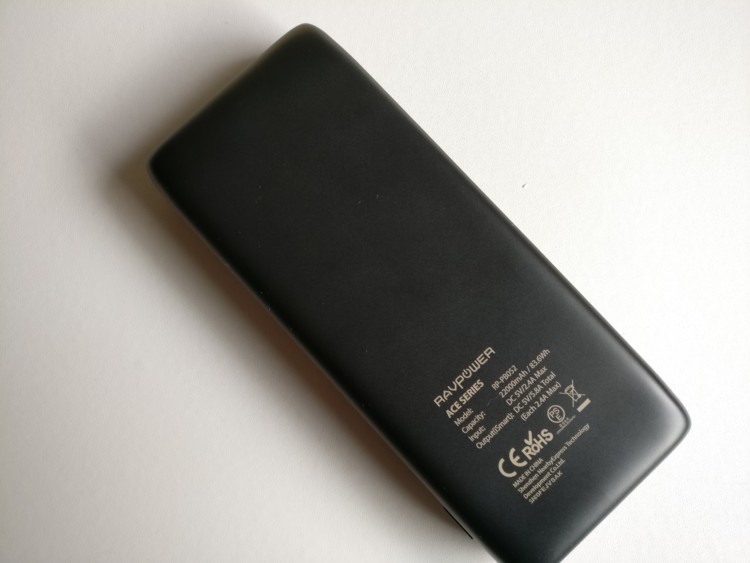 One thing that I do need to mention is the power button. How should I say this? It feels like pushing in a sponge. While it’s just a power bank, it’s just weird to see that manufacturers just leave out tiny details which in the end comes down to multiple small mistakes. You may or may not see these as worse than just one big mistake.

Surely, the design of a power bank is important. But if it fails short on the performance side then only an idiot would think of parting money for it, right?

This RAVPower power bank has a 22,000mAh capacity, and unfortunately up to now I’ve yet to test another 22.,000 or similar capacity power bank for reference material. So today we’ll just take a look at the information we’ve got and draw our conclusion out of that.

This baby took a long time to test, probably the longest it ever took for me to test a damn power bank. And that’s totally my fault because of my lack of planning, but hopefully more reviews from my side will follow shortly.

As in all my power bank reviews, I’m using my OnePlus One as the device to charge. Which has an original capacity of about 3100mAh. But after almost 2 years of using the OnePlus One, its battery is surely degraded from the original capacity. As for now I’m taking 2900mAh as the reference capacity for in this review. 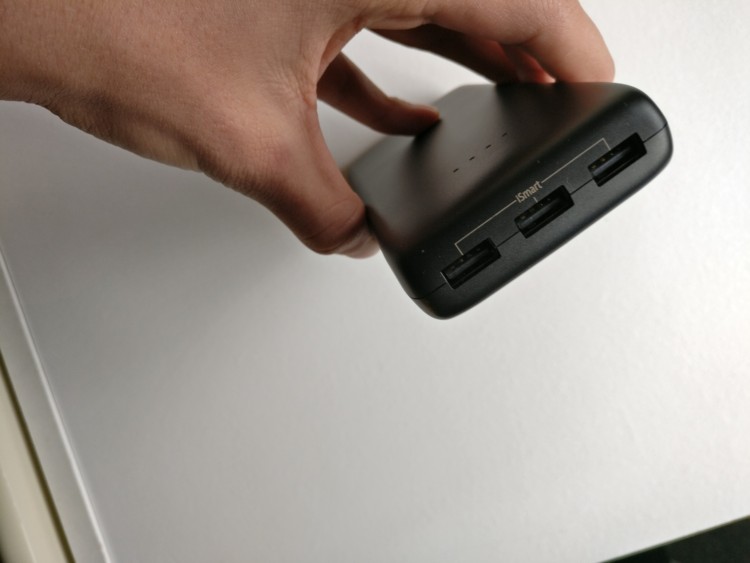 As this battery is just immense, I’ve just tested it once to see how many times it could fully charge my OnePlus One during the night, and it took a while before it was empty. It took 6 charges from 10-90% and one charge from 10-47%.

The power bank itself is 22.000mAh, so this results in an efficiency rate of 16.733 : 22.000 x 100 = 76%. Which is to say not extremely high. But you do need to keep in mind that my phone’s also consuming battery during the night, and the power bank dissipates heat which is actually just energy that’s gone. So it may not sound really high, but rest assured that it’s more than enough to charge your phone a few times (As you can see it charged my phone over 6 times).

The max. output of the power bank is 5.8A / 5V. The 5.8A will be divided between the 3 ports if you do end up using all of them simultaneously, if you’re only using one or two of them each port will put out 2.4A max. It charges just as fast as my wall charger for the OnePlus One, which is maxed out at 2.1A like most other phones using Micro-USB.

The input of the power bank is 2.4A max, and to be honest. If you’re buying such a big power bank you’ll just need to wait for it to be charged. It’ll take longer than one night to fully charge up, but it’ll give you almost a week of charged phones, if not more. 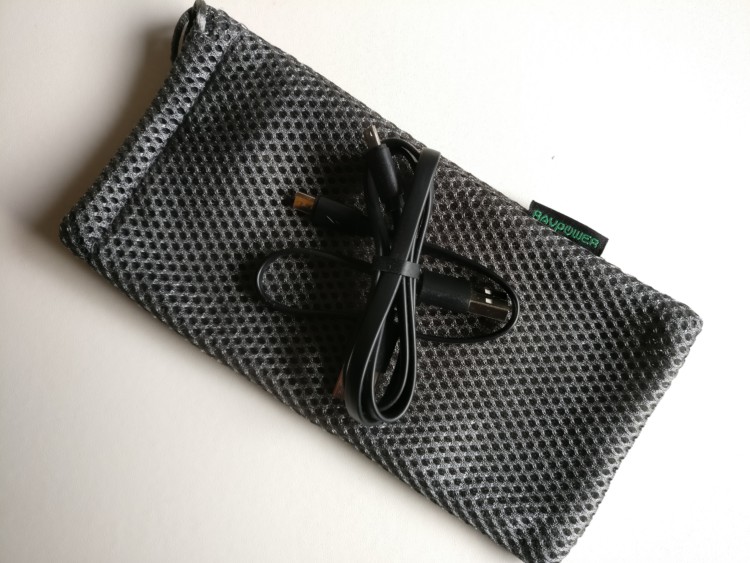 Besides the Micro-USB cables RAVPower also bundles a nice little pouch to keep your power bank in. Don’t really know why you would need this as it’s just a power bank. But I do appreciate the fact that they just think about these small things.

This RAVPower power bank comes in at a price of just £28.99, which is really cheap for all that you’re getting here. If you’re in the market for a nice power bank that won’t break your bank, go for this one. Although it’s just a functional product, you’ll love it for its price! 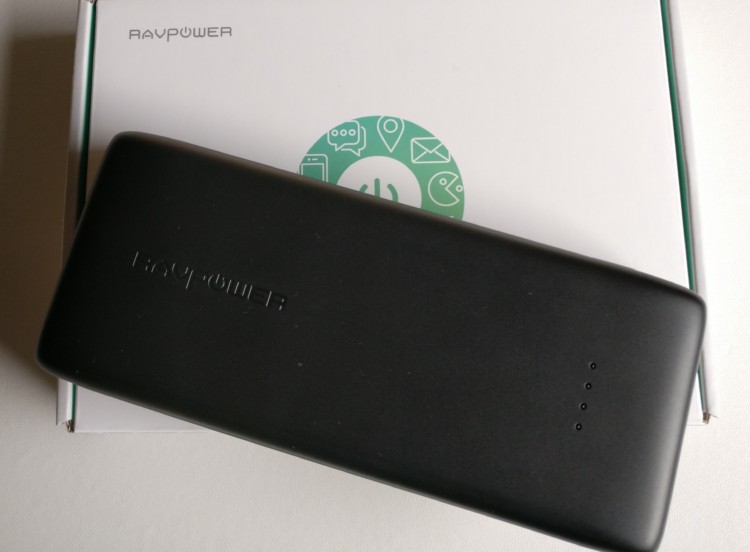