When I previously looked at the Anker SoundCore speaker it was great with its build quality and sound quality for its price range but when looking at a much smaller budget of around the £20 mark the Pecham P16 seemed like a good choice. 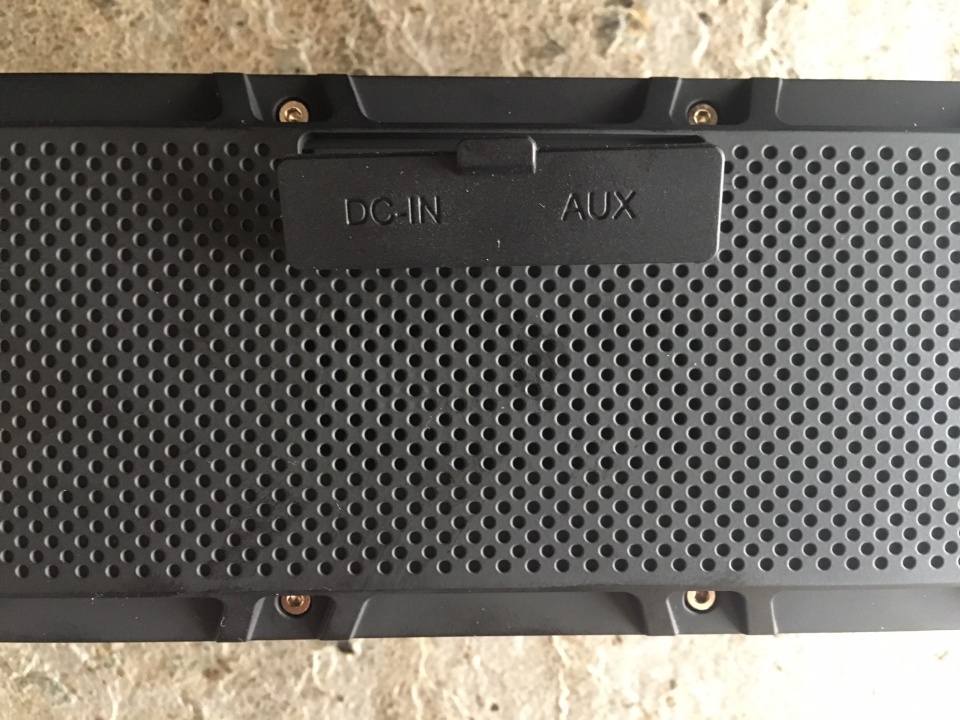 Thanks to Pecham for sending this out so we could look at it.

The Pecham P16 came in a white and blue box which seems fair for the price. Inside you have the speaker enclosed inside 2 layers of foam to protect it against damage. Underneath you have a user manual, USB A to Micro USB cable, a 3.5mm to 3.5mm cable, a quality control certificate and a warranty card which allows you to join the Pecham VIP club to get special features.

The speaker is just slightly taller than my iPhone 6S which is quite compact considering the 10W output. There is already a carabiner clip already attached which is rectangular in shape on the left-hand side of the speaker. The top houses the LED’s for Bluetooth and the microphone alongside the buttons for power, pause/play, answer/end calls and volume/track change buttons. These are on a red rubber strip which has metal plates on either side with the Pecham logo. 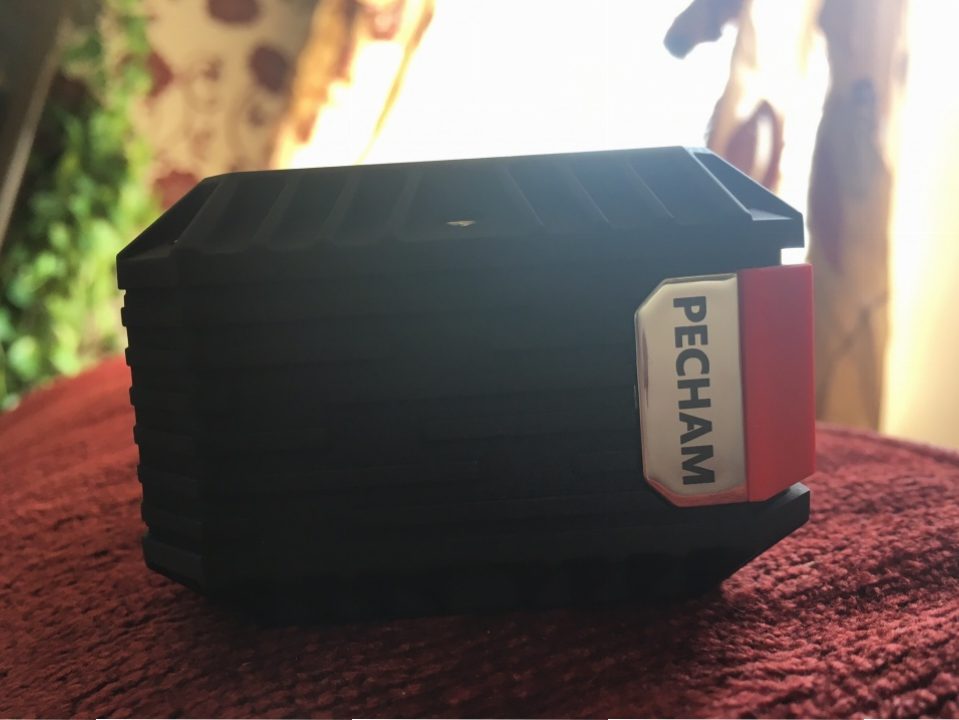 Most the speaker has a matt black casing which is a fingerprint and smudge magnet but can just as easily be cleaned with a quick wipe. The front houses the 2 tweeters with the rear housing the grills for the bass.

The speaker was quickly paired as it does have Bluetooth 4.0 which is something I have found many cheaper speakers have Bluetooth 3.0 which boasts lower energy efficiency alongside lower range. I had connected to my laptop and it wasn’t playing music but after a while, it said ‘Bluetooth Connected’ even when it was connected all that time. Although that only ever happened once so it was probably a one off glitch.

The speaker does have auto power off which means even if you do forget to manually power the speaker off, then you can ensure you won’t drain the battery of the speaker but this is something I have seen across other speakers.

The max volume of the P16 is about 110 decibels which is just incredible and I have seen some sound bars which are about 5 times as long but are quieter. The bass was incredible on this tiny speaker and I feel like it was quite similar to the Anker Soundcore. The highs did seem slightly murkier but I think this would be down to the fact that there is an IPX6 rating against drops and water. The mids were good though throughout. 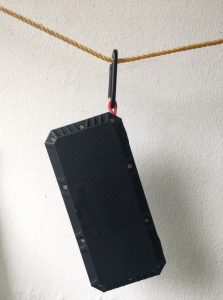 Having this shock and drop protection meant that I didn’t have to be as careful when handling this speaker or placing it in my bag. The only thing I did have to make sure was that there was nothing sharp that could scratch the matt plastic since it didn’t have the same protection as the rubber on the top.

The one thing that amazed me about this speaker was that there was no distortion whatsoever even at the maximum volume on both the speaker and my devices which is good to see as I feel like I could use this speaker as a replacement at a party where I have been using a larger portable speaker which has almost the same level of volume but in a much larger form factor without the IP rating.

I felt that the battery life was probably in line with the estimated values because I personally don’t listen to music at the maximum volume all the time. This probably was due to the auto power off after 10 minutes of inactivity which is a good feature. 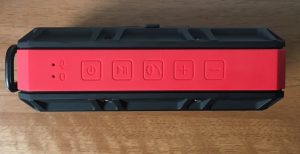 The flap which covers the micro USB port and the 3.5mm jack is fairly flimsy and I feel like you could accidentally leave it open which may result in water being able to enter the speaker. I would probably recommend a slightly more durable seal which provides the same level of flexibility if you are using 3rd party cables.

The portable speaker market is very crowded with similar speakers available at a similar price but most of them are black slabs from which the Pecham P16 provides a refreshing break. 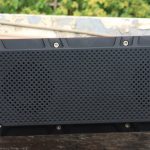