It’s been two weeks since we got the Nextbit Robin in-house. What a mixed two weeks. The elation of finally having the device in hand. The disappointment of some of the zero-day bugs still to iron out. Let’s take a look at our first impressions.

The 21st March was the day it landed on our doorstep. The Nextbit Robin had arrived and we were eager to find out whether this device, whilst admittedly niche, would deliver on its claim to make Android storage issues a thing of the past, whilst also maintaining current-generation performance metrics. 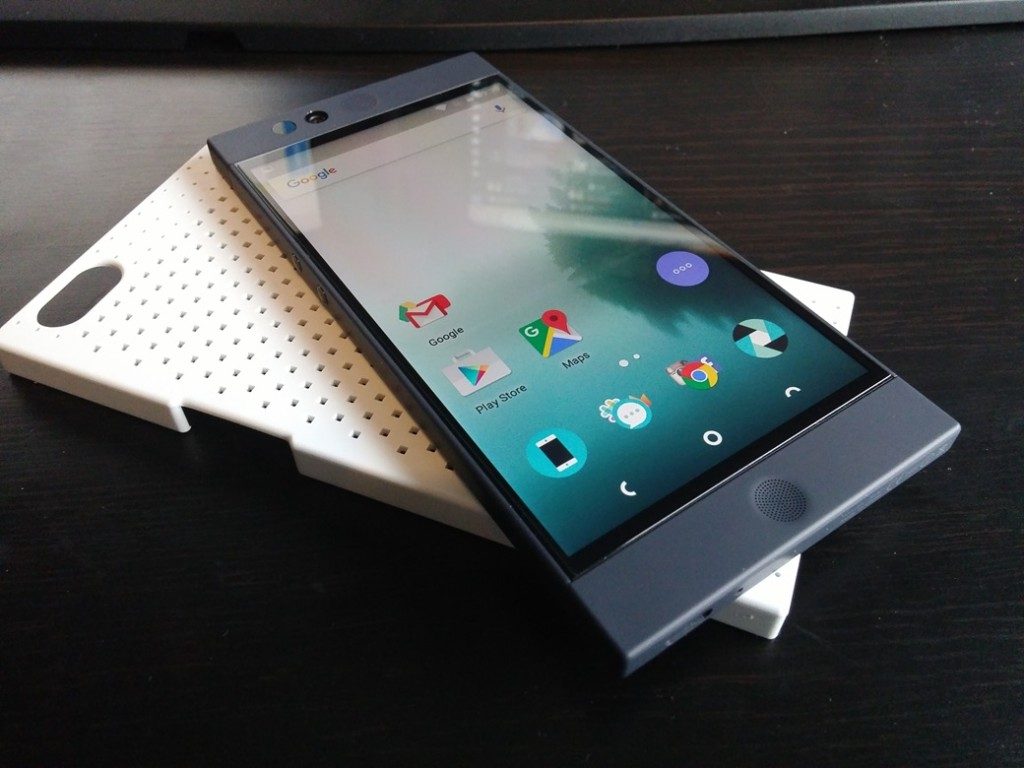 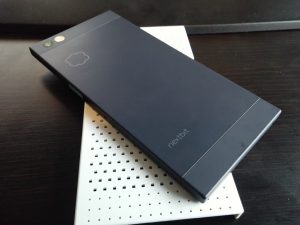 Let’s quickly run through the specs and the main selling points of this device.

Nextbit suggests that this is the world’s very first Android phone that makes running out of storage space a thing of the past. The way it intends to back up that claim is not to introduce the standard Micro SD card slot that many manufacturers do, but instead, deliver a Cloud-based platform for storing your data – 100GB of it in fact. This 100GB can be utilised for photos and video storage, as well as for “archived” applications, which are effectively dormant applications that are removed from storage until they are required again. Apps can be pinned to stop them being archived however for applications you use infrequently but are important to you.

Now, we’re not actually had the device long enough to test how well the unique selling point of this phone operates. We haven’t come close to breaching the storage amount on the device itself so this first impression is going to basically look at the phone as any other individual would use it – not a stress test.

The fit and finish of the device is premium. At first look it seems blocky and uncomfortable, but with the soft plastic materials in use it actually is a pleasant in-hand experience. As each edge meets there is a slight curve of the plastic which helps not only the in-hand feel, but also with the way in which it sits in ones’ palm – it’s unlike any device we’ve held before, in a good way.

The fingerprint sensor doubles as the home button on the right-hand edge and works 99% of the time without much incident. The button must be pressed first to allow the device to wake before the fingerprint sensor is engaged. A slightly annoying aspect of this deployment is the haptic feedback that erupts from the device when attempting to unlock via fingerprint. Not only is it jarring, but it’s constant with it registering any touch of the home button as an attempt to “authenticate” regardless of where within the UI you are. This ideally could be fixed in an update, but we’re unsure that Nextbit has this on their radar.

Carrying on, and on the left edge are the two separate volume buttons. Whilst feeling nice, they feel slightly too low on a device the size of this and are in parallel with the home button, forcing a strange grip if these are to be activated one-handedly without shifting the phone in hand.

The dual front-firing speakers do sound a little tinny and without any sort of low-end currently, but we’re assured this will be fixed with the forthcoming April update. It allows for enough volume to hear media well, but the sound quality currently isn’t close to its competitors. We hope this is addressed.

The UI itself is a big dollop or Marmite. Some will love it, others will loathe it. It is, in fact, quite different to many deployments. Not only are there icons on home screens for all apps installed a-la iOS, but there is also a persistent “App” button which follows the user onto each home screen and can display a list of all installed applications, pinned apps only or all archived apps. it’s an interesting deployment and we’re still early in our testing to give an opinion on whether we think it works, but suffice to say we’re living with it without too much ire currently.

The software seems fluid and doesn’t seem to suffer from the age-old Android jank, but we expect further improvements with Android 6.0.1 which drops in April for this device.

On to battery, and it’s a mixed bag and seems to vary wildly. Doze will play a part here, and something we’ve been crying out for, for a long time seems to be getting close to its iOS counterpart – the combination of Screen on Time (SoT – actual phone use) and standby time. For the longest time Android device articles were littered with SoT metrics denoting how it stood up to the rest of the pack, however there is more to battery life than that. For example, if a phone has been on standby for 12 hours, would the user still get the same SoT metrics? The user in general is sporadic, so running a battery benchmark simulating continuous use is utterly pointless. With Android’s implementation of Doze however, it seems that a combined metric might be a little closer to becoming something to be relied on.

Over the course of almost 36 hours we managed to get nearly 2.5 hours of SoT which is a little disappointing, however the standby time really held up. We’re loathe to say this is good, but from a all-but 2700 mAh battery, this isn’t too bad, and we’re hopeful it will improve still further as our testing intensifies.

Finally, we’ve been interested in the camera too. Now there’s no easy way to say this, but the shipped camera deployment is just plain incomplete. The shutter UI takes upwards of 1 second to release and allow the taking of another shot, but looking at the shutter speed itself on the resulting pictures, it’s anything but slow, so there is still lots of work to do on the software side. Nextbit have again pointed out that the April update should fix this.

When you can wait for the UI to catch up however, there are some scenarios (daylight) when the camera is really quite good. Low light shots are very grainy, and front facing shots are downright poor. The update will have to do something miraculous to change that. However whilst rear facing shots should be improved simply by the way the user uses the application that drives the camera post-April update, there are some dynamic range issues as you might see from the below shots. Serviceable, but not class leading is how we’d sum this up about now. 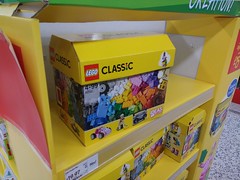 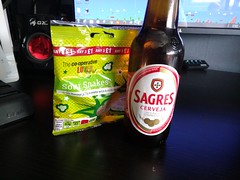 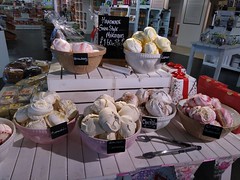 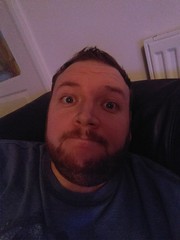 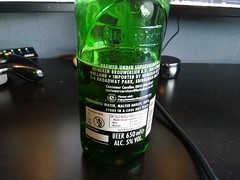 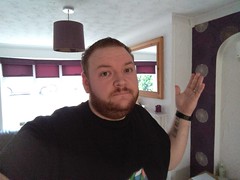 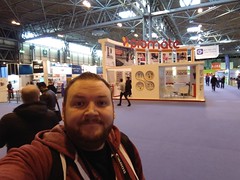 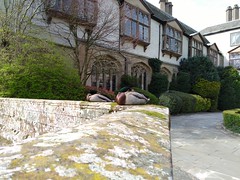 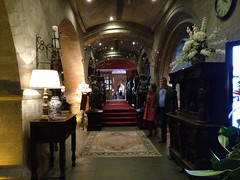 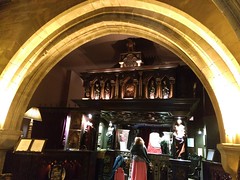 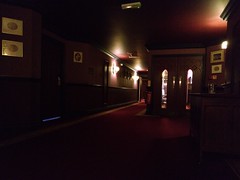 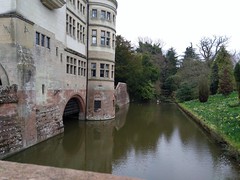 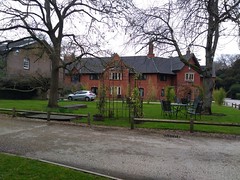 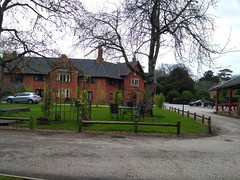 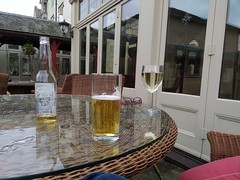 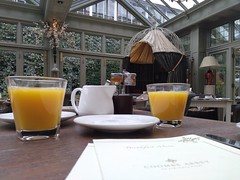 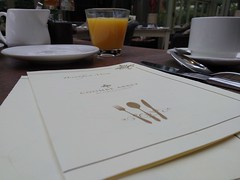 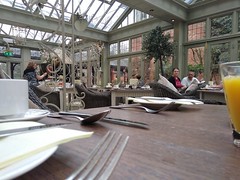 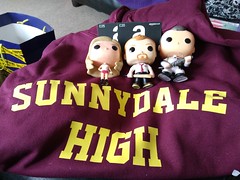 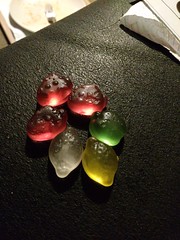 If the Nextbit Robin were a school student we’d be inclined to write “Has the ability, must try harder” on its report card. It certainly has the makings of a great option at the £350/$500 price point even without the “Cloud” services. We’re keen to get through the April update and see where things lie then, and this is when you’ll see a full review from us.

It’s a little disappointing that Nextbit shipped the product in the state it is, specifically citing the camera issues currently as the main drawback, but we’re happy to give them a chance to put things right.

Keep it locked for the full review of the Nextbit Robin in the next few weeks.