So, this is my fourth power bank review on MobileTechTalk already with one more coming up pretty soon. I do unfortunately need to say that MOS stopped producing this power bank recently, and is only selling it until they run out of stock. The reason why I am reviewing this power bank even though it’s been discontinued is that I want to introduce MOS to you, our readers and hopefully we’ll be able to offer more reviews from them in the future.

MOS was kind enough to ship this power bank all the way from the US, which is something I certainly didn’t expect. Although they did give me the power bank, they’ve got no influence on the outcome of this review.

At this point I’ve had the chance to use a lot of power banks, and most of them are built pretty well. Well, the Xtorm power bank was a different story, but fortunately I’m seeing them bringing some nice new products on the market these days. But let’s get back on-topic, the build quality of the MOS Go is great. The power bank is completely made of metal besides the top and bottom, those pieces are just shiny plastic. 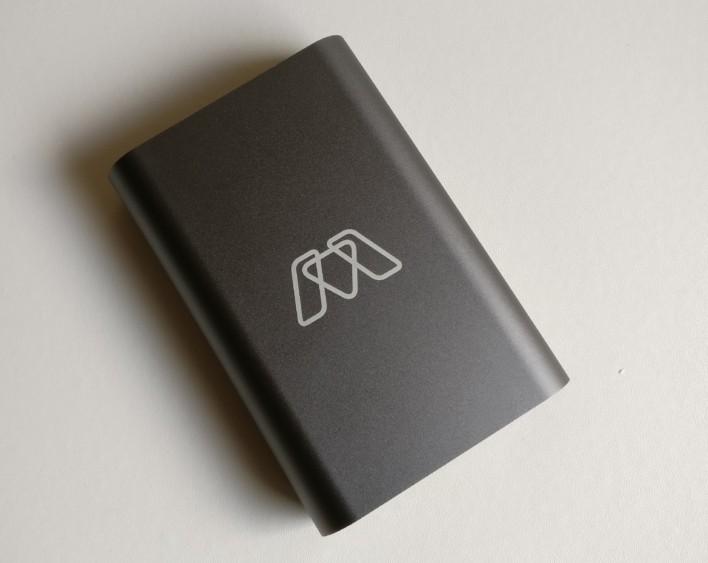 And that’s probably the biggest disadvantage of the build of the power bank; the shiny plastic is really prone to collect scratches. My unit even had scratches out of the box, and the power bank was sealed on arrival so it hasn’t been touched before. I said that the shiny plastic is the biggest disadvantage, but really power banks are made to be functional, not to be looking as if they were new after years of usage. This is something I wouldn’t be too worried about as I’m not looking at it too much, but then again this is just something you need to know.

I’m saying that it’s “just” aluminium, but I do need to say that it is aluminium done right. It looks great, the aluminium has a lovely colour and the points where it meets the plastic looks great as well. Besides that the sides are rounded and feels so much better in the hand compared to the power bank with the flat sides. 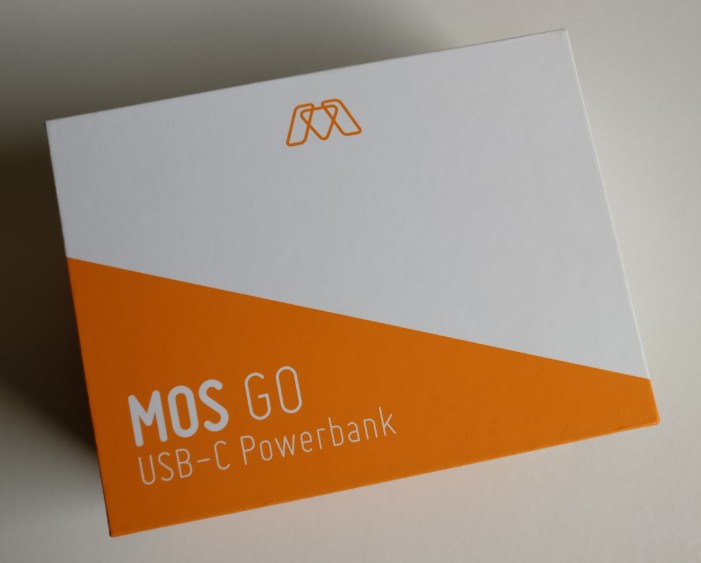 Then we’ve got the black plastic itself, it blends in really well with the aluminium giving it a special look with the lighter coloured aluminium and the dark plastic. While it’s just plastic it looks like a nice and high quality plastic. Though I would’ve suggested they go with matte black plastic as it’s much less prone to scratching. I could go on with other parts of the design, but I don’t think you guys want to read just 600 words about the design so I’ll just give you my overall view. It looks and feels great. MOS took the time to design this power bank, and you can clearly see it in the product that’s rolling of the production line.

It’s always the longest part of my power bank reviews, and if you just want a short wrap up of the performance feel free to skip this part to the end. So, the MOS Go is a 12.000mAh power bank, at least that’s what they’re telling me. I’m here to tell you what capacity this power bank really has got up for grabs.

My testing procedure is similar to my recent power bank reviews, so here you go: I simply charged my OnePlus One with it until it was empty, which was within one full charge of my OnePlus One. It did get close to getting my phone charged. The power bank ran out of juice at 93% coming from 10% for the first charge, and with the 2nd test it did about the same charging my OnePlus One from 5% up to 90%. My OnePlus One has a 3100mAh battery, which is probably degraded after a year of usage. As it’s now certainly less than 3100 I would say that the battery can probably hold somewhere around 2900mAh. 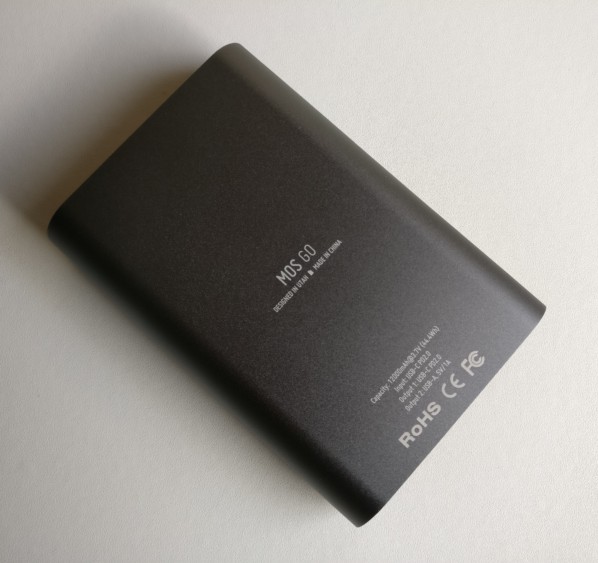 There are two outputs on this phone, both a USB-C port and a normal USB A port. During my testing I’ve been using the USB A output as none of my devices support the USB-C spec. One thing though, the USB A output is really slow with a charging rate of just 1A/5V. While I’m mostly charging my phones at night, topping up my phone with this charger simply takes a while and that will be the same with your devices if they are relatively modern. 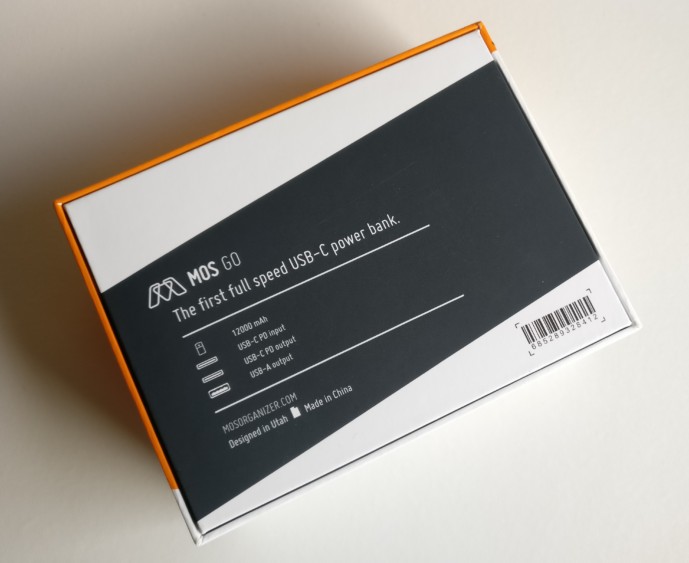 Next up is the input, which is of the USB-C type. As I haven’t got any accessories that support the USB-C spec charging speed is limited to 2A/5V. Charging it at this rate takes an entire night, but this shouldn’t be a surprise, really.

It’s time to wrap-up this review, and well I really enjoyed using the power bank, especially since I didn’t really look at the price before testing it out. After seeing the price my eyes glazed over and I’m not sure what else to say.

MOS is / was (maybe you’re reading this after it is no longer available) asking $120 for this power bank which makes me want to cry. It really isn’t worth all that money especially looking at the competition out there on the market of 10,000 – 15,000mAh power banks. Of course they’re free to ask what they want, but it simply isn’t worth the money with the average and slightly above average results. The power bank itself is great, if only its price would be cut-down to $30-40 I could recommend it. 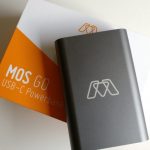