This is a first – I’ve never looked at a product from Linner before, but here we are. The Linner NC50 are Bluetooth headphones with an interesting neckband, and Active Noise Cancellation (ANC) to boot. With the number of Bluetooth and totally wireless solutions brought to market expanding constantly, let’s see what Linner brings to the table that could possibly be different and more compelling than its competition. 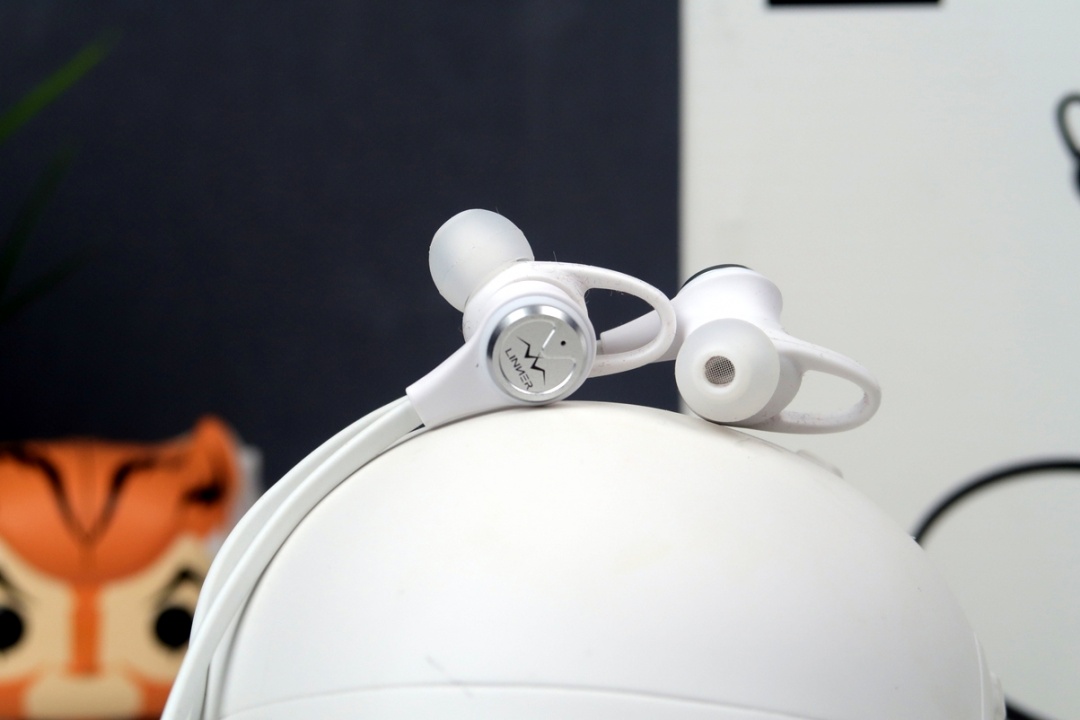 As you can see from the snazzy picture, the Linner NC50 headphones are earbuds with Bluetooth connectivity but with a twist. Whilst the entire world is seemingly hellbent on moving us towards a truly wireless headphone state, Linner have opted instead to provide a solid product with connected Bluetooth buds. I for one have no issue with that as I find many of the truly wireless solutions are flawed in their connectivity which is, of course, very important.

The Linner NC50 headphones have a few tricks up their sleeves. Design wise, the fact that both the left and right side of the neckband have some form of weight, in the form of control pods, means that the unit feels balanced, and doesn’t tug on one side or the other. Another cardinal sin averted. 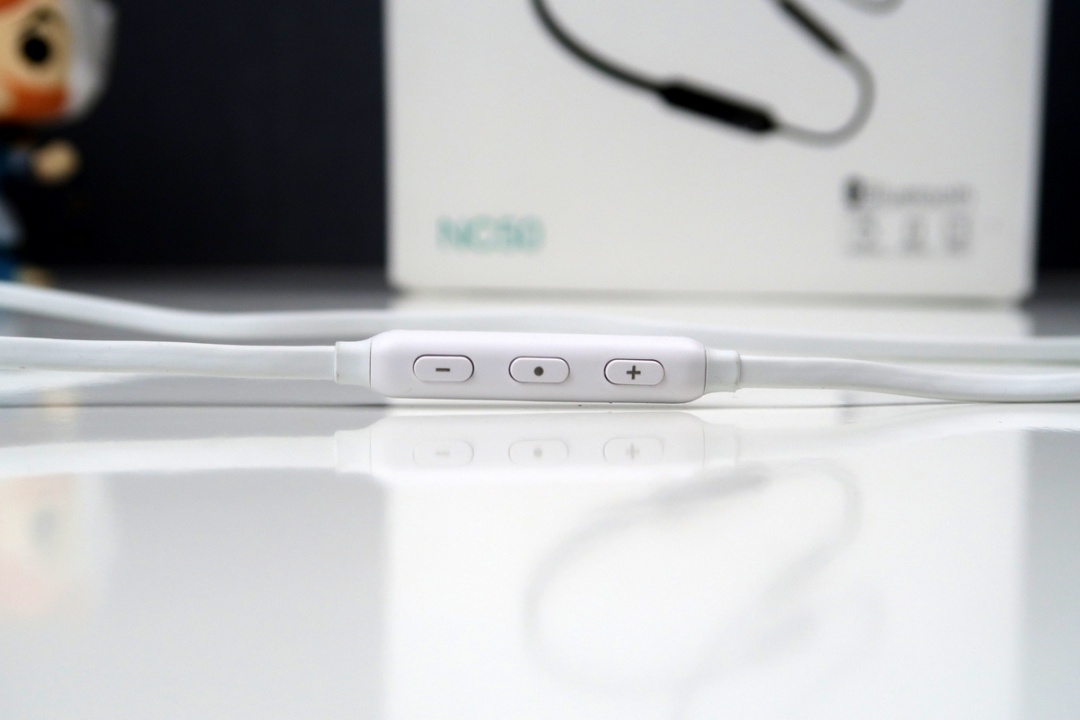 Those control pods contain the volume up/down and multifunction buttons on the left-hand side along with the ANC button on the right and the power button. All buttons are actually easy to find and satisfying enough to depress, with the microUSB charging port concealed with a flap not causing any problems either.

That cover is just one of the ways in which Linner deliver IPx4 sweat proofing for this unit. As the Linner NC50 are aimed at sports enthusiasts, sweat proofing is of course a key selling point. As is the ANC inclusion. I must admit, ANC is something I’ve had a love-hate relationship with over the last 12-18 months or so. A lot of manufacturers do this incredibly poorly, and is nothing like the sort of ANC you’d get on the likes of the Bose QC30 over the ear headset. I’m happy to say that whilst the Linner NC50 unit is nowhere close to the grandiose build quality, or indeed the price of the Bose offering, but it’s really quite compelling at the sub-£100 price point. The three-stage button which controls the ANC moves through normal mode (without ANC), ANC on, and monitor mode which is intended for those wanting to hear the ambient sound, before ratcheting up the volume again. The monitor mode is something I didn’t and will continue to not make use of, however it does do the job just fine. In a crowded London Euston train station I have to admit, it was handy to switch between ANC on and monitor mode. 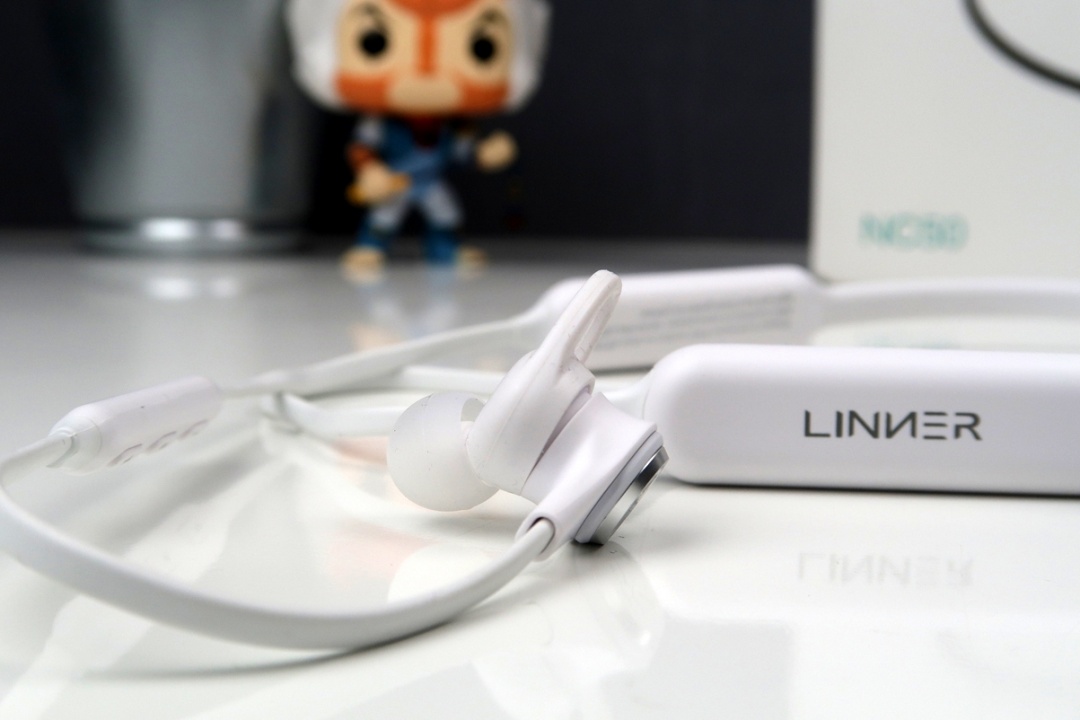 The sound on the Linner NC50 earbuds is actually quite good. Crisp mids lead to ever-so-slightly-distorted-at-high-volumes highs, but delivers enough low end to satisfy most. They get plenty loud and I’ve often had to decrease the volume upon connecting to a new smart device to save my ears from the opening of a song. Something to note!

The range of hooks and ear tips you get in the box is also something I’m particularly pleased about. Regular readers will know that I’ve either got hugely misshapen ear canals, or I just seem to find discomfort where others find none when it comes to earbuds. The hooks on the tips help to wedge them nicely in my ears and through numerous gym sessions to date during testing, I haven’t felt them come loose or fall out completely.

Finally, battery life is seemingly stellar. Switching between ANC on and normal mode during use I easily managed to hit the 10-hour mark which despite being less than the 12-hour maximum promoted in the marketing material is not only still stellar but was also hit with a combination of using the Linner NC50 features. 12 hours should be attainable in normal mode without too much hassle.

Quite simply, I’m stunned at the quality of the overall package here for sub-£60. The build quality is inoffensive whilst a little too much plastic for some, the audio is more than acceptable in almost every scenario and the key feature, it’s ANC, does what it says on the tin, and better than the other iterations I’ve tried. For £52.99 via Amazon Prime (link below) I think it’s worth a punt if you’re a gym rat! I go to the gym occasionally and I’ve got more reason to go now and enjoy my tunes at the same time! 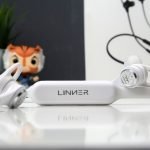