Another day, another power bank to look at. This one is a little more portable than those we’ve looked at previously. The IEC Technology 5200mAh Power Bank is a small, grippy little beast and it’s just £7.99. 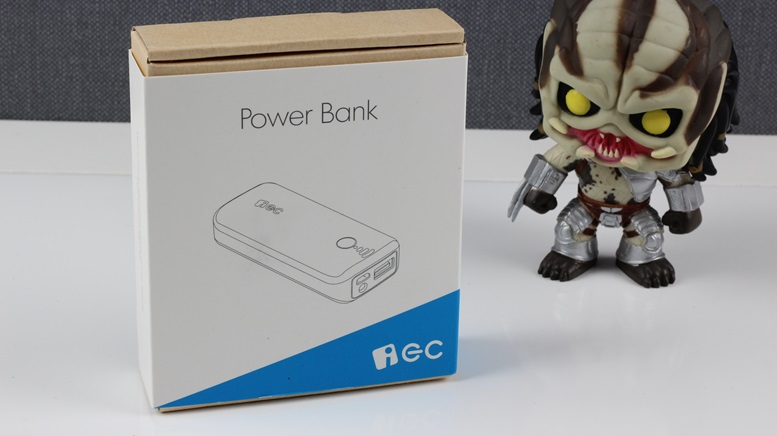 Let’s start with the box contents and some specifications. Firstly, I wasn’t kidding when I said this was a small unit. At 44 x 96 x 22 mm this can be easily put in a trouser pocket, bag, purse, or literally anywhere you can carry something. It’s probably not too far off the length of some lipsticks, and probably only twice as wide. As I say, it can be carried almost anywhere without issue.

The device itself has a grippy rubberised plastic finish which is prone to fingerprints, but is nice enough to touch. On the top of the device is a battery charge notification LED strip in a “WiFi” signal-like shape, a power on/off button, and some subtle IEC branding. The only other edge to get anything of note is the front edge which is where the micro USB charging port can be found, alongside the LED flashlight and the 2amp intelligent USB output.

In addition to the unit, the box contents consist of a user guide – IEC’s are always pretty good, a micro USB cable, as well as a mesh carry case which is a nice addition. 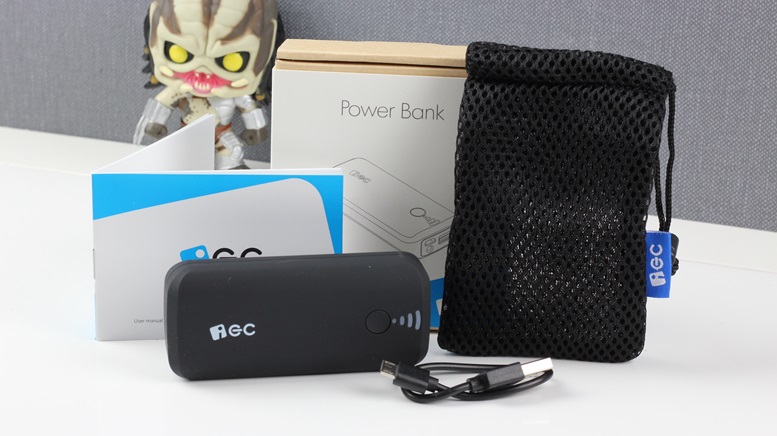 The included mesh bag is a very nice addition as it means that the device can be dangled from a backpack with ease or tied onto another bag – this is how I used the device during testing. It’s not something you see too much with a) power banks and b) low-cost products like this.

Performance wise the product lives up to its claims. Connecting almost any current or last generation smartphone to this product results in a near constant flat-out 2 amp charge being deployed which is as expected. Would we have liked to have seen faster charging of even 2.1/2.4 amps; of course. However 2 amps is sufficient enough for nearly all devices that take a USB-based charge. Incidentally, when we connected an old MP3 player which charged at just 1 amp, the 5200 mAh Power Bank duly decreases its discharge to compensate, thanks to the Auto IC technology included.

When turned on, the LED charging notification lights up and gives you a nice visual indication of how much juice is left in your unit. That juice is good for exactly 1.5 charges of a 3000 mAh Nextbit Robin device. That’s around an 87% efficiency which is pretty much par for the course. In order to ensure you don’t waste energy needlessly, the device will turn off if it’s unused after 25 seconds too.

The IEC Technology 5200mAh Power Bank really is one of the best all round power banks we’ve used. It’s not big and bulky, it’s easy to hold, and portable enough to carry with you on any trip you’re taking, be it to the shops or further afield. It’s powerful enough to charge most devices flat-out, and it has enough charge to top up a device on a night out.

This is an indication of just how commoditised these sorts of mobile peripherals have become and for us, the consumers, that’s not a bad thing. These devices get better and better, but they’re not perfect – yet. We’d have liked to have seen fast charging implemented here and perhaps doing away with the LED flashlight (on this and EVERY power bank).

But that’s it…that’s all the negatives we can think of. Everything else on this little unit is just great for the price.