iClever continue to dish out good quality, well priced audio technology for use with smart peripherals. This latest iClever Wireless Bluetooth Speaker is bigger but more powerful than its previous offerings and we took an in-depth look at it during our IFA 2016 trip. 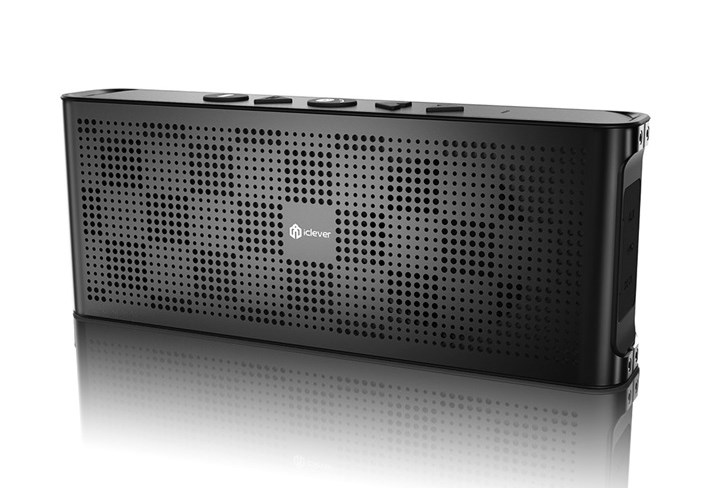 Let’s start by taking a little tour around the unit. iClever are often loathe to place easily visible buttons on the outside of their devices, but they’ve switched that up here with large rubberised buttons on the top of the rectangular device. We have the On/Off toggle, Play, call answer/pairing button, and the volume/track dual controls alongside a pinhole microphone. On the right hand side, covered by a rubber port cover, are the 3.5mm audio jack port along with the microUSB port for charging.

Why the rubber ports? Yup, it’s IPX5 rated so provides a level of water resistance. Don’t go dropping this thing in the swimming pool, but it’ll be absolutely fine if it gets splashed.

To finish off, the full width of the speaker has a grille which covers the two 5W speakers, with a smaller grille on the reverse to give a more “360” esque experience.

Let’s start with the good news; there’s quite a bit actually. This unit gets plenty loud and maintains quite a decent level of clarity in doing so. There isn’t much distortion even at the highest point. The highs are the best part of the audio on this unit. The inclusion of a 3.5mm audio cable in the box is, contrary to some fruit-themed companies belief that the AUX is dead, a bonus. If you don’t need the flexibility Bluetooth provides at a given point in time, tethering your device with the cable is cleaner and you won’t risk disconnecting if you move too far away from the speaker.

The unit is still portable despite being almost twice the size of other iClever units we’ve reviewed. The lanyard inclusion means tying this off to a backpack (if you want to be that person) is easy enough.

The call quality in “hands free” mode is also very good with those on the other end of the phone saying we sounded crisp and close. 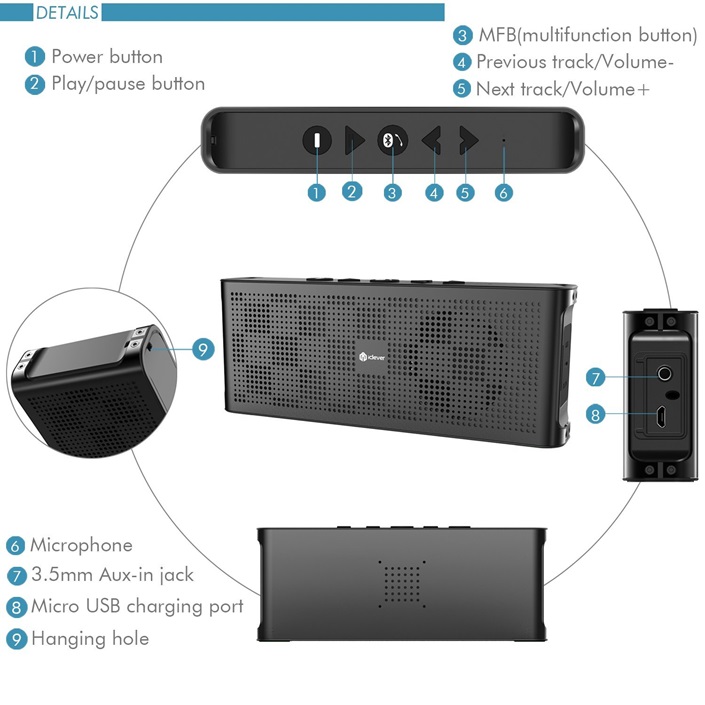 So, to the not so good. Unfortunately there’s a little but of that too. The bass on this device is purely thudding, not crisp and rolling, and the mids are easily lost as the volume is raised. The recent review of the Lker Grace Mini unit arguably had proportionally better bass in it’s tiny frame, from its 3W driver. So yeah, that’s not good is it. Also, the dual purpose rubber buttons, whilst easy to find and distinguish from each other, are mushy and cheap feeling. On a speaker, the functional hierarchy of the dual purpose buttons make sense though; one press for next/previous track, whilst a long press controls the volume. All fine. Also, it’s Bluetooth after all, so the disconnection after 5-6 metres (ignore the up to 10m claim – nobody seems able to deliver this despite perfect line of sight) is still an issue.

Let’s end on a positive in terms of performance shall we. The battery life is excellent with us managing to hit almost the claimed 10 hour mark of continuous playback (over the course of 3-4 days sporadic use) before the battery gave up the ghost. Oh and one more thing, the most excellent posh voice telling you the device is ready for pairing is a delight and endless fun can be had mimicking it after a few beers!

This is louder, and more travel friendly than other iClever units thanks to the IPX5 rating, but we have heard better sound from other 10W speakers on our travels and this will win no awards in the audio quality stakes. What it does deliver is a little more durability than the average unit, and a kick ass battery life to boot.  This unit’s value is completely dependent on your specific use case. However, if you’re after something that’s going to last a while and be able to get plenty loud to drown out those annoying people at a small backyard party, then this will do the trick. 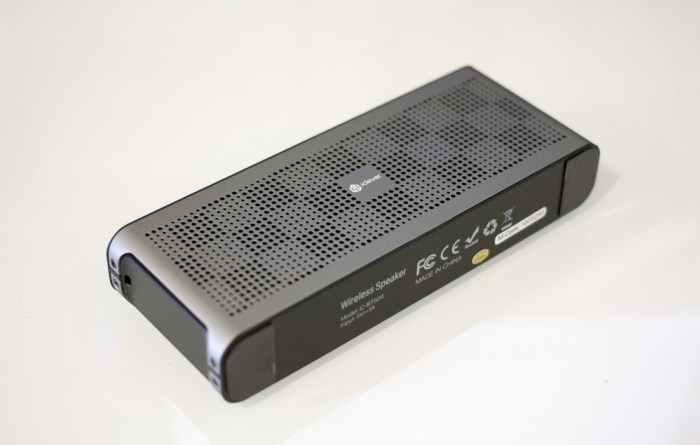