Huawei isn’t new to truly wireless earbuds, their FreeBud line has always been similar to Apple’s AirPod line up but with the third major iteration Huawei gets even closer than ever before, but if you really think about it, is that really such a bad thing?

Disclaimer: Huawei PR provided us with these FreeBuds for free for the purposes of review. No money has changed hands between either entity and Huawei is not being allowed to see this review before it goes live, they’re seeing it when you are. The FreeBuds 3 were used on my Huawei P30 Pro Running EMUI 10 on Android 10, a Huawei P20 Pro running Android 9 with EMUI 9.1 and my Samsung Galaxy Book with Windows 10. 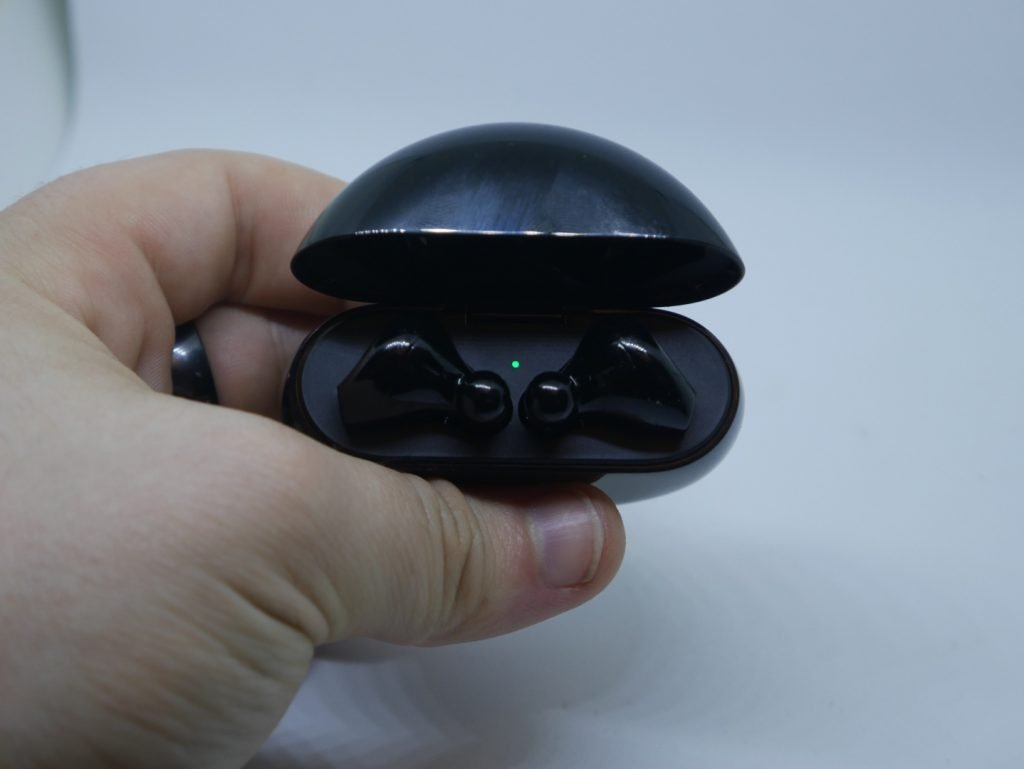 Let’s just get this out of the way, these are unabashed AirPod clones when out of the case, even in Black the similarities are gobsmacking, there are subtle differences such as the shape of the bud part (Huawei say theirs is modelled after a curved dolphin shape to fit more comfortably in your ear) and of course the circular case instead of the rounded of rectangle one. Now we’ve got that out of the way we can actually talk about the Hardware’s positives and negatives. 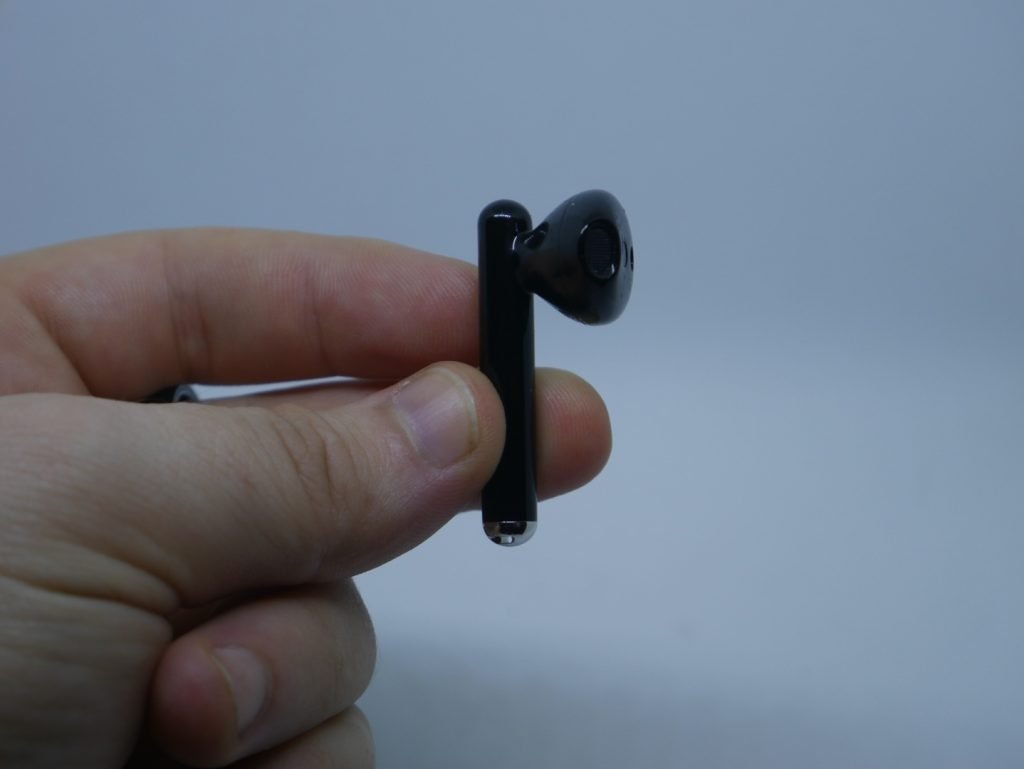 Starting with the negatives, as there are fewer of those, these are the solid “open frame” type of earbuds, just like Airpods, Earpods and plenty of cheaper earbuds, whether you like this or not all comes down to whether or not these fit you well, for me they fit, but they aren’t snug. They never fell out in my testing (unless I was rigorously headbanging) but they constantly felt as if they were about to. Huawei’s ANC chops are seriously beefed up when you realise how good these are with an open fit bud design, the engineering that had to go into this must have been immense, but I fear that Huawei went through the effort of engineering open fit ANC buds to say they’re better than Apple at Apple’s own design instead of making the best small form factor buds they could, as all previous FreeBuds have been silicone tipped close fit design. 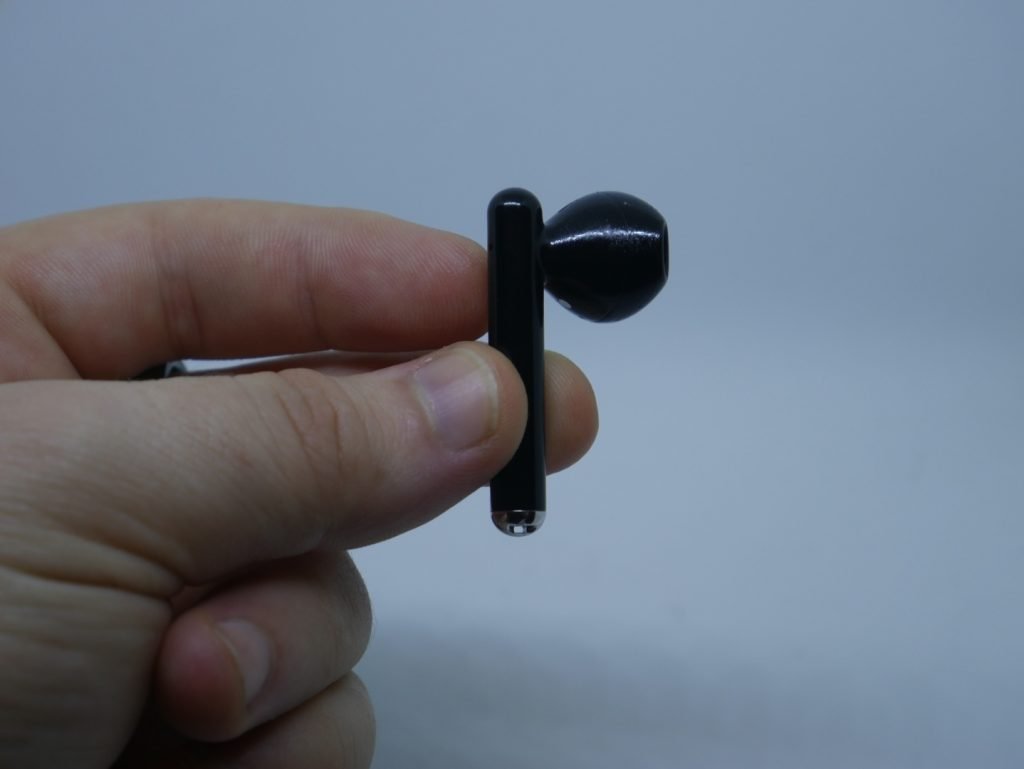 The other main negative at least for me is that both the black and white variants are glossy plastic and not only attractive fingerprints are slippery as all hell, making gripping the top of them to get them out of the case can sometimes be a bit harder than you would expect it to be.

Positives, practically everything else If I’m honest. They feel incredibly light despite their middle of the road 4.5g mass, they sound surprisingly balanced for consumer-focused buds, still, more bass-heavy and shrill on the highs than I’d like but that’s a personal taste thing. The ANC is nice, but I feel it should be called noise reduction instead, but in conjunction with music at normal volume (as in not trying to drown out the real-world volume), the ANC works surprisingly well especially as these are open buds. 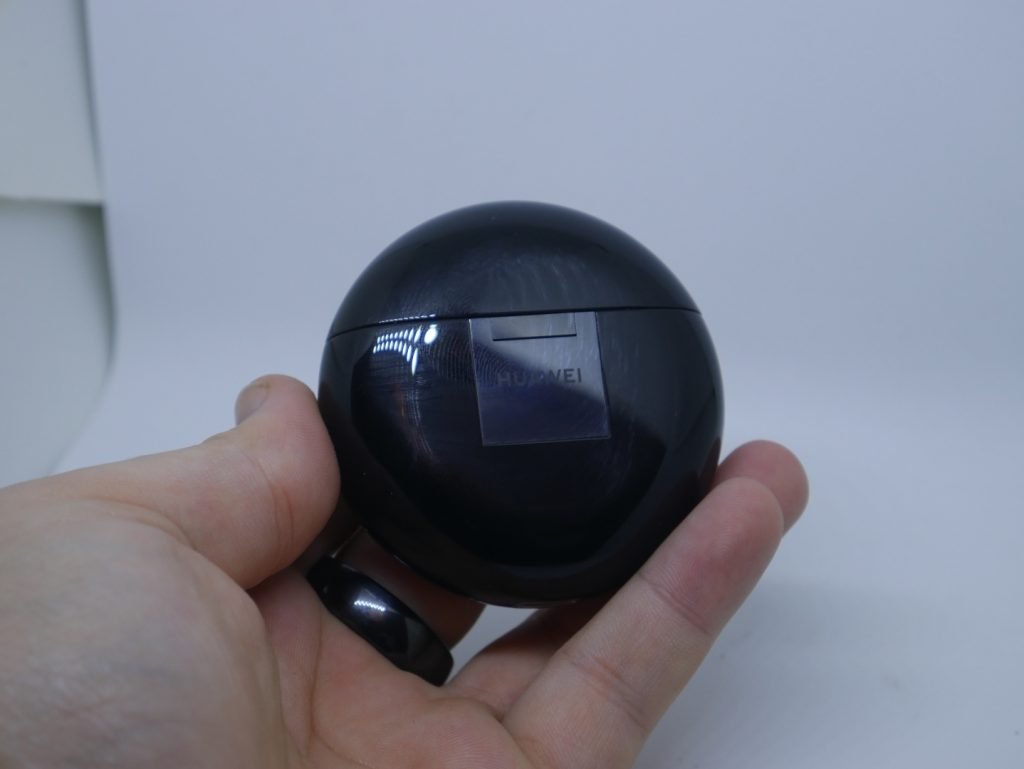 The case is actually quite nice as well, think of it as a “Babybell” cheese that’s about 50% bigger and is glossy black or glossy white, and if Dbrand or XtremeSkins don’t make red vinyl skins for the FreeBuds I’ll be a little upset. On the bottom of the FreeBuds case is the USB-C charging port surrounded by a chrome ring, likely to mimic apple but it also does make it easier to see the charging port on both the black and white case. Next to the USB-C port is the very well hidden LED status light, telling you when the case is awake and what the rough battery status is. Up the right side of the case is a very easy to miss button used if ever you need to manually reset or pair the buds. On the rear is a metal plate that forms the basis for the hinge, this piece of metal also adds a nice bit of mass to the case. Lastly, we have the lid. Flipping the lid instantly wakes the buds up and pairs them to your phone, unlike other buds which wake up once you remove them from the case. The Lid is pretty well magnetically shut requiring just the right amount of force to open but when open has just the right amount of slack to be able to flip it shut, passing the “fidget toy” aspect of Truly wireless earbud cases. 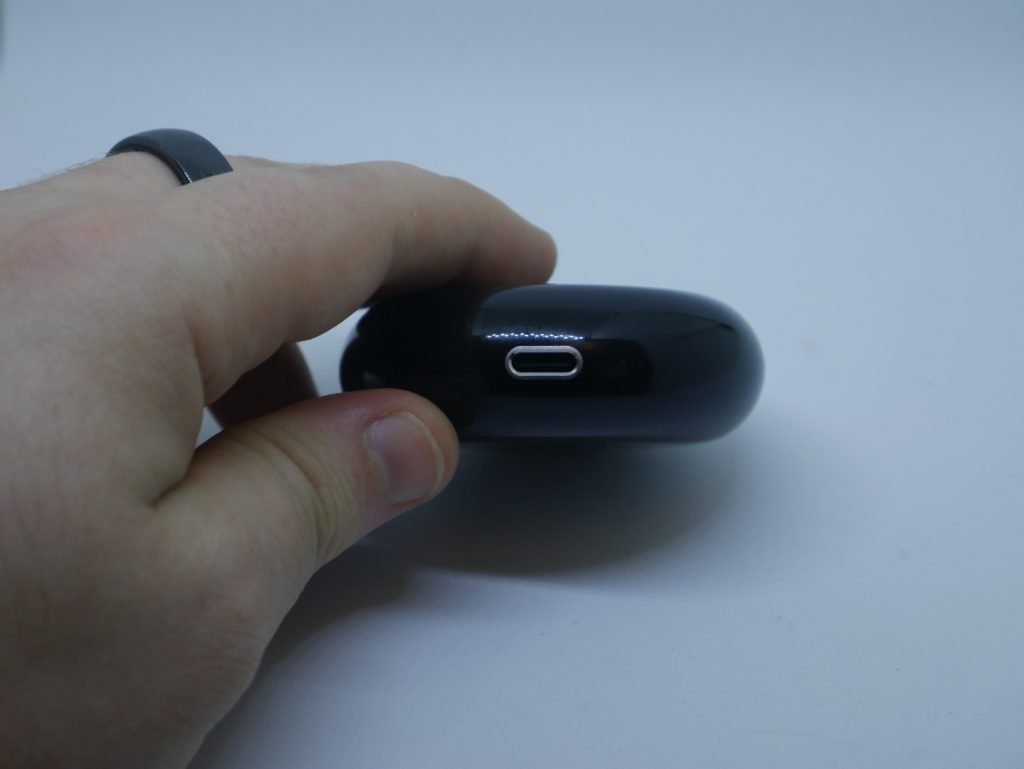 The FreeBuds are not my favourite sounding earbuds, but I will say that I enjoyed them more than I expected to.  I expected them to sound thin, flat and tinny, but they weren’t, they had Bass! There was a separation between vocals, impressively so even, this is very easy for me to say these sound better than AirPods. Though that’s not particularly hard, these do sound like they could compete with the £100~ earbuds I’ve been using. The problem is that these don’t cost £100, they cost £170. 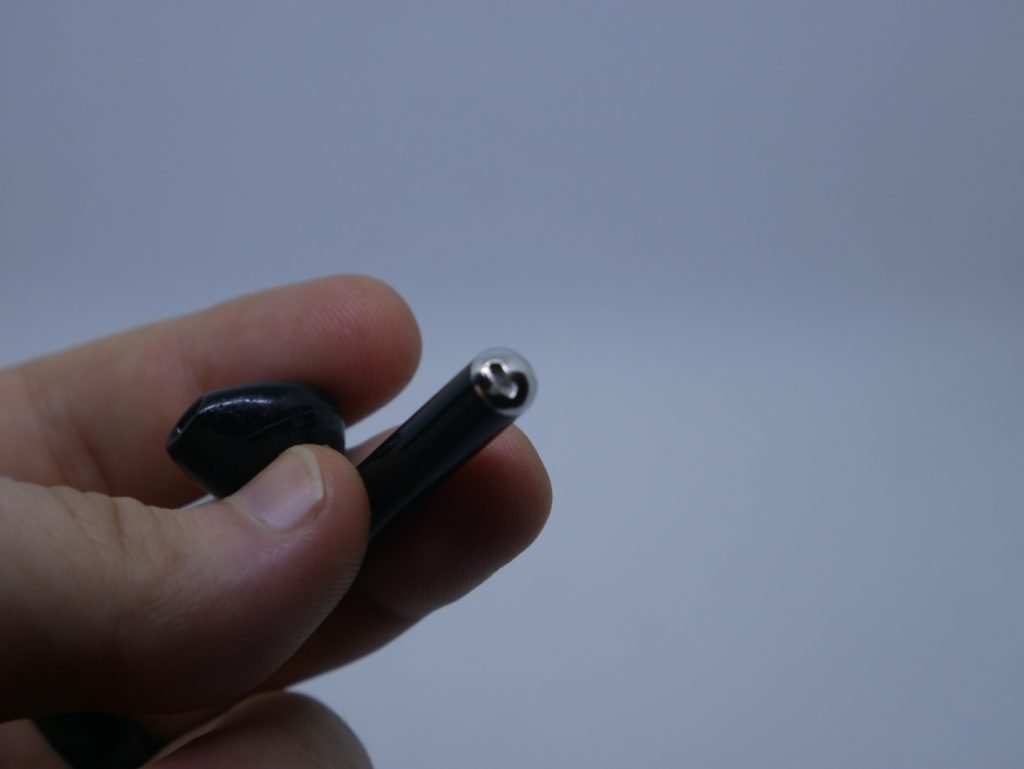 There isn’t any built-in EQ settings like the new Liberty 2 Pros or Liberty Air 2s that I recently checked out, but the profile that’s built into the FreeBuds will appeal to most people, pop music sounds, well poppy, I can definitely make out Lilly Allen or Olly Murs as themselves, so I’m pretty impressed.

The one area which weirdly didn’t sound as good as I was expecting it to was electronic music, like Daft Punk’s “Random Access Memories” it just sounded somehow flat and lifeless whilst still having too much bass, I can’t quite describe it, and it was apparent on a lot of the electro and dance tracks that I listened to sadly.

Some of the most interesting parts of the FreeBuds 3 are software-based though, and actually, are Huawei software specific.

Much like the AirPods (again) Huawei have implemented a quick pair using Bluetooth LE beacons and receivers. When you flip open the case the FreeBuds themselves send out a beacon saying they’re available, and if you’ve got a Huawei phone with EMUI10 a window will pop up on the phone showing you the buds and ask you if you want to connect. Once you do you will be greeted with the buds and the battery on each as well as the battery in the case. In the Huawei AI Life app you can go in and adjust the ANC and also remap the touch controls for each bud, you can also check for and install updates to the buds themselves. The other software feature that Huawei tout is that removing the buds from your ears causes the proximity sensor to pause the music and once you replace the buds in your ear the music resumes.

Now the AI Life app can be installed on any phone, but “pop up and Pair” and the active pause and resume feature are limited to Huawei devices running EMUI10 or higher. I understand the first bit, but why would the second require EMUI, that definitely seems like a feature that could be implemented in the standard firmware.

Something that does annoy me is that there is already a simple quick pairing solution for Android, it’s called Google Fast Pair, and it’s been out for a few years, now I understand the reason these don’t have it, the Kirin A1 chip doesn’t support it, but I don’t see why Huawei wouldn’t have sought to integrate it when building the A1, rather vexing indeed.

This is an area where the FreeBuds disappointed a bit, Huawei Claims 4 hours per charge on the buds, and when popped in the case to recharge you’ll get 20 hours before the case and the buds are depleted, and that seems like a stretch to me.

You can practically watch the buds go down in the status bar or just flip the case open to get a quick look. I didn’t absolutely kill them in under 4-hours, but I got scarily close at the 3-hour mark. Luckily at that point, I went into my meeting and by the time I was done the buds had fully charged so I could begin my journey home, but these are some of the shorter-lived buds I’ve tried, still usable for practically everything, but make sure there is some juice in your case.

Talking about getting juice into the case, there are two ways to do it, Qi wireless charging or plugging in via the USB-C port. The more convenient of the two is of course Qi, but it is 3 times slower, if you have time to wait, just throw the case on your Qi pad and leave it be, but if you need to juice up in a hurry, plug the USB-C cord in for 6w of charging to juice up quickly. I used both in my testing period and didn’t really have a preference for either. Though one thing to note is that if you want to use Qi charging you need to put the case face down, the metal plate on the rear interferes with the induction charging.

Lastly, if you have a recent Huawei phone, which you likely do if you’re looking at these, a lot of those support reverse wireless charging, meaning you can juice up your FreeBuds from your P30 Pro or Mate 20 Pro if you’re out and about and forgot to charge before you left.

This is an easy one, there are no connection issues here. One of the reasons Huawei went with the custom Kirin A1 chip is the same reason Apple designed the W1 and H1 chips. When you control the stack you control the experience. So Huawei created the Kirin A1 SoC to be a low power powerhouse of a chip handling Bluetooth 5.1 connection as well as intra-bud communications without a hitch. There was also no perceivable latency, at least to me when watching a video as well, something that some buds, especially on Android get horrifically wrong, none of that here.

I titled this review “Paying for convenience” because you are, you are paying £170 for earbuds that sound, at best, like they cost £100, but in that extra cost you are getting buds that setup without hassle, that doesn’t go out of sync with each other, that doesn’t drop connection from your phone and have decent enough ANC to block out that bloke snoring next to you on the tube. Huawei took the Apple route of making a product as simple to the end-user as possible and are charging more for it, and I think that is great because people who buy this, especially if they own a Huawei phone, are in for a great time.

So should you buy the FreeBuds 3? I think you should, and if you own a Huawei phone that’s recent enough to get EMUI10 soon, I’d definitely give them a look, they sound nice, the ANC is good and they’re just hassle-free, and not many things are. 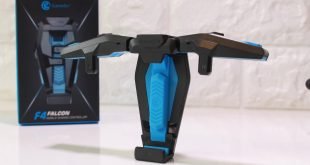 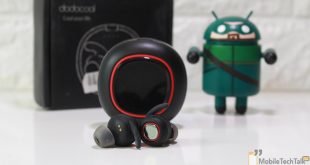