Well, here’s what we like to see; something a little different. If you’re looking for a new alarm clock, plus a new noticeboard, plus a new USB hub, then look no further! Let’s check out the Highstar Message Board USB Hub.

This product actually has no real name, being simply by a concatenation of its features – it doesn’t roll off the tongue. We’re calling it the Highstar Message Board USB Hub because that’s what we think best describes it (although we’ve dropped some features from that name) – we’ll explain as we go on. 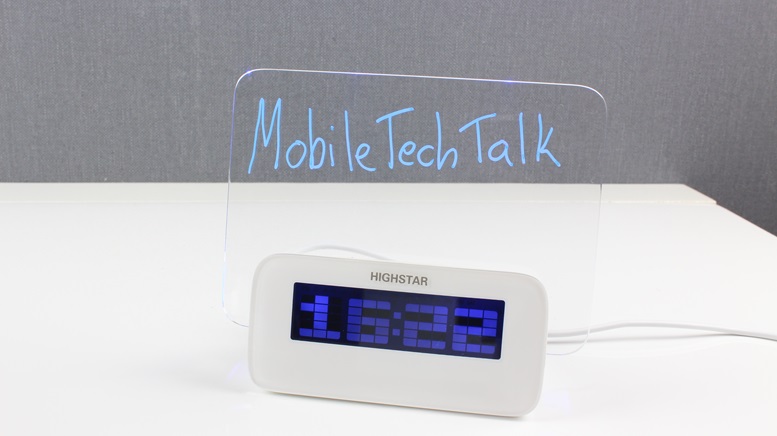 Let’s cover the box contents first as it’s relatively simplistic. In the box comes the unit, a rather good user guide with all the main features covered and a pen (more on that later). The unit itself is decked out in a glossy white plastic with a clear plastic screen popping out of the top. On the rear are 4 USB ports (claiming to be 2.0) and the integrated USB cable. Yes, it would have been nice if it was detachable.

On the bottom of the unit is the main selection button as well as a mode, set and up/down buttons. To the side of the buttons is a battery compartment taking three AAA batteries for operation. These do not need to be used and are entirely optional. The device can be powered by USB alone, although we’d recommend pairing both power sources to ensure the alarm clock functionality.

We still haven’t really defined what this bad boy can do have we? Well here goes. It’s an Alarm Clock, a calendar, a thermometer, a stop watch, and a memo board. No, we’re serious. That’s it’s feature set. The primary use for this device seems to be an alarm clock judging by the digital panel on the front with a blue LED backlight. With the rear having USB ports, we’re sure that “USB hub” is a close second.

By utilising the controls on the bottom, users can set the time, date, change temperature display (F or C), set alarms, and birthdays (which are accompanied with a little ditty). 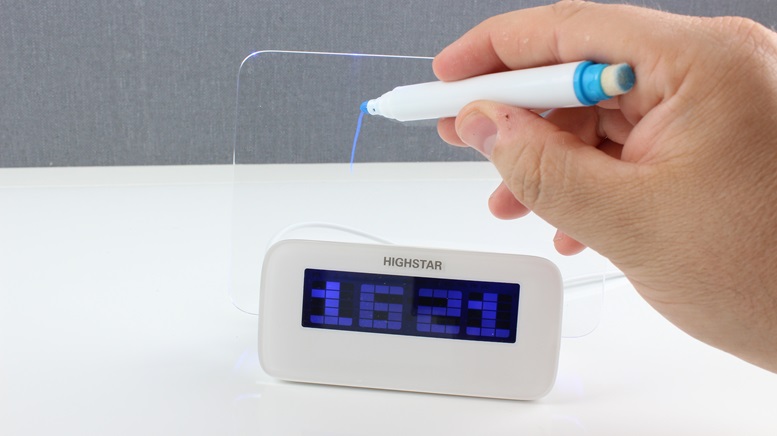 The other stand out feature is the blue LED backlit plastic panel sticking straight up above the unit, and this is where the pen comes in. The fluorescent blue ink, once on the clear panel, is lit up by the blue LED and it actually looks quite snazzy. Leave notes, little reminders, or shopping lists. Whatever is floats your boat! When you’re done, use the reverse of the pen to rub it out and compose another witticism!

When connected to a USB power source, the blue LED is constantly on, illuminating whatever is written on the clear panel as well as the time (by default). Using AAA batteries keeps the clock alive, and only lights up when the main button is depressed. We’d recommend doing this to avoid having to reset the clock each time, if for no other reason.

By pressing down on the front of the device, users engage the main button underneath, which enables an easy way of navigating through the other modes; date, alarm setting, temperature, etc. Interacting with any of these, such as setting the alarm, engaging the stop watch or resetting it, requires lifting the unit off the desk which isn’t exactly intuitive, we’re sure the majority of people going for a device like this, at this cost, wouldn’t be put off.

As a USB hub, it’s sadly let down. We have the USB 2.0 version (there is a 1.1 version also) and in our testing we failed to get the device to recognise more than 1 MBps transfer speeds which is incredibly poor. We tried a variety of ports (USB 2.0 and 3.o) and each time our Windows operating system suggested we plug it into a 2.0 outlet to allow faster speeds. 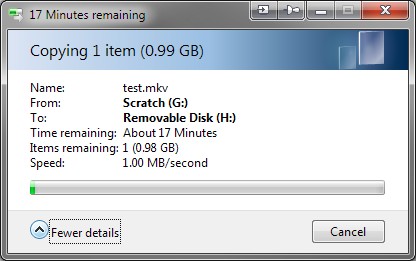 The temperature is vaguely accurate, and the stock watch seems to have little use, but the birthday chimes are nice – we’re not sure about the “World famous songs” claim though.

This device isn’t to be taken seriously. It delivers okay performance in all areas aside from acting as a USB hub – in that in almost singularly fails. If you want to use this device primarily as a USB hub, there are better on the market for less money – this isn’t the unit you’re looking for, move along.

We’re betting that’s not the case though. We’re betting, like us, you wanted to get something a little funky to play with, with the change you have burning a whole in your pocket. We did too! As an impulse buy it’s actually quite a nice unit, and we never fail to smile when we turn on our machines in the morning and it illuminates with a witty saying.

This device is just £7.99 from Amazon currently and whilst this device won’t make or break your day, it won’t break your bank balance either and if you fancy a retail therapy-based pick me up of the gadgetry kind, then we definitely suggest taking a look. It’s just a bit of fun, whether it was intended to be or not, and we are happy for the brevity it brings. 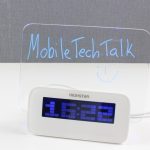