The PC Gaming community can be an elitist bunch. Gaming subreddits swell with pimped out Battlestations and hardline water-cooled gaming rigs costing thousands of pounds. The truth is that many can’t afford the latest and greatest kit and have to accept that medium settings is about as high as they are going to get in terms of graphical fidelity. It, therefore, follows that those same consumers would be looking for budget peripherals too. If you’re a casual gamer (ignore the ‘filthy casual gamer’ tag those same subreddits will brand you with) it’s possible to have a good gaming experience without spending hundreds on keyboards and mice also, as it is with a budget PC. Enter the Havit RK-B20. This combination includes a gaming-centric one-handed keyboard, and gaming mouse, and just might be worth a look.

Havit provided the RK-B20 keyboard/mouse combo free of charge in exchange for a full and fair review. No money has exchanged hands between Havit and MobileTechTalk and Havit have no editorial input as to the final published content. In addition, Havit will have no visibility of the review prior to publishing.

I must preface this review by saying that my hardcore gaming days are over. Stints in Quake II and Quake 3 Arena clans, and subsequent tours of duty in CS:Source semi-competitive ladders are but a distant memory now. That’s not to say I don’t still enjoy my games. I still rock a good setup with mechanical peripherals and a decent rig of my own; I simply don’t demand too much of it nowadays. So whilst the Havit RK-B20 might not be for me, I was drawn to look at it as I think a lot of people now have one of a couple of different opinions of PC gaming:

That might have been the case in the late 1990’s and early 2000’s when my gaming peak hit, but thanks to the ubiquity of PC gaming (yes, if you are buying a next-generation console, it’s practically a PC) the consumer has much more choice and can game on a budget successfully. 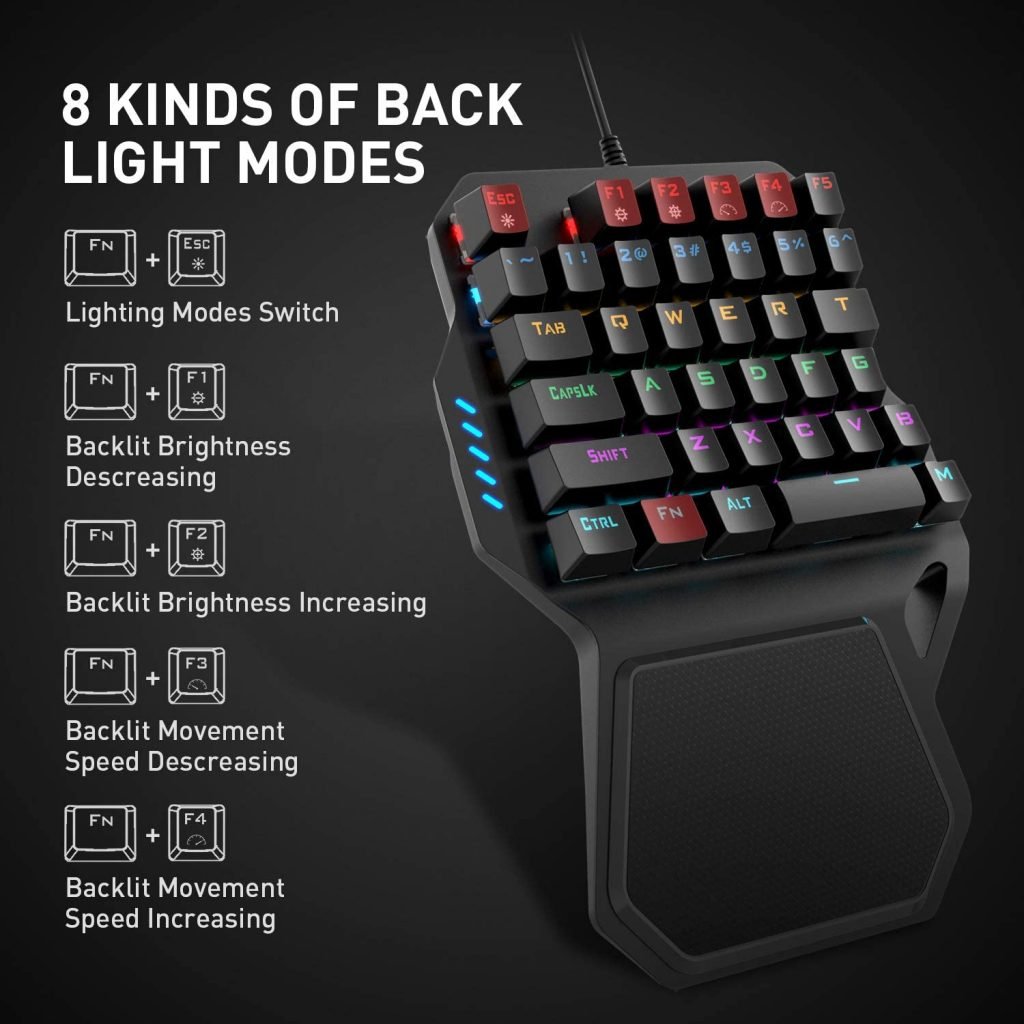 The Havit RK-B20 includes both a one-handed mechanical keyboard and a gaming mouse. The keyboard has 36 keys which cover the majority of those used most frequently during FPS gaming (assuming you use a WASD config rather than still persist with arrow keys), and includes Outemu Blue switches which provide increased tactility and audio feedback when pressed over other forms of mechanical switches.

RGB is of course in two with 8 different backlight modes, along with anti-ghosting features, and a rather wide plastic, yet comfortable, wrist rest.

The gaming mouse included is similar in design. It shares a similar all-black plastic design to the keyboard, with 7 different RGB modes on offer and a subtle Havit logo on the palm rest. There are 7 buttons available to use on the mouse with a DPI button, scroll wheel, four mouse buttons, as well as an LED button to change the lighting effects.  You can also install the Havit control software from their website to further programme your own customised lighting effect on the mouse.

Just some of the RGB modes available on the @havit_official RK-B20 one-hand gaming keyboard in for review. Can you tell these are Blue switches!?!? . #mtt #pcmr #havit #mechanicalkeyboard #keyboard #gaming #gamedeck #pcgaming

Plug and play – has there been a better invention for PCs? Of course, there has, but there’s nothing better than just plugging something in and it working. That’s kind of why Apple is so successful. They make tech that just works.

When plugging in the keyboard half of the Havit RK-B20 combo, I would suggest that it’s plugged in alongside another keyboard. If not, users will find it hard to type with half of the keys missing! I’m sure those reading have already figured that out though. 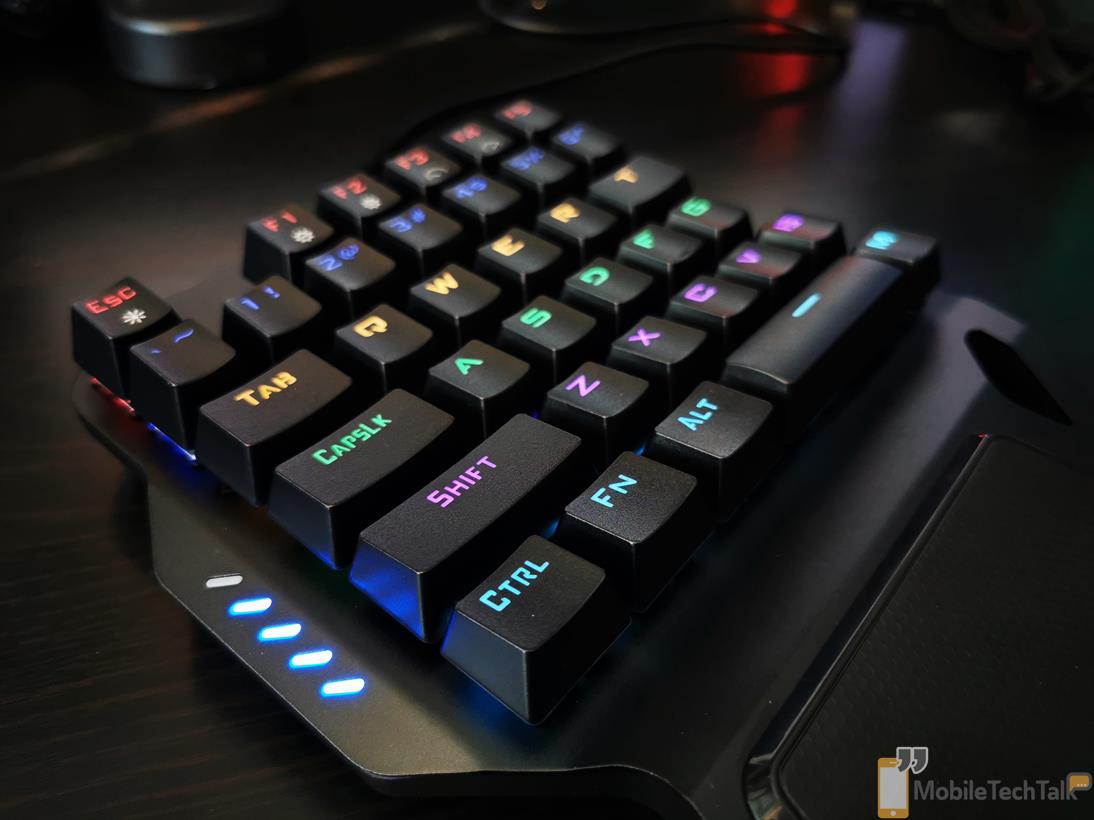 The keyboard design is full of softened edges which lead onto the plastic wrist rest. It somehow still manages to feel ergonomic. The keys are fairly standard-fare with concave caps and a gamer font in tow. There is wobble on the keys but not as much as I’d expect given the price. The keys included are sized as normal as one can expect on an abnormal footprint board. Only the ‘T’ key is resized to presumably allow a good contact when reaching across to it. 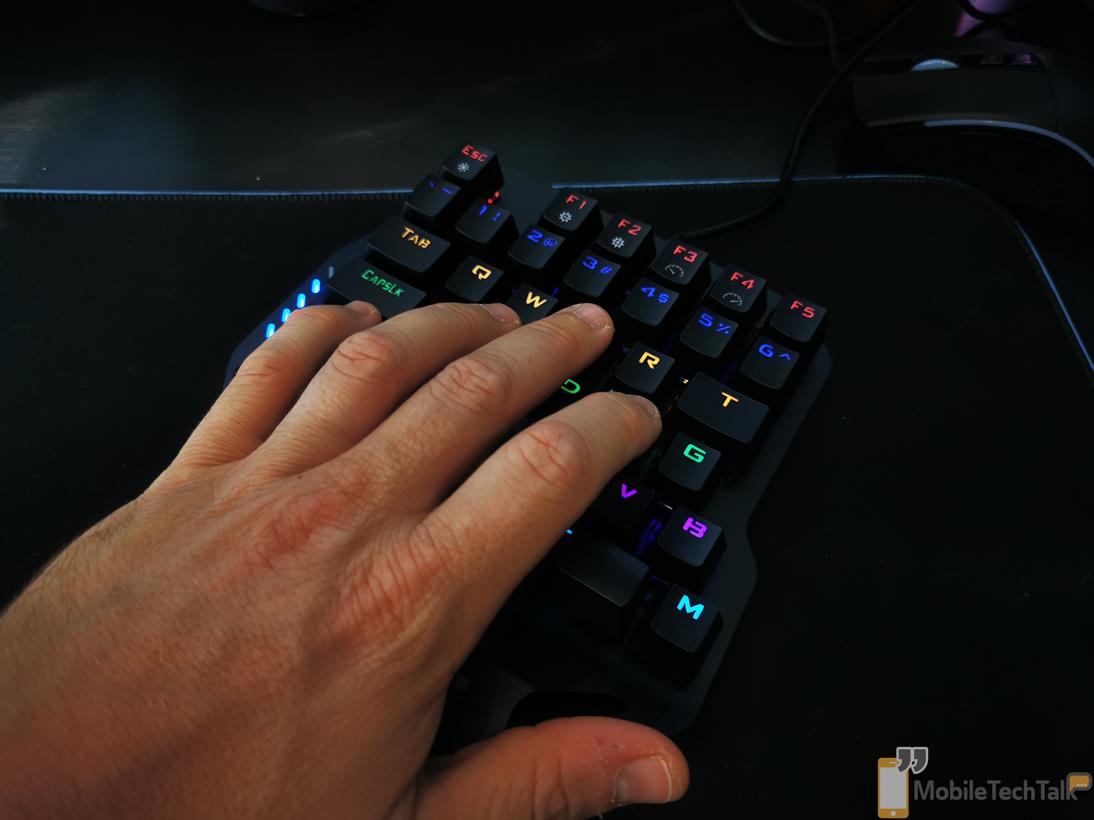 The Outemu Blue switches are very tactile but slightly quieter than other Blue switches I’ve tested. This is good news as you might well be able to use this board on a bare desk without a mat to mute the noise. All keys are easily accessed from the default position, albeit I had to move the heel of my hand a little further up the rest as I’m used to a smaller keyset. There’s also a nice little cut out below the ‘M’ key which is where your thumb naturally goes to rest.

The board has very little flex as would be expected in something relatively small. However, I would like to see a higher set of rubber feet than is currently present to cope with gaming pad use, and/or any board warping in the heat. It is made from cheap plastic after all. The wrist rest is comfortable enough although it isn’t rubberised at all so I can see longer gaming sessions taking their toll. 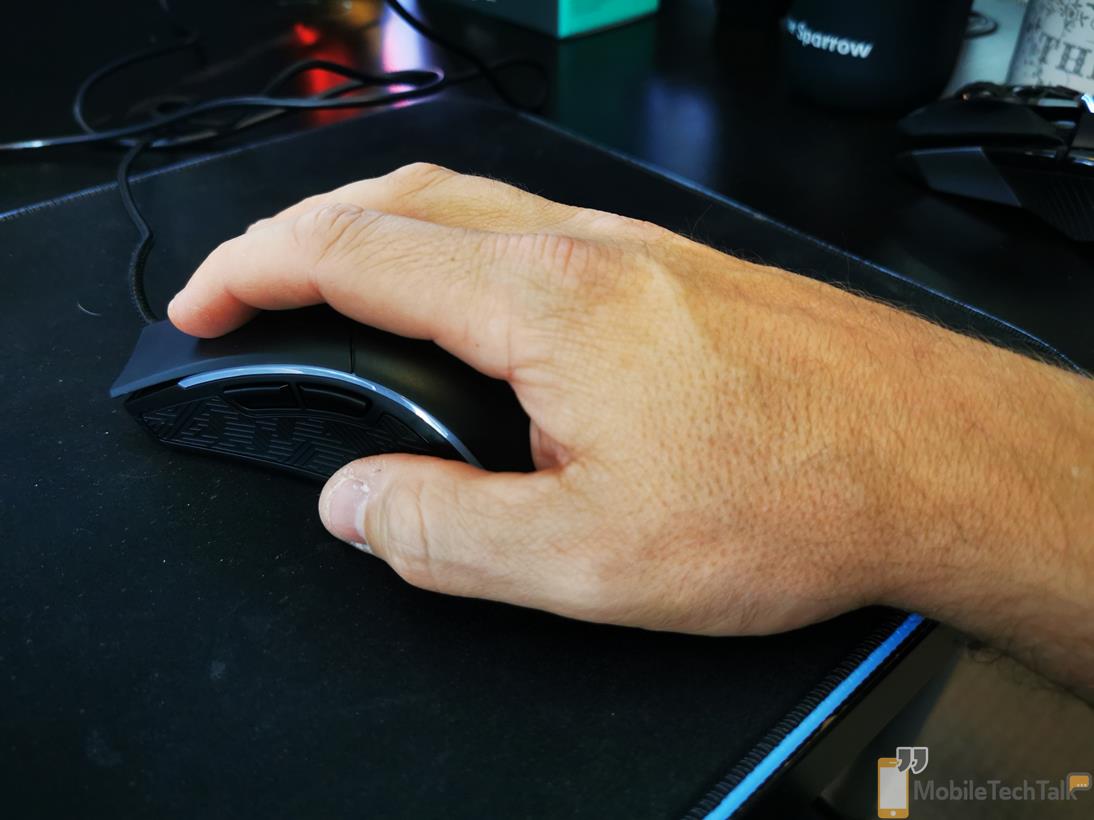 The mouse portion of this combo is equally as functional. The design is very basic with a plastic textured left-hand side and an LED strip along the palm rest. There are 6 DPI levels ranging from 800 to 4800. It’s an acceptable range whilst not in the flagship tier. I personally use around 3200 for day to day use on the desktop with only a slight uplift in-game, so this would work for me.

What wouldn’t however is the aforementioned textured left-hand side, which is where my thumb sits. That texture serves to do nothing due to the lack of any depth and the material in use. A rubberised texture or a higher quality plastic being used would be nicer to see.

The RGB modes are nice here but I’ve personally never really cared for them on mice. My hand usually covers most of the visible portion of the device in any case. If you’re that way inclined however you can head on over to the Havit website and download the utility to allow you to programme your own colour scheme.

The left and right mouse buttons are tactile enough, with the back and forward buttons being easier to depress. I’d like to have seen them positioned a little further back to aid those claw grip gamers out there, but full palm grip gamers should be happy with the positioning.

There’s a nice braided cable here which is in stark contrast to the plain unbraided USB cable that comes with the keyboard. There’s just something about the mouse that feels particularly cheap though. It might be a combination of the lack of weight at the front end of the mouse and the nobbly feel of the scroll wheel. There is a similar feel to the switches on the keyboard when compared to any other generic mechanical blue switches, but the ones on the mouse are of a lower grade when compared to current generation mice. 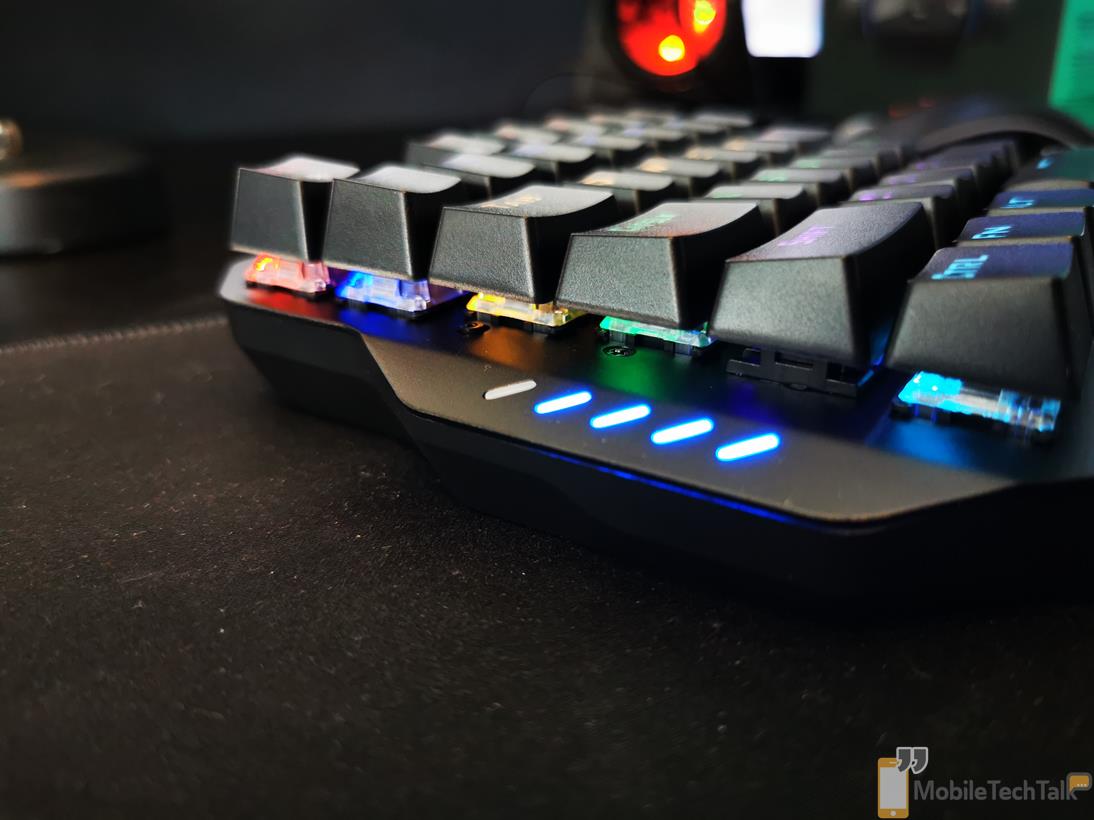 It all comes down to budget. If you’re an FPS player who wants to be able to dabble in something a little more gamerish then the Havit RK-B20 combo will be worth a small outlay for you. You get a sturdy feeling one-handed gaming keyboard as well as a complimentary mouse which is acceptable, but not remarkable.

Some mechanical keyboards and mice can cost a hundred times the amount Havit is asking for this combination. The conservative gamer demographic will be happy enough with the keyboard and mouse combination (the keyboard especially) for just £22.  Give it a shot. 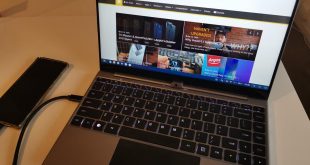 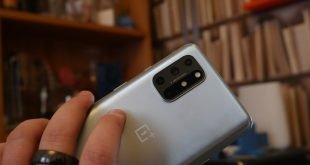 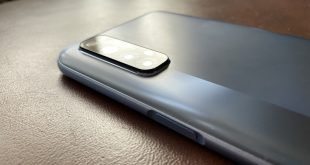