Another dodocool product here and this is the dodocool Pocket Stand, designed for the smartphones and tablets. This little accessory neatly folds away and can be pulled out when hot-desking to house your device. Let’s take a look and see if it’s worth the £7 they’re asking. 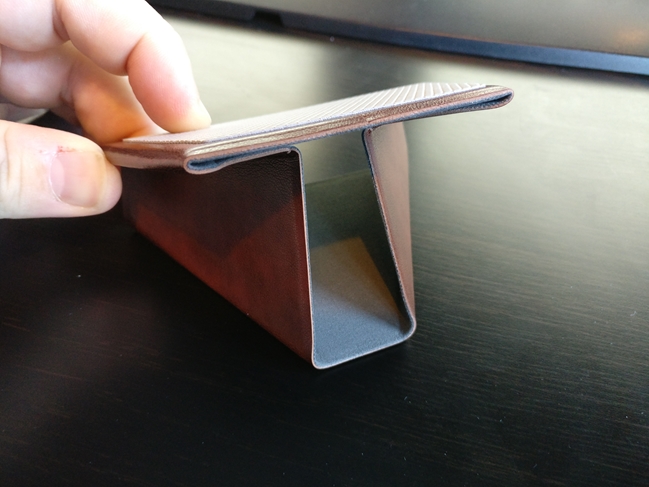 If you’re anything like us, you’ll me surrounded by tech at least some of the time. For me specifically, this unit was to solve a very small admittedly, but very real issue. My OnePlus 3 unit has a fingerprint scanner on the bottom front and it’s more natural to pickup the unit to actuate the fingerprint scanner than it is to leave it flat on a desk. That means many times a day I pickup my phone, unlock it, notice nobody cares about my existence enough to message me on any number of applications, and then put it down again. It’s just annoying that I don’t have a good view of the device. Now, I’ve had stands before, but I don’t want it there permanently, just when I need it, so when dodocool reached out, this was on the list of little tools I wanted to review.

The dodocool Folding Stand starts off at a pocketable 130mm x 66mm in size and comes in a brown colour, with a grey rubberised non-slip pad both on the top and the bottom to help maintain the position of your device. When unfolded into the stand position, the device housed will lean at approximately 45 degrees allowing easy visibility of the screen as well as a sturdy enough position for accessing via touch.

Okay, but does it actually work I hear you ask? Yup, it does the job nicely. In fact, the heavier the device you want it to hold, the more impressive it becomes, especially in the beginning whilst the PU leather is still a little tight. Once you’re done for the day, folding back is simple and the included magnets help hold the two sides together when it’s being stored.

According to all the documentation I could find, it seems the unit is supposed to be used with the smallest pad facing up awaiting your device, but I found that the reverse worked just as well, and even better when wanting to house a larger device, such as an iPad. The additional size of the pad gives the grip required in that instance. There’s not much else to say here. A choice of colours would be nice, and perhaps a slightly grippier surface would be handy. We’ve not had a device slip off yet, it’s just a gut feeling.

Simply put, for something that could be costing you less than two cups of coffee (or two pints if you’re that way inclined), it’s a neat little gift for somebody coming up to Christmas? I wanted so badly to have something like this that I backed the Vavo on Kickstarter many years back. This is a better solution for a wider range on devices (a large compatibility list is on their Amazon product page) and it’s even got a 12 month warranty, although we’re not sure how that would work as there’s not much that can go wrong with this product other than outright tearing. Go on, spend less than a tenner on this for somebody as a stocking filler. I did. 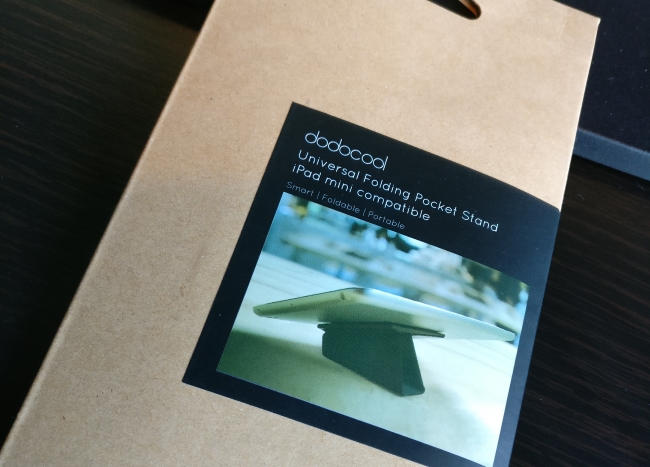