We continue our look at some of dodocool’s products, this time looking at a lamp. Yes, you can move it around, and it’s a gadget, so technically, it’s Mobile and Tech and we’re going to Talk about the dodocool lamp now.

Discount code at the bottom of the article! 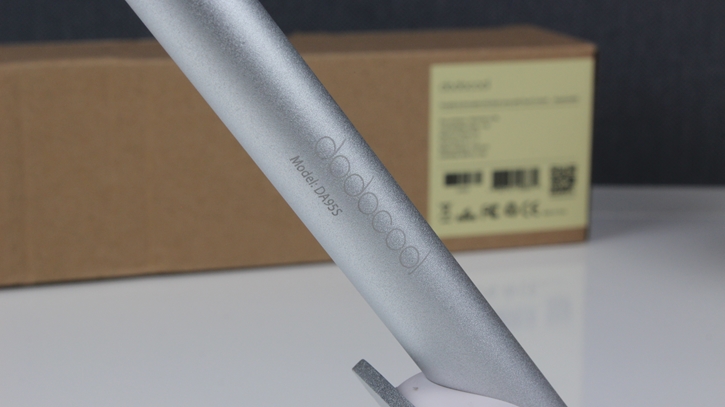 Yes, you didn’t know dodocool did lamps too did you? Well they offer more than jut smartphone peripherals and looks to deliver accessories that can augment all of your technology use cases, such as productivity. This device is perfect for desk work, but it’s got more than a few strings to its bow. Let’s start by looking at what you get in the package.

Along with the lamp, comes a charging cable (USB Type A to proprietary pin jack), a metallic base, a plastic connector for the lamp body, as well as a couple of Velcro strips for the connector and a set of screws for a more permanent fixing.

You might look down those contents and see a hint at what this unit can be used for. It’s not just a desk lamp, or perhaps it’s not even a desk lamp. Who knows, but I certainly used it in multiple use cases. On my desk, in the loft shifting items around, connected to a piece of metal in my shed to complete some tidying, and numerous others.

The long slender aluminium lamp is topped and tailed by a light control button, and a pin connector. The Capacitive end controls the luminescence of the device. Touch once and hold to control increase the brightness whilst touching and holding a second time will dim the unit. A novel way to control the brightness and one that was immediately intuitive to me.

The included LED has a 165 lumens rating which is quite bright in the dead of night, and is acceptable in daylight too for dimly lit area. That’s helped by the fact the colour temperature of this unit is a “real white” 4500K. It was always bright enough for me and with the just over 4 hours that it can deliver on one charge, at full brightness, I never found myself without some light should the need arise. the max brightness isn’t required most of the time and dodocool claim that at the lowest brightness setting the lamp can deliver 174 hours of continuous light. Whilst this wasn’t tested, that’s excellent! 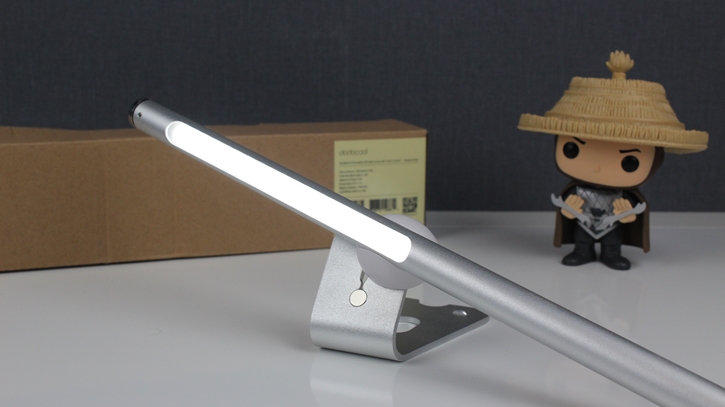 The power is delivered by a 1100 mAh battery which is topped up with the included charging cable. That cable can be detached to allow for movement when fully charged and that is when the lamp comes into its own.

The included plastic connector clips onto the dodocool Lamp’s shaft and with the magnetic sections of the connector, can be attached to most metallic surfaces, such as the included stand.

Removing it from the stand it becomes more feature rich and can be used everywhere as mentioned earlier. I’ve used it lots of places and the only slightly annoying thing is that any skin contact made with the end will slowly turn off the device. A “brightness lock” on the shaft would have been a nice inclusion; maybe for a second generation. Another area we’d like to have seen improved, or more time spent on it is the metallic stand. The magnets are plenty strong but it’s a little rough and those with soft-wood or glass desks might be fearful of scratching it. A softer material might perhaps be more beneficial here.

There’s not much more to say here other than this device, with multiple use cases, costs just £13.99. I have reviewed a few other lamps and used many more over the years, but this one is a little different, and that’s why I fell in love with technology. I like the slightly quirky (hence my backing of the Runcible project for example) and this fits the bill. Despite that, it has utility which is the first and most important feature of anything a little out there. I liked this so much, I purchased another one for use elsewhere. That’s surely a recommendation right?

DISCOUNT CODE: dodocool has kindly given us a discount code to pass on to our readers. 21% off in fact! Use the code 2FHFHN57 before 14th March to receive this discount! 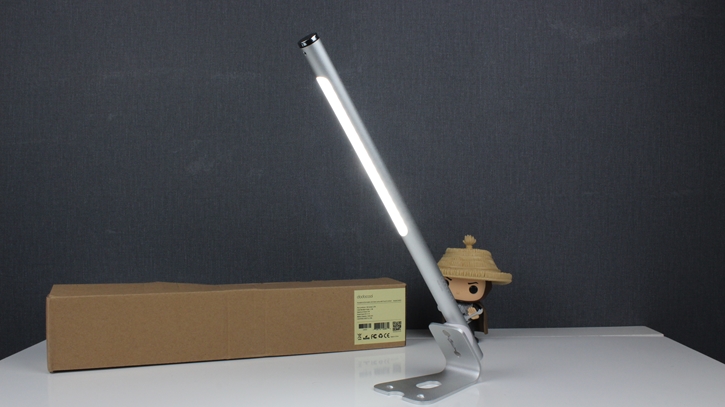