The Dodocool DA150 is my sort of wireless speaker. It’s sleek, stylish, reminiscent of the “ballistic nylon” design of the Motorola Droid Turbo (I know, perhaps a bit niche that), as well as delivering excellent audio despite its pint-sized dual 3W speakers. Don’t wait until the end of the review to buy one of these if everything I’ve just said sounds good – do it. If you want a bit more info, let’s do just that.

UPDATE: If you fancy a bit of a discount on this speaker, check out this link for the Dodocool DA150 , use the code below and you can buy this for just for £17.99. 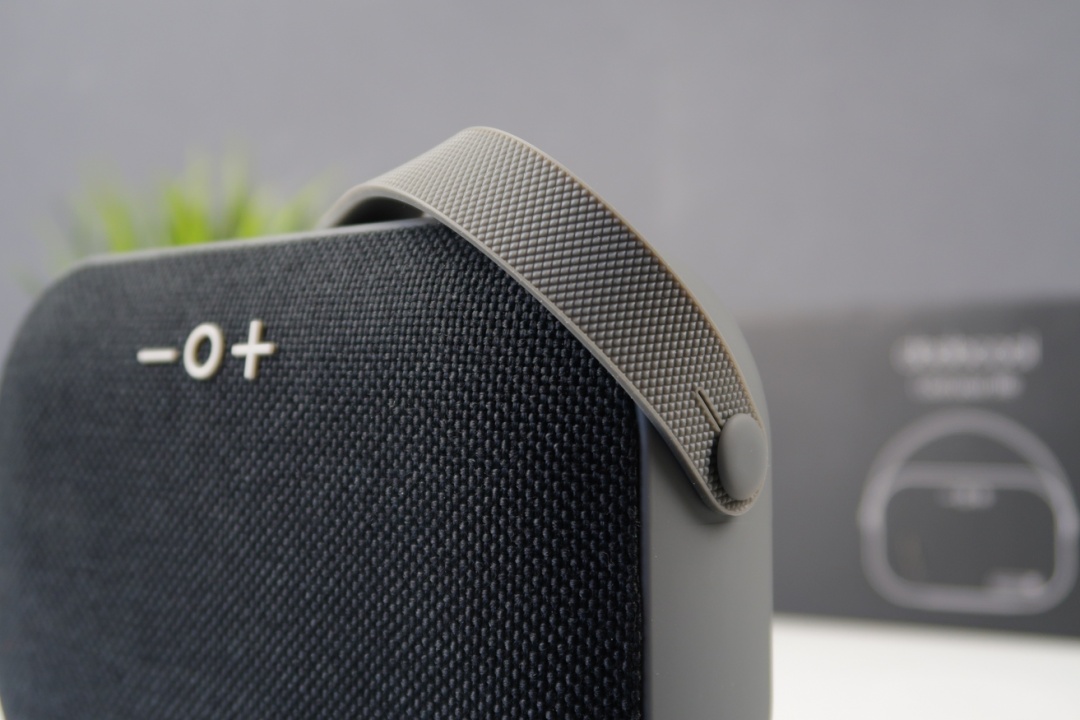 We actually like Dodocool. Yes they deliver the same products as many other Amazon resellers, however they normally give them a little flair and finesse in the details that make them stand out. The Dodocool DA150 is no different.

A small package houses just the speaker, the rubberised carry handle and a USB cable for charging. Sparse but that’s fine; this product’s simplicity is its ally.

The rubberised band simply clips on thanks to some handy slips down the side and once connected matches the aesthetic of the Dodocool DA150 Wireless Speaker perfectly. The speaker is not much wider than the length of a 2017 smartphone, and as tall as a 2015 smartphone. It’s obviously a little wider (aren’t we all:) though, but I’m just trying to give you some frame of reference in terms of the size. Just look at the pictures – this is very portable!

The middle accent is grey silicone which gives a smooth yet surprisingly grippy surface, along with the nylon speaker grille finish. I love devices with this aesthetic (see aforementioned Droid Turbo reference) and once again here it just does it for me. It’s nice and simple but it gives your eyes something to look at that isn’t smooth plastic, silicone or metal. It just works. 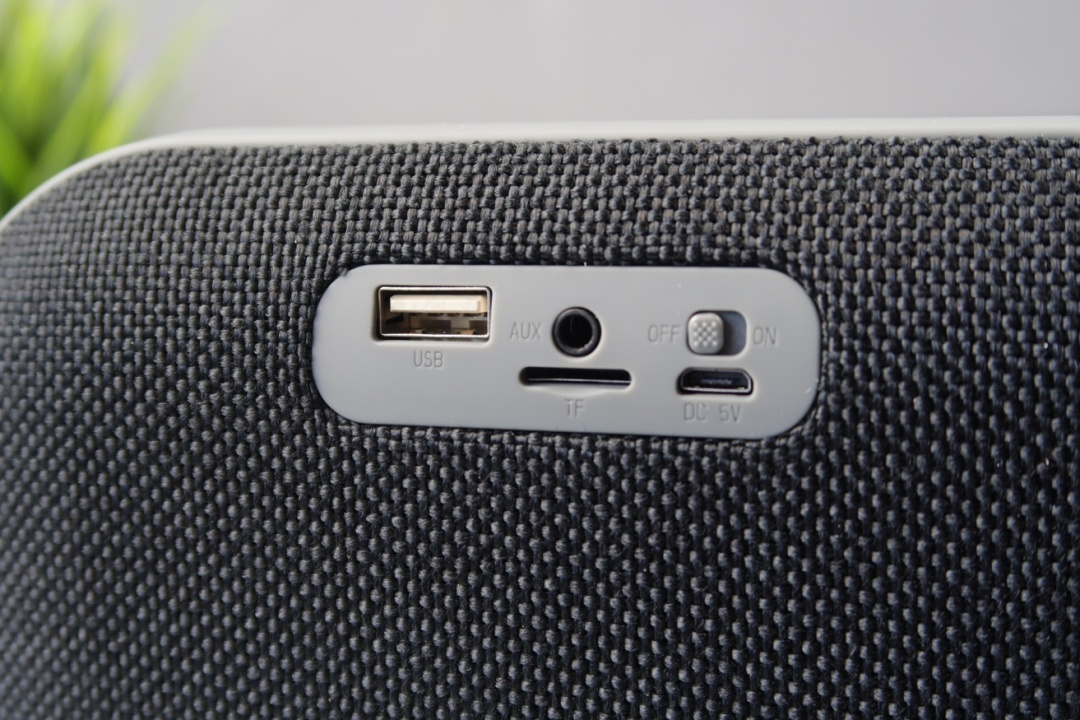 Around the back is where the inputs reside. You have a USB input, microSD card, 3.5mm Aux cable in, as well as an on/off toggle and the microUSB charging port. Again, nice and simple. The inclusion of a microSD card is surprising but welcome. Whilst not many will utilise this too much, those with expandable storage in their phones might well be able to pop this out and play the music from it on this device. Again, niche, but the sort of thing I’d do in a pinch.

Connection via Bluetooth is flawless and the range actually can be tested without getting a few metres and having to take both devices with you to maintain the connection. Real 10m range in a Bluetooth device – who’d have thought it!

Audio wise you’ll think you’re listening to 10W speakers here rather than the dual 3W ones included. They can get plenty loud and they can also deliver some acceptable bass. All things are in proportion and the highs and lows are equally clear, perhaps in part due to the limited nature of the lows on the 3W speakers themselves. They do well though.

Perhaps the only downside here is the battery life. Whilst it’s not to bad at a tested 3 hours 50 mins of continuous playback, the charging time is nearly double that in some scenarios which means that it’s really a device you might want to have a microUSB cable hand. Just take a power bank with you when you take it on your travels and you should be good to go but given the size of the device (yes small footprint, but normal by Bluetooth speaker standards) I’d expect a bigger battery in there. Perhaps a 2400 mAh batter would be better than the included 1200mAh unit?

I really can’t recommend this product enough. It’s £25 and it delivers on everything it attempts to. If I was looking for another Bluetooth speaker (I’m not, I have literally hundreds) I’d definitely give this one a good looking at. Aesthetically as I’ve exhausted now, it’s lovely, but it also gets the most out of the limited 3W speakers included and due to the silicone carry band it’s just so damn portable. Love it! 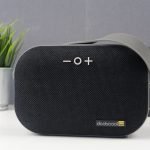