In a seemingly never-ending quest to become Jack and Master of all trades, Xiaomi turns their hand at the Action Camera market and trains their eye on GoPro and it’s competitors. Many have come before it and many have fallen at the hands of GoPro’s undisputed might in the market segment. Xiaomi however have an ace up their sleeve, and playing it might just win them a large slice of the market. This is the full review of the Xiaomi Yi Action Camera.

As was alluded to in the introduction, many companies have tried to deliver a device that can compete with the GoPro in terms of ease of use, established quality and market penetration. Many have also failed miserably. There is a somewhat simple parallel to be drawn between GoPro and Apple in terms of simplicity. Their products are small, well-built and easy to use whilst maintaining a feature set dedicated to their demographic. A further correlation is the price point. Many consumers have been put off by the price of the GoPro, and its plethora of accessories, and have instead opted for cheaper, inferior alternatives.

Enter the Xiaomi Yi Action Camera. If you’re not aware of the Chinese mobile device manufacturer, firstly where have you been? Xiaomi have been tearing up the consumer market place in the Far East especially and in 2014 became the leading smartphone vendor in China whilst also cemented themselves as the third largest manufacturer of smartphones, placing themselves in front of the likes of LG and Lenovo. Suffice to say they now have some pedigree and traction as a mobile device manufacturer.

It’s no great surprise to see Xiaomi branch out into other mobile device segments after their forays into smartphones, tablets and more latterly TVs also.

The Yi Camera comes in the now standard brown Xiaomi packaging with the usual “Mi” logo replaced with the “Yi”. Our packaging is square as we’ve opted for the device alone, however there is the choice of buying a package which includes a selfie monopod stick. The packaging is largely uninspiring, but it’s also quite minimal. It’s not a bad unboxing experience at all, there just isn’t anything earth shattering about the packaging. The price point no doubt plays a part here; more on that later.

In the box we find:

The stand out specifications of the Yi Camera, aside from its minute size has to be the ability to record 1080p video at 60fps. Its direct competitor, the GoPro Hero manages just 1080p at 30fps which should be noticeably different during movement.

Having never used an action camera before, here at MobileTechTalk we were a little unsure what to expect. The Yi Camera is found front and centre upon opening the box and the included battery is very easy to install. The camera itself is small….very small! Almost half of the device is taken up with the lens, whilst the other side is the large “On/Off” button which is also used to toggle between photo and video mode.

As you look at the front of the device, the top edge has a shutter button, the right edge houses the Wi-Fi Direct button and connectivity LED, and on the backside are hard plastic ‘doors’ covering the battery bay, as well as the microSD, micro USB and micro HDMI slots. Finally, on the bottom of the device is a standard 1/4″ mounting screw.

Despite the entirety of the device being nothing more than hardened plastic, it feels as though it could take a knock. If the device was coated in brushed aluminium, I’m sure many, like us, would be loath to test out its rigidity in the field. The choice of materials is one made almost entirely for cost, however the merits of the choice extend beyond mere price for practical use.

The fact Xiaomi managed to get the hardware they did into a small body, at the price point they did whilst maintaining a semblance of build quality and longevity to the device is testament to their growth as a mobile device manufacturer and their increased quality control.

The front On/Off button and top Power button both have a satisfying click when depressed. The On/Off button can be pressed once more to toggle from Photo to Video mode once turned on. The Wi-Fi Direct button is depressed for a period of time to pair and allows the device to speak directly to an Android mobile device (no official iOS support yet although workarounds are available here) and to copy the video captures and photos that are stored on the devices’ SD Card. Speaking of, the device can handle up to a 64GB microSD card. This is another area that Xiaomi manages to win over on the spec list as the GoPro Hero only supports 32GB cards.

The 1100 mAh battery was one area we were less pleased with. With a 40 minute car journey eating 91% of the battery, we possibly expected slightly nearer the 90 minute mark. The GoPro Hero, to which this device is destined to be paralleled, and is marketed as such, has an estimated continuous shooting time of around 180mins at 1080p. Having not used a GoPro we cannot be particularly scientific in our comparison, however with a GoPro Hero (entry-level) camera sporting a 1050 mAh batter, we highly doubt that the battery life would be too different to what we’re seeing on the Yi Camera. For bike rides and a few choice moments, it’s passable; don’t expect to record a long sporting event though.

Another area that didn’t quite ring our bell was audio. Audio was often recorded muffled and sometimes inaudible, however we were often in a car or in an area with lots of background noise. That being said, we would be much happier to simply record video with this device and leave audio to something more powerful. If your idea is to edit in a deep dub-step baseline over the top of a video of you skydiving, you’ll not go far wrong! Don’t expect too much from the pinhole mics.

The Yi Camera operates similar to the many other action cameras and completely converse to many “normal” cameras in that it has no LED panel to view the footage you’re recording or photos you’ve just snapped. Instead there is a companion app that allows this functionality.

The Yi Camera application is, despite its Chinese language, easy to navigate and relatively intuitive. There are three main tabs and they are fairly self-explanatory; Video, Snapshot and Photo.

Installing the Yi Camera app is an easy task. Xiaomi includes a QR code in the manual to get you started, and upon first opening, we were delighted to find a firmware upgrade awaiting us. Updating was a smooth process and we were soon greeted by a live preview of our Yi Camera in action. Very nice!

Moving through the tabs gives different shooting modes as previously alluded to and the only slight issue we had, was the inability to play back video, via the Wi-Fi direct connection, from the Camera. Presumably this is to do with the bit rate required for the 1080p 60fps recording. Thankfully downloading to the tethered smartphone is no big deal and our Wi-Fi Direct connection topped out at 2Mbps which seems reasonable. Take a look at the Unboxing video for more information relating to operation.

Once downloaded we could view the video with any video player and we were pleasantly surprised at the quality. Exposure compensation isn’t the best but the overall clarity can’t be sniffed at, especially next to the backdrop of that price point!

Photos were less sharp however and in less than “good” light conditions the quality can dip quite dramatically. Others we know who have a Yi Camera have not found this to be as big an issue as we have so your mileage may vary. Overall however, for £66 (plus import tax) the captures, both video and photo, are plenty good enough to take on bike rides, or to events and come back with some great memories. We’re keen on getting some trips out and about with the Yi Camera in order to test it in more favourable light.

The Yi Camera has tough opposition. The GoPro has cemented itself as the go to action camera for action fanatics. Whether you’re bike riding, white water rafting, or sky diving, we’ve all seen the adverts; you buy a GoPro for those sorts of moments right? If you believed that, you’d be spending a lot more on your action camera than our time with the Yi Camera suggests you need to.

Xiaomi have managed to deliver a small, powerful box tricks capable of delivering high-end video with acceptable quality, at a price point that frankly cannot be beaten currently. If you want 4k, move on. There’s nothing for you here. Although in an age where smartphone cameras can still be relatively poor in terms of point-and-shoot photography for anything other than social media sharing, the Yi Camera nestles quite happily within the crowd.

The Xiaomi Yi Camera is yet another indication that the rapidly growing Chinese manufacturer shows no sign of slowing down. They, like HTC, are looking at the mobile device long game and are no longer content to confine their products to smartphones only. Expect to see more tablets, mobile gadgets, routers and cameras from Xiaomi in the near future and expect a similarly friendly price tag along with them.

Simply put if you are after a cheap and cheerful way to capture some shots on Holiday and some special moments of activity, you can’t really go wrong with this product, especially at this price. 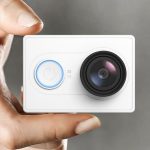 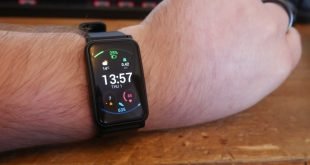