So a few weeks back I posted a little thing on the Xiaomi USB fan, LED light and one of their power banks. Having seen them in pic’s, the little power bank standing upright and with the fan or the light plugged in I found myself thinking Want!!! Not that I had any special practical use for a battery powered light or for that matter a battery powered fan. While the UK may be blessed in many ways but endless summer sun is not one of them. 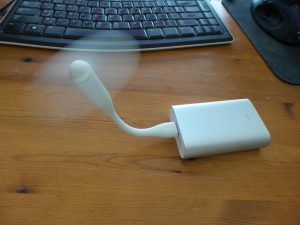 So anyway…… they have all finally arrived and while the power bank is arguably the most important of the 3, with smartphone maker’s deciding that all phones must have the same thickness as a credit card, many have battery life, that well, how shall I put it? Battery life in smartphone these days has more similarity to those house brick things from the mid 80’s than to the likes of the early 00’s phones when you could get away with charging, once a week. Today we think we’re doing well if we can get away with charging once a day. 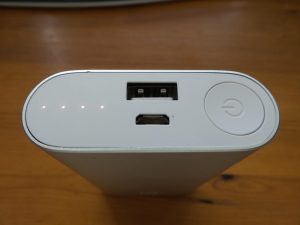 It’s got a massive, by phone standards, 10’000mAh capacity. That in itself isn’t anything special, plenty of power banks can do the same, so nothing special there. It has a little button and indicator light, to let you know how much charge is left, again it’s not an unusual feature. The look of it, hmm well that is a bit different. It comes in a variety of colours, with a brushed metal (and it is real metal) wrapping on the outside. Arguably its one of best looking power banks. 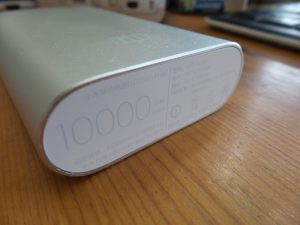 Is it anything special, na not really. It’s a little USB fan and we’ve all seen those. Granted it’s a bit of looker, like the power bank, coming in a variety of colours. Visuals are a matter of taste but again I love the look of it, it’s just so clean and tidy visually, it feels nice in the hand when you bend it into shape. One thing a photo doesn’t tell you though, is how quiet the thing is. My god it’s practically silent which is something I can’t say of my old USB fan. I’m very pleased with that. 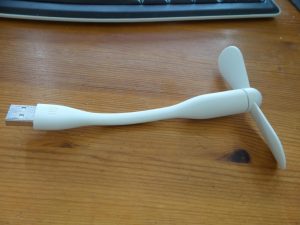 I honestly cannot say I have any use for it what so ever. I just don’t, I have lamps and lighting all over the place. However I’ve heard that in China it’s really common for student halls to effectively have a lights out curfew. This then can be a little lamp to light your book or laptop. For me though it’s more like a little a wire free bedside lamp. It would probably be good for camping too, if you do that sort of thing. The spectrum though is very high, it’s a very white so called “cold” light. Think 6500K colour. I wish they did a much warmer and softer version. Still it’s an impressively bright little do da, you can practically light up an entire room with the thing. 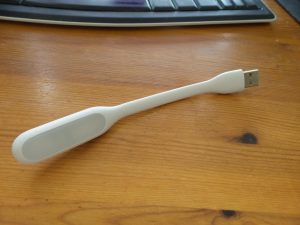 Now here is where it gets fun. Pairing the power bank with the light and the fan. I feel I should probably point out that I’m far more chuffed about these things than rationality says I ought to be. I mean it’s a big battery, a light and a fan. These are not exotic items in of themselves yet the coordination of them seems like a stroke of genius. I think it’s for me becoming the mark of Xiaomi, it’s not that they are doing things that no one couldn’t have also done but it’s the little things. The things that make you go “oh yeah, why did no one think of that before???” That little epiphany like instant of inspiration to turn a power bank battery into a little desk or bedside lamp, or into a little desk fan. I’m not a student any more but just think, in the library, sum beaning in to your little window booth. You can’t bring a fan in and plug it in but you certainly could use this. Awesome!!! 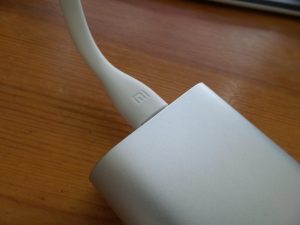 A smooth and gentle whoosh. A silent whoosh. I can tell you compared with the old USB fan I had it’s so unimaginably quiet. Maybe this is how all USB fans should be. I know it’s just a little fan, but still it feels like someone has put a lot of effort into making a perfectly engineered little thing. 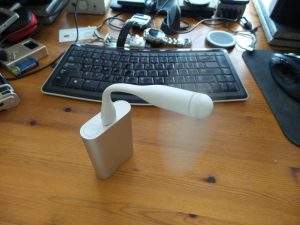 The light and the fan, insane value. Atm the lamp is £1.42 for the coloured ones and £1.35 for white. How do they even post it for that price? I have no idea how the postage system works internationally but how can it cost less than that amount to post from China to the UK??? The fan goes for the princely sum of £2.16 in white and a gargantuan £3.33 in blue. Just what is the Royal Mail charging China Post to deliver these, I don’t get the pricing at all, they are so cheap if I didn’t know better I’d assume they must be “fakes” because they seem too cheap, so cheap they can’t possibly be the real thing, right? 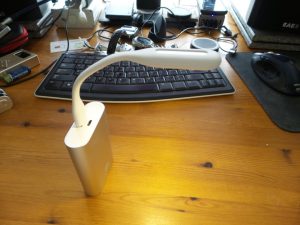 The battery, well it’s cheap too but not as disturbingly cheap you can’t believe it’s real. Still for the capacity it’s cheaper than anything I’ve notice in shops here and it is one of the best looking. Granted looks are subjective but at £8.54 it’s about half the price of anything comparable and they aren’t as pretty. I do wonder if Xiaomi sells its accessories at cost to gain reputation and bolster their phone sales? 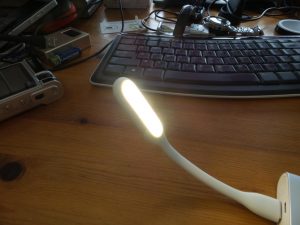 Yes yes, I know that these on paper are nothing exciting but…… the fan especially, I love it. I know the UK isn’t exactly getting the same temps as they are right now in Iran and Iraq but its still summer. I know I wouldn’t die without the little fan but I really, really like it. It is such a dinky little thing and my god, it’s just so quiet. I’m a bit of an audio snob you know and the silence of it, I’m happy to stick it on and let it run. Its gentle breeze silently wafting over my desk. Maybe I’m just easily pleased, but I am pleased. 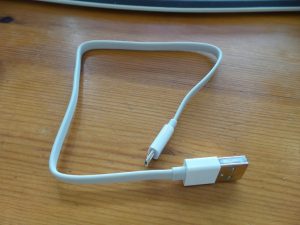 The Lamp well I’ve heard that Chinese student residences often have a lights out policy, so for staying up and reading late, sure it would be great for but for what I’d use it for I want a much softer and warmer, yellowy spectrum. Though it’s so cheap I can’t really take issue with it being aimed at a more productive audience than I. 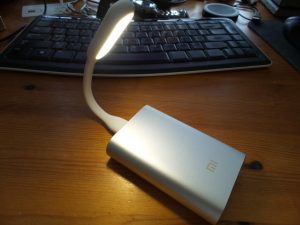 The battery pairing with the two is so simple and yet I love the combo. I feel like I need to go camping or something to make fullest use of it, silly I know but it’s fun, the new toy novelty factor still hasn’t worn off. Oh if only there were a grey or black version, pretty sure I’d be ordering more even if I can’t really think what I’d actually do with more. I am sure I’d manage to find a use though. 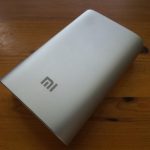 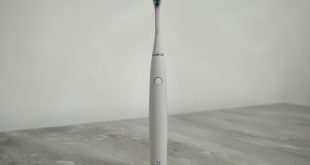 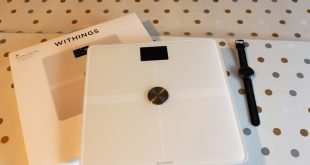 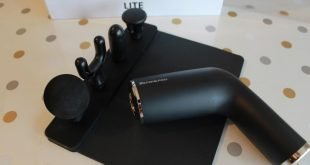