The USB Type-C standard has been lauded for saving all of us from that age old issue of having to try multiple times to put a USB cable into the port the right way. It’s physically (seemingly) impossible to get it right first time, regardless of which end is being plugged in! But what if you could get the same usability of a USB Type-C form factor, but in a Micro Type-B configuration. Enter ther Winnergear MicFlip. Read on to learn more about this magical little cable.

WinnerGear make a fair few things, but what they’re probably going to be most known for the MicFlip; a reversible MicroUSB cable that came into being via popular crowdfunding site IndieGoGo. The MicFlip garnered tremendous amounts of support very quickly. Popular technology blogs posted about it and now, a little while later, we have it here. But is it any good?

Disclaimer: Winnergear provided us with the cables used for this review, though we were not compensated for our opinions. I (Dom) have since purchased 3 extra cables out of my own pocket because they’re so – spoiler alert – dope! 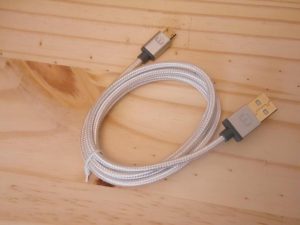 MicroUSB as a standard has been around for a while. The standard was finalised in April of 2007 and has largely stayed the same since then, and that’s okay. MicroUSB has served us well. It was smaller than MiniUSB, stronger than MiniUSB, on both the port and connector side, but it still had its predecessors most annoying problem – it could only be inserted one way. 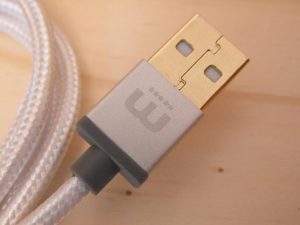 Of course in 2007, everything that wasn’t a barrel jack charger could only go in one way. Apple was using the 30 pin connector that, although looked like it could go in bi-directionally, was actually just able to be inserted one way. Here in 2016, the tale has changed little. Apple shifted away from the30-Pin legacy connector to the much more efficient, and more importantly, bi-directional Lightning connector in 2012. In late 2015 we saw more and more companies implement the new USB standard, USB-C, a connector that has a lot of promise and is also bidirectional. USB Type C can handle up to 10Gbps of data through USB3.1 Gen2. It can carry DisplayPort, MHL or HDMI video streams and it could carry up to 100w of power, so theoretically you could power your laptop from your monitor with a single cable. All of this is super-duper cool, and there is no doubt that USB-C is the future, but there is one problem with that future.

It’s not here yet.

This is where Winnergear comes in. Winnergear has made a variation on the Micro-B connector that, now we look at it, makes complete and utter sense. The MicFlip is a microUSB connector that has essentially been horizontally split and then copy and pasted the smaller half. The MicFlip’s magic is in this redesigned connector, because it fits in standard Micro-B sockets. 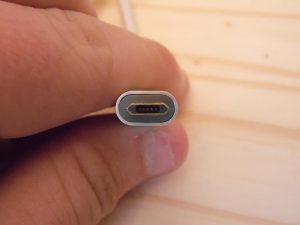 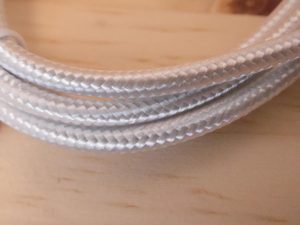 Everything else about this cable is interesting due to how boring it is. If you take away the whacky bidirectional Micro-B connector, this is just a really high quality MicroUSB cable. The connectors
both on the Micro-B and Type-A ends are gold plated for better conductivity and the cable itself is nylon braided for longer life. The Nylon braid does make the cable a bit rougher and harder to coil, but i think the tradeoff is worth it. WinnerGear sells the MicFlip in 3 colours; a nice and subtle Silver, which they supplied me with in the 1m variety, an awesome Red braid and black connector, which they also supplied in the 1m variety, and lastly a subtle champagne Gold colour that unfortunately I did not have the chance to check out, but my guess is that it looks similar to everything else in champagne gold (it’d probably go well with your Gold Galaxy S6). The folks over at Winnergear also sell the MicFlip in 3 sizes to go with those 3 colours; 20cm, 100cm and 200cm. Whilst I can’t often find the 20cm cable, the 1m and 2m versions of the MicFlip are often on for the same £9.99 price on Amazon UK. 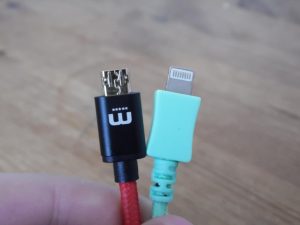 Now we’ve gotten the boring bits out of the way we can get onto the interesting bits, the bi-directionality. WinnerGear claim that they have made the worlds first reversible MicroUSB connector, and I have to give them that. This is a cable that fits in a microUSB port, and you can unplug it, reverse the cable and it’ll still go in fine, perhaps even better? Because MicroUSB cables have little “teeth” on the smaller side, and this is designed to go in both ways, it has a locking mechanism on both sides, meaning this is an incredibly secure connection.

As I stated earlier, this isn’t the first bidirectional smartphone charger. Apple’s Lightning cable predates it by roughly 3 years, but what I just spoke about, the locking mechanism, that handily beats Lightning then picks it up for a spanking for good measure. Lightning goes in both ways, but it never feels overly secure. Dangle an iPhone from a Lightning charger and give it a fair iggle and it’ll probably fall off. Dangle a phone from the MicFlip (like a loaner Xperia Z5 Compact perhaps?) and give it a vigorous shake – it isnt going anywhere. That had me pleasantly surprised and now everything else just feels inferior even after just a few short weeks of using the MicFlip. 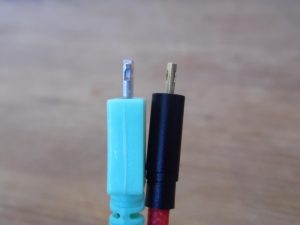 There is one oddity with the MicFlip, but it isn’t an issue with the product, but with me. You see for years with USB you’re trained to put it in “the right way”, so for the first week of using the MicFlip every time I plugged it in I still looked for the ‘correct way’, before I realised there was no longer a ‘correct’ way to plug it in. It’s a very odd psychological block to get past; that nothing apart from the cable you’re using has changed. The same phone you were using yesterday, that had to be plugged in “the right way” no longer has to, but it is very rewarding once you do get past it.

There isn’t much more to say about the MicFlip, I’m kind of lost for words, which is quite odd for me. When writing up my notes for review I was seriously struggling with finding negatives. The one negative I found, which isn’t so much a negative for me but a potential negative for other, more cost conscientious buyers, was the price. £10 for a 1m cable (and £15 for the 2m) is a hard sell for people when they can go to a shop and buy a 1m or longer cable for under half that. It could be argued that this is a very short sighted way to look at things. The MicFlip is a much, much higher quality product than standard USB cables, and you then get the bonus of it also being reversible. I would happily pay £10 for a 1m cable that wasn’t reversible if the quality was this high, so for me the price is a non-issue.

Re-reading this I understand that it comes off as a bit of a love letter to WinnerGear and the MicFlip, but there is a reason for it. It’s because WinnerGear have made a cracking product with the MicFlip, and as I said at the beginning, I have since gone and spent my own money on some more to have around the house. If you can stomach the cost, (a pack of cigarettes, a couple of pints; whatever your vice of choice is) WinnerGear make some of, if not the best MicroUSB cables I have ever used. There are cheaper clones on Amazon (which I am trying to get in for a comparison) but those don’t have Nylon braided cables or gold plated connectors. They may cost half as much, but will they be anywhere near as good?

The MicFlip isn’t perfect, nothing ever is, but this is the closest I’ve ever seen to a perfect cable, and whilst USB-C will be here to steal the cable market’s thunder soon, it’ll be a while before MicroUSB is depreciated completely (after all, you can still buy things that use MiniUSB). When something’s biggest weakness is potentially cost, I can let that slide. They regularly have cracking deals on Amazon.
If your device uses MicroUSB and you feel a bit envious of your Lightning-toting iOS friends but want to stick with your non-Apple phone, WinnerGear and the MicFlip are the solution to your problem. 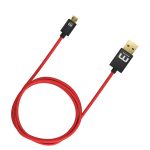 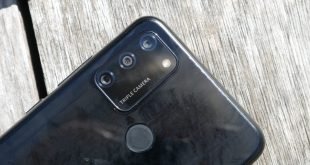 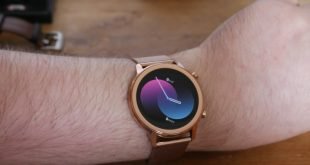 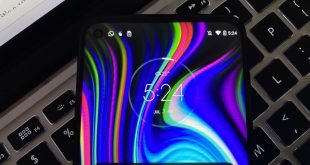