So at here at MobileTechTalk we have covered one action camera. Yep just the one and that was the Yi Camera (click here to read it), and that was way back in March 2015. Let’s take a look at the SJCAM SJ4000 WiFi edition shall we?

Well as most of you know by now, I ride a motorcycle (an 2007 Hartford HD-125L in red to be exact). Now being 17 (at the time of this review) I can take my car test, pass, jump in any car (as long as it taxed, MOT’d and insured) and away I ago. Insurance isn’t exactly cheap and 99% of cars that would be cheap enough to buy, have even higher insurance – you’re looking at around £1,000 roughly. Now I don’t have that amount of money to had so I ride a motorcycle and pay £335 insurance instead. 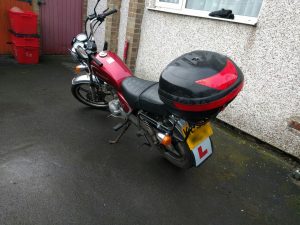 One of the problems with a motorcycle is that some car drivers don’t really look properly at junctions and just pull out. Not just at junctions either, there are other places, but we’ll use junctions for the purposes of this review. Now take an idiotic driver, a car/van/etc and motorcycle and lets say the car pulls out on the bike and possibly causes an accident. In most cases it’ll just be the driver and biker and both will say it’s the others fault. It’s just how it goes. Bring a camera into the situation and it’ll instantly resolve the whole thing. After all the camera doesn’t lie.

The problem is that there are so many action cameras on the market at so many different prices, it does really mean you have a lot to choose from and you’ll be doing a fair amount of research to ultimately get a good camera at good price. Well I have found one. Meet the SJCAM SJ4000 WiFi.

Coming in at £59.99 its fair to say it’s a price that most people would be willing pay. I will point out that SJCAM did not send me this out for review and I actually paid the full £59.99 myself after reading and watching many reviews of this particular camera. It was pretty clear that it was very good value for money.

As usual I’ll get the specs out of the way first.

Now I’m no camera expert but most would agree that it’s not that badly specified. Perhaps 60fps would have been nice to see, but not at this price point.

Now I have to admit when it arrived I took out all the bits I needed and mounted to my helmet, meaning that I forgot to take any unboxing photos. Thanks to Mat over at Techmoan I have a few snaps. Tipping everything out of the box you soon see how much stuff you get. Basically everything you need and then some. One thing I will point out is that I received an UK plug and not an EU like Mat did.

You have quite a few options for mounting due to the dozens of pieces that come in the box. For my use case I have it mounted to the top of my helmet. To achieve this all I did was take the slightly curved pad with the 3M tape and stick that to my helmet and slid the camera into the waterproof case. Then its just a case of sliding into the pad. Now I did use the wire cord thing and cable tied the end to the back of my helmet through a small vent and with the other end I unscrewed the case from the base and slid the loop over that the reattached it. I also used a 32GB micro SD card since that is the maximum capacity the camera will take.

As far as the software settings go I have;

The great thing about the WiFi functionality is that you can frame everything up by using your phone as viewfinder. You can also use the WiFi function to download clips straight from the camera. Though I did notice it was taking 5 minutes to download a 5 minute clip. I also ran into a problem with Marshmallow, you get to the wireless access point fine and when you go to open the app and press connect to camera, it just throws up an error message saying it couldn’t connect. But when using a device that ran lollipop it worked as it should.

The SJ4000 WiFi comes with a 9oomAh which they claim lasts for 90 minutes (or 1 1/2 hours). In my test running at 1080p 30fps with recording in 5 minutes clips I would get about 1 hour 20 minutes so if your were planing to use whilst you are travelling to and from work you should be okay depending on your commute. SJCAM say it takes about 3 hours to charge the battery from flat, which once again I would have to agree with. Lets say you get to work and you battery dies, simply plug it in and you’ll be charged before you leave to go home.

The camera does however let you charge it whilst recording but to do that you would use the little tripod black skeleton case thing, which would result in the protection from water. You can buy a waterproof case with a cut-out around the IO with rubber plugs to remake the water proof seal (link to it here on Amazon). You could either plug it into a 12V socket on a motorcycle or plug it into a power bank in a bag of some kind. I haven’t brought one of these due to the fact that the furthest I regularly travel is about 30 minute to college and add a 30 minute return so I charge the battery when I get home. Though I did purchase a second battery just in case.

So the bit you want too see. Sample clips. The first clip is a montage of different lightning situations with some music from Jim Yosef (links in the YouTube video description) and the second clip is a clip an unedited clip from just riding around. So you will here the wind noise and the bike itself with me shouting for the cameras inbuilt microphone to pick up. So pick your volume levels carefully.

The camera also allows you to snap pictures as well. Though this is not really its purpose it’ll be good to snap a few pic if you were in an accident.

So to conclude is this a good camera? Well yes and at the £59.99 price point it really is good value for money too. The fact that it comes with so many accessories/mounting hardware you really have a fair amount of options. Add to the fact if you break any you can use GoPro mounting hardware. So I would recommend the camera as it just works flawlessly and I can honestly say that I have had no problems with it. 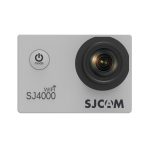