Avegant Glyph Review: An awesome gadget thats near impossible to show off

Disclaimer: Avegant sent me a Glyph to review, and It’s been in my possession for about 2 months now, but It is such a weird and hard thing to review I’m only just getting round to writing this review. Although Avegant provided the Glyph for us, they have no say over the editorial outcome of this review, nor has any money changed hands to influence this review in any way. 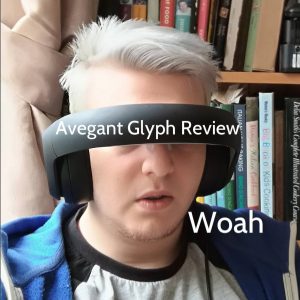 The Glyph is such a weird thing, It looks like a really beefy pair of Beats by Dre knock-offs, but also like a pseudo Geordi LaForge Visor from Star Trek, but in the end, the Glyph is a personal Cinema headset. It is not VR, it’s certainly not AR, and  that’s one of the many problems with the Glyph, It’s hard to explain exactly what it is, unless you’ve used one, but i’ll try my best.

Take a pair of black over ear headphones, thick as possible, something like Beats by Dre, then flip them down so the headband covers your eyes. You pretty my have what the Glyph looks like externally.


But in all seriousness, the Glyph feels somewhat futuristic, but also a little dated. I feel like an updated version of the Glyph which is slightly smaller and a lot lighter would instantly make it seem more approachable, because although it’s really awesome, it really isn’t for everyone.


If we were to look at them as if they were headphones, so the band goes above your head, there isn’t all that much to see, there is controls nicely blended into the ear cups, something I thought I had broke at first, but it was meant to depress. The only way to realise that these buttons are meant to be there is the teeny tiny little nub that is slightly proud of the surface, but that is it, no logo’s and nothing else, It looks clean, but even after a few months of on and off use, i still get confused.

Going on to the sides of the ear cups, on the left one is where all the action is with a power switch, a power LED, a 3.5mm audio jack (as you can just use these are headphones if you want), The MicroHDMI and MicroUSB ports, and this is where another issue is for me. MicroUSB I can live with, It’s annoying, as for something this expensive i’d like to see USB-C, but i’ll live, where it starts to annoy me is MicroHDMI. MicroHDMI sucks and you’re going to need dongles galore if you want to use either a streaming stick, or anything that doesn’t have a standard female HDMI port, something that once again could have been remedied by the application of USB-C. 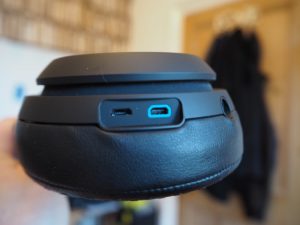 Flip the headband down over your eyes though and then you get the real meat and potatoes of the Glyph, the micro projectors. The Glyph like this when not being worn looks remarkably similar to a piece of equipment you’d find in an optician’s office. There is a translucent removable nose bridge held in magnetically, two lenses, one for ear eye, and each eye can be adjusted independently from the other. You can focus each lens you can move it linearly and the also go in and out (I guess that would be the Z axis?) 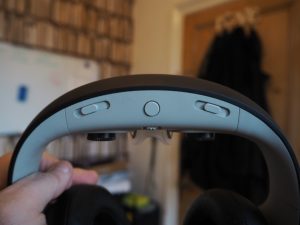 There is an Avegant Manager app for the glyph, but it’s sole purpose mainly is to let you know the battery percentage of your Glyph, and what you firmware is and whether or not there is an update, You could go your whole Glyph existence not having paired it to a phone once, but you know, you wouldn’t get firmware updates, for what it is worth.

The app exists, but It’s so un-integral to the experience that It almost feels silly mentioning it, but here we are, explaining a near useless app.

So now we come to the part of the review you’ve all been waiting for, how is it? Well, I’m happy to tell you that it’s is awesome, once you figure out what to and what not to use it for, let me explain. 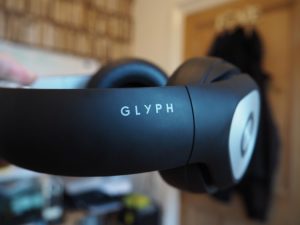 Think of the Glyph as a TV, or a cinema in your house, It’s a large format display that despite being close to your eyes feels like it’s a few feet away, but that it is also pin sharp. What that means is, don’t try to use it as a computer monitor, which is the first thing I tried to do and came away somewhat unimpressed, the edges of the screen looked fuzzy and i had to move my eyes a lot and after all, these are 720p projectors (Don’t worry, not as bad as it sounds), have you tried running windows at 720p? It is… weird.

But then I plugged in my FireTV stick and chromecast via a HDMI splitter so I could switch at will, and guys, it.was.awesome. I fired up the FireTV stick and watched Lucifer on Prime Videos, I watched House on Netflix and then i’d switch to the chromecast and watch some films on Google Play Movies, and in that way, the experience was stellar.

I didn’t plug an Xbox or Playstation into it, as I don’t own either, but I did plug my RetroPie Emulator into it and playing Pokemon or Super Mario Bros at that size was really something to behold, I lost hours of time in the glyph, and I didn’t care.

The weird thing about wearing the Glyph is that you’d think it’d cover your entire field of View, like a VR headset, but you’d be entirely wrong. The Glyph takes a strip out of the centre of your view, where it puts the “TV screen”, but above and below that, you can still see the real world, you can see your phone if you dipped your eyes from inside the Glyph, you can see the glass of wine on the table so you don’t know it over when trying to pick it up, and something that I thought was going to be horrible at first, actually felt really natural, you are somehow both immersed but also aware of the surroundings, and it works very well.

The “screens” (which are actually micromirrors and projectors) are super bright, and despite “only” being 720p, it’s 720p per eye. So whether I was watching Philly D on YouTube, Ross and Rachel in Friends or Barry Allen in the Flash, everything seemed to be perfectly coloured, everything just worked and looked phenomenal that I wished I could show someone.

Which is where the only tangible downside of the Glyph is, whilst the other things, like the size and weight are annoying, they’re livable, the big problem with the Glyph is that it is near impossible to show off to anyone. It took me nearly 15 minutes to  set up the Glyph first time, and that was after watching videos and reading the damn manual, Imagine doing that, inviting friends over, and then each person spends an additional 15-20 minutes trying to set it up, then you get them back and have to set it up for your eyes again, then another person wants to have a look, so they spend another 15-20 minutes trying to set it up, and you also without some trickery can’t see what theatre seeing and you can’t hear what they are hearing, It is like a personal Cinema, but one that only one person is allowed in at a time. 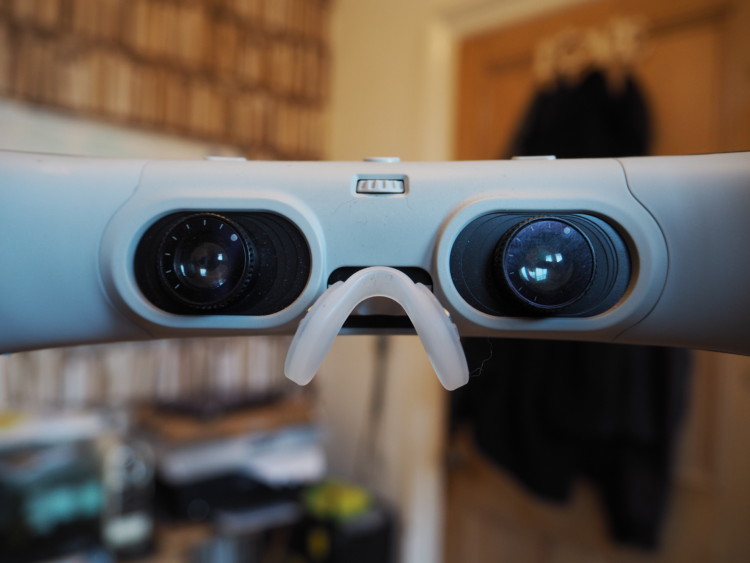 The very thing that makes it so the Glyph can be used with a wide range of people (the incredibly extensive controls for the projectors) is the one thing that stops it from being able to be shown off to most people, which is a damn shame, because the Glyph is marvellous, but pretty much no-one will know.

If in the future Avegant comes out with a lighter, smaller Glyph, with lenses that somehow auto-adjust when you put them on every time, I cannot wait for that, they could even leave the projectors at 720p, they really do look that good, but the adjustment period means that unless  you have some really nerdy, really patient friends, this is going to be a solo device.

So, should you buy the Glyph? Well probably not. As much as I love it (And I do) the fact that it is near impossible to show off and it has some issues with size and weight means that for most people, the $549 you’d spend on a Glyph (and probably another $50 worth of adaptors to use with it) is probably better spent on an entry level UHD TV.

If you are hell bent on buying the Glyph, then go ahead, I won’t stop you, and you will likely have a phenomenal time with it, as I have, until you try to show it off to someone. If you fully intend to have a cinema room in a future house, the Glyph is the perfect stepping stone for that, but once you’ve gotten over trying to show it to people and then getting frustrated and giving up, I’m sure you’ll have a great time watching whatever shows and films or games you love as immersive as they can be.

Now if you’ll excuse me I’m going to sit in my personal cinema watching Barry Allen dart across Central City not caring about the world burning around me. 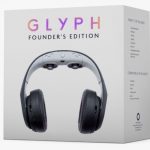