Cubot Rainbow – Fantastic for the money

So recently having being incredibly pleased with more value for money products from the likes of Umi with their Super and Max. Cubot is a name I have been seeing for many years with low-cost phones and when I was offered the chance to test the Rainbow out, I happily agreed. 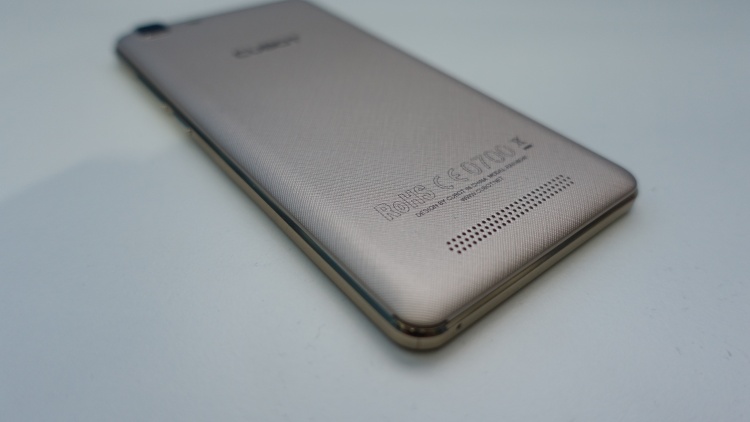 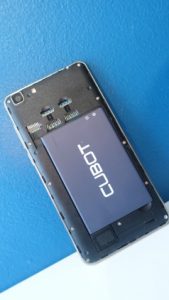 So the unboxing experience, this comes with a very exuberant box with a gold criss-cross pattern with a simple Cubot logo on the top and the specs of the device listed on the bottom.

Inside the box, there is the phone sitting on the top inside a fairly thick plastic jacket, beneath that there is the instructions on how to set the phone up and a silicone case included which is a rarity in the cut throat profit hungry smartphone market. There is also the quick start guide and compliance regulations inside separate booklets below. The last things inside the box are the white micro USB cable and a black 5W power adapter which is a UK one and this is a good thing to see as many of these lower cost phones include mains plugs from other countries. But the lack of consistent colouring does annoy me and it’s the little things that make the difference between a good and bad overall experience. 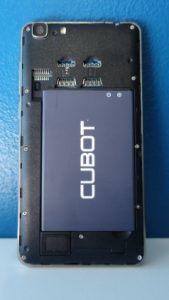 Once you take a look at the phone, you will probably not expect the great in-hand feel that you are getting with this smartphone. The back is removable and is a bit flimsy to actually take off as I did find myself having to manoeuvre it a bit before I could get the back off. Sitting on the back you have the 2 * 3G SIM card slots, the Micro SD card slot, the 13MP camera, LED flash, 2200mAh battery, and loudspeaker.

The top of the phone houses the micro USB port which I do find is a bit odd and also the 3.5mm aux port. The right-hand side houses both the volume rocker and power button although they are the same texture. The bottom has the microphone and the left-hand side has nothing on it. The front of the phone has the earpiece, proximity, front-facing camera, and the home, back and menu buttons.

The phone comes with stock Android 6.0 which although isn’t the latest, I have still found it to be zippy on the phone. The stock OS is a boon as it means that there aren’t any extra pointless features loaded on which can slow down the phone and I feel like this plays a big part in the smoothness of the entire phone.

The phone is made out of plastic and this may sound like a bad thing because things made out of plastic don’t seem or sound as premium as a metal or glass phone. But for me these things don’t make such a huge difference because of the fact that I always have a case on my phone because I don’t like my products getting damaged and when people walk around with smashed screens, it genuinely annoys me. So the free case is a boon as it means I don’t then have to go and buy one separately and more companies should start including them. The gold colour used is like a ‘champagney-rose gold’ colour. The phone doesn’t feel cheap in my hand at all and feels very similar to my 6S with a case on it.

The speaker on the back is a bit of deception, the actual speaker behind it is only 1/3rd of the size of the grill shown. And due to it being on the back, when you are using the phone and playing audio the max I got was about 110.2 decibels which is incredibly loud for a smartphone. Although it does have a lot of tinniness to it over 50% of the volume although I liked the audio profile from the speaker and it can easily fill a room when you want to do those group listening sessions. The vocals didseem a bit on the murky side and lacked clarity, bass was missing, mids and highs were pretty good though.

The earpiece was a complete different story though as I was kind of expecting it to be louder and it was a bit low, the quality of the audio coming from it was great but I would probably make sure you have a pair of headphones with a microphone if you intend to speak to others on the phone on a frequent basis. 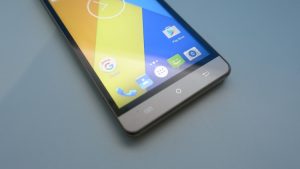 The screen feels to be about 50-60% of the brightness of the screen of my iPhone 6S which does mean that outdoor viewing does suffer. The temperature of the display has a gentle blue tint. The responsiveness of this display is great and it has always worked properly. But the only thing I don’t like about this display is the huge bezels which are 0.4mm in thickness which is huge compared to my 6s’ 0.05mm and maybe increasing the size of the screen from the 5.0-inch size slightly would be better and you would have a higher screen to body ratio.

The capacitive touch buttons at the bottom aren’t backlit which does mean if you want to use this phone in the dark then you might be guessing where they are but I got used to the positioning pretty quickly and the minimum brightness of the display is also brighter than my 6S which means that your eyes will be more strained at night as the display is brighter. 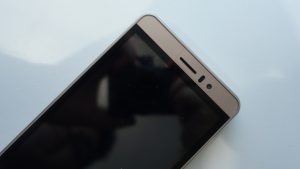 The battery life on this phone was really good. I got about 5/6 days standby with the phone receiving emails and other notifications but when I used it on a day to day basis I was able to get to about 5/6 before needing a recharge and I do use my phone a lot with a lot of screen on time, therefore this has been fantastic. The charging does take a while at around 2.5 hours and I put this down to the fact that the micro-USB port built into this is a fairly old one with slow charging speeds and this is one of the places where Cubot has scrimped in order to ensure that the phone comes at the price that it does.

Camera. The front facing one, well let’s just not talk about it. It looks like the camera I had in my DSi from years ago. It takes incredibly soft images which would be at best suited for snapchat. As for the back camera, there is lag between you moving the camera and the screen showing it and this is about 1/3 of a second. You can get a really good image under good lighting but the photos lack saturation and vibrancy and you will probably have to do a fair bit of post-processing before they will look good enough to go onto your Instagram.

The specs of the phone may seem a bit lacklustre. This is shown by the single core score of 405 and multi core score of 1164 from Geekbench 4 and for Antutu I got 23281. The Single core score from Geekbench 4 puts this phone at even worse than the original Samsung Galaxy Nexus but higher than the S5 Mini, and the multi core score is better than the Moto X but worse than the Samsung Nexus 10.  The Antutu score was very similar to the HTC One M7. So overall the specs inside this phone shows aging internals from about 3 years ago but somehow they are fairly buttery inside this phone.

I have really enjoyed my time using this phone and I would probably use this phone instead of my 6S if it hadnt have been for the fairly bad cameras although I rely on my camera for a lot. 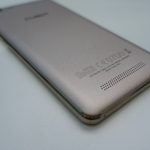