Have you ever wanted to get a pair of headphones for your beloved child, to offer them the chance to experience the artistic wonder that is music? Have you ever wanted to grab your child’s phone / tablet from their hands and smash it into tiny pieces if you hear the Angry Birds theme one more time? Well if you have answered yes to either question then Brainwavz may just have the solution for you, if that sounds like something of interest then read on.

Thanks to brainwavzaudio.com for the sample.

Aww they look so dinky for “full sized” headphones. I went with blue, I mean sure if I was going be getting them for me, yeah I’d have gone black but they are not for me are they? They are for “kidz” so I am pretty confident they shall be going off to live with the small human my sister made some time back. I really don’t know why by their garishly bright blue feels so cheerful. Oh, what’s that on the box. “Volume limited to 85db only in Bluetooth mode.” Thank god and massive kudos to Brainwavz for this. It’s always bugged me when other “kid friendly” earphones claim to be limited when it’s total equine poo. Like the UE kiddy things I looked at waaay back. Plugged in to my little 1G Ipod Shuffle could push them louder than I’d ever listen to and that’s before you look at what a little amp can do.

So open box and while they are Bluetooth, that’s what they are for, you can still plug-in a cable and run them normally. (There is a good chance kids will forget to charge them until they die completely.) They just looks so funky, almost toy like. Well they are for kids. Lol they also have a mic in for calls, not that he doesn’t have a phone (Lumia 435) it’s mostly for watching Netflix and Adventure Time. Not sure his mother will be so pleased but hey, might as well include the functionality right?

On the ears, they easily fit me with loads of space to spare. Do I have a small head? Anyway pairing by holding the “phone” button for a bit and it’s paired to my Lumia 735. Hmm sound quality I’m not being blown away by. It’s rather bland and flat. Given kids ears are going to be V sensitive I don’t think that’s unreasonable. Plus they aren’t likely to be quite audiophiles just yet. Hmm.

Predominantly a Lumia 735 but it really shouldn’t make any difference if running on Bluetooth.

Meh. They are so gentle and un-aggressive, so middlingly bland. I’m also not taken with their quality but these aren’t aimed at me. These are aimed kids and to offer them reasonable audio quality that isn’t going to damage their hearing. With that in mind, there isn’t much in the way of punch or aggression. That impact is rounded off and it then wants to give you bit of a monotone bass rendition. It’s polite, it’s middling, it’s mediocre. It’s not “bad” but it’s a bit tepid. Now I get that’s probably because it’s aimed at kids, 3 to 14 the box says so you want something that isn’t a beast. This fits that bill, but as a grown up this would not be my first choice for tuning styles.

It really is the same story as the lows. Tepid, tepid, tepid. Not bad, not good, too polite and too uninteresting. Anything that can take Skunk Anansi and make them sound soft and bland clearly is painting everything with that same brush. Not a sound for me but again for its target market (the parents of kids) then it’s probably exactly what they want. It’s fine, it’s adequate it gets the job done and its does it in a very “neutral” and soulless manner. Any passion or aggression is painted over. Not for me but for growing and sensitive ears it all makes perfect sense.

Take a wild guess? Yes that’s right it’s all savage, brutally explosive cut glass. Lol, yeah. It’s just what you would think. Very bland, unspectacular. Not bad, I mean I’m pretty treble sensitive so for me it’s actually pretty good though of course I’d like much more detail. Still it’s like £30 so I’ve got realistic expectations of what it’s going to be able to deliver. It’s nice, its capable it lets you know what’s there but is very gentle and easy on the ear. Which is just what a little kid friendly headphone really ought to be.

They actually fit me really well. They look small but they have plenty of scope to open up. They are on ears so I find that after couple of hours of use and my squished ears want a break which actually probably works for young kids. It’ll encourage them not to listen to music all day without taking breaks now and then.

Well fine, though after about 2 hours I do want the pressure off my ears but that’s me. It’s probably a good thing given their target audience anyway.

None. They never really seal well enough to give any issue in that regard.

Well for music great. For calls, it was okay but the mic is far from your mouth so it’s not an ideal a location. Functional though.

So so. There is some isolation but not as much as I’d really want for a bus commute or for blocking out traffic noise. You could but you know they are on ears and don’t seal very well. Still I’m not sure it’s really an issue for the target demographic is it?

It claims 6 hours music time or 10 hours talk time. It’s going to matter how loud you listen but while 6 hours seems reasonably accurate (it’s hard to tell exactly, or rather it’s a massive pain to accurately test so I’m not doing it.) I do get that 6 hours is quite a bit but I’d have liked to have seen more like 12 hours to better cover accidentally leaving on or forgetting to charge incidents.

You naturally get a changing cable, micro USB, and you get the 3.5mm to 3.5mm audio cable to use when the battery’s dead.

Pretty good. The audio isn’t for me but for a kid friendly pair of Bluetooth earphones that comes with a cable back up, seems like good value to me. Plus the do look super kid friendly.

These are not for me, and if you’re reading this, they aren’t for you either. These will never be bought by anyone for themselves. They are a product that parents, grandparents, etc will buy for kids into audio. They therefore don’t need to conform to the wishes of those who will use it but to those who are paying for them. They need to be what the buyer thinks is good for the user. They have been clearly made with that in mind and they fit that role well.

These are middling and bland, like a tepid glass of water. I wouldn’t choose to listen to them but they are very suited to providing an adequate and safe experience for its target users. It’s meant to be kind to growing ear drums not to wow them with detail retrieval or rock them with explosive bass. Though I’m not sure that 85db is a low enough limit. It’s louder than I would ever normally listen to anything. I assume they are going by some medically recommended level.

So would I buy a pair? For me, no. No ifs or maybes there is no likely hood of me ever wanting these for myself. However that’s fine because they aren’t meant for me. Would I buy these for a small relative that I can give and a phone too filled with “Adventure Time” to keep them happy on a long car journey or just to make them go away? Oh hell yes. I mean they won’t be getting a pair of HE-1000’s to play with will they? The Kidwavz KV100 have a set target market and they are very well suited for that target market. 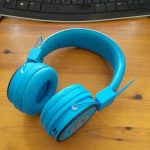 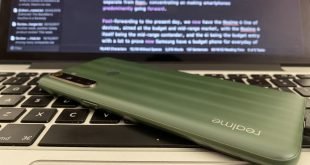