I love a good lamp. That might sound a little silly, but when you spend as much time at a desk as I do, in all seasons, you become attached to the little things. I have a nice “@” shaped coaster on my desk, I have a USB/SD card hub attached under my desk feeding back to my main workstation, and I’ve got a fully adjustable and multi-function LED lamp. Let’s see whether the newest Bestek Dimmable LED lamp will usurp their other product that currently adorns my home office setup. 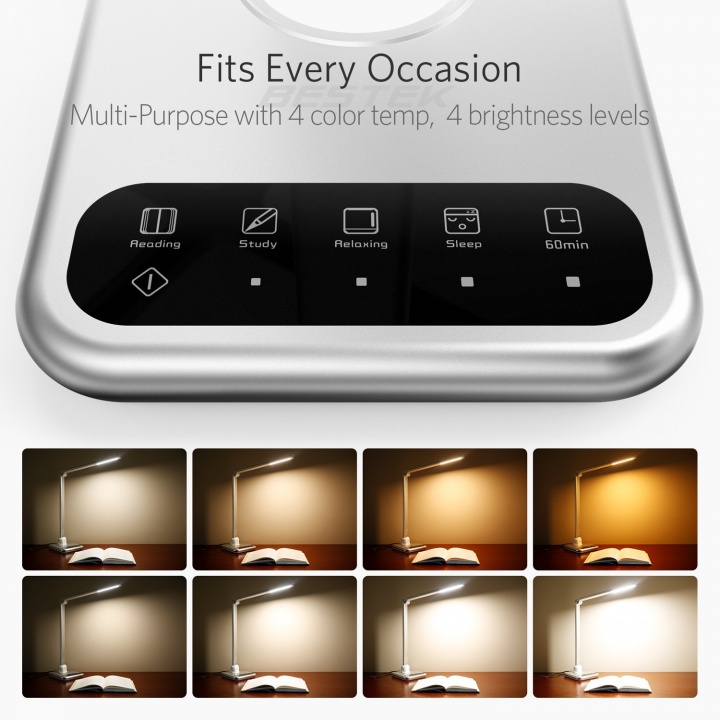 I currently own a Bestek LED lamp, purchased with my own hard-earned, well, earned cash. It’s glossy black, has some basic movement (pivot and rotation) and has a number of modes, although I often only use the “reading” mode to get the softer light option. This helps even during the day.

This new Bestek Dimmable LED Lamp upgrades the material choice to a harder wearing, less fingerprint prone aluminium chassis, continues to provide my beloved reading mode and 3 others to boot, as well as sporting an integrated 1,600 mAh battery pack enabling the detachment of the top portion to take on the go with brightness control and up to 90 minute working time. So yeah, it’s worth looking at this as an upgrade.

It’s available in Silver and Black, and both look nice, but frankly, I’d go with the black as they mix the black touch pane with the silver option and it’s just not as clean looking. 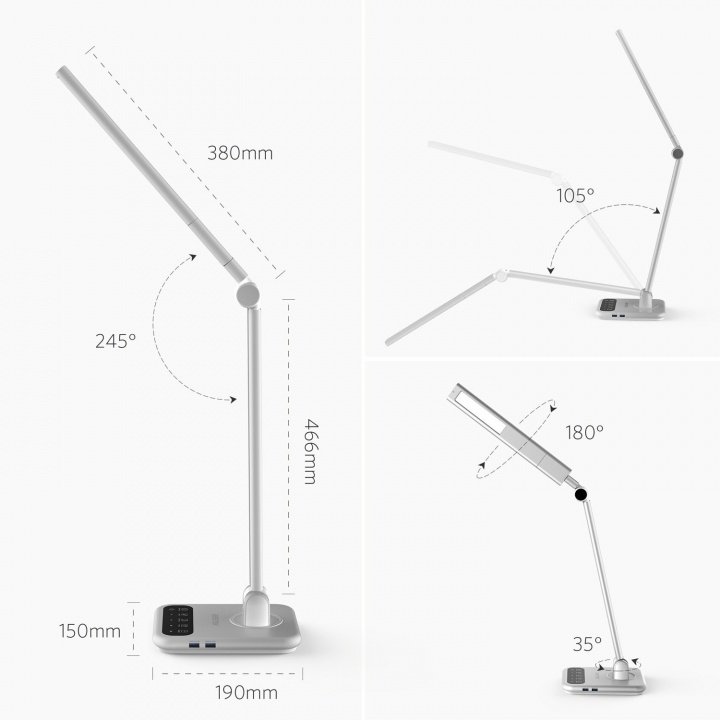 Let’s start with the movement of the Bestek Dimmable LED Lamp; firstly, it has some. That’s not as crazy as it sounds as a lot of cheaper alternatives have basic pivot functions and not a lot else. Here we have head movement, rotation, and pivot as well as base movement too. A rather versatile little beasty isn’t it?

The black panel you can see in the pictures houses the touch controls for the 4 LED modes (Reading, Study, Relaxing and Sleep) as well as brightness controls and timer controls. On the right side of the device are two intelligent US ports delivering up to 2.4A power output each.

The base is very sturdy, but the aesthetic is an acquired taste. Whilst I dislike the fingerprint magnet-like qualities of the glossy black plastic which coats my current lamp, this looks a little bit dated as a design despite no doubt being more durable. You might disagree there though. 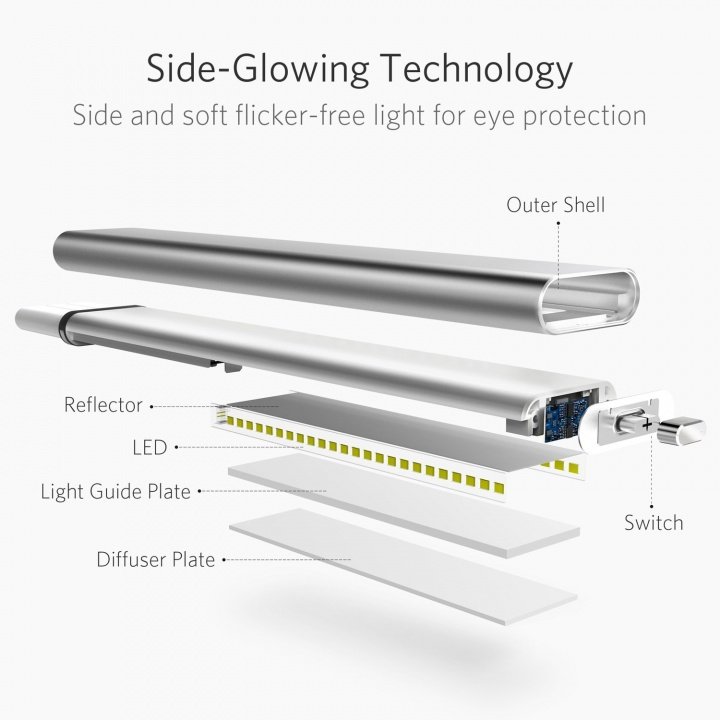 Then there’s the secret weapon; the detachable head unit. With the 1600 mAh batter fully charged we regularly got over 60 mins of use from it without having to worry about being left in the dark. It’s a nice little feature and one that had me reaching for this unit again when we recently took our annual deep dive into the attic to pluck the Christmas tree from obscurity. 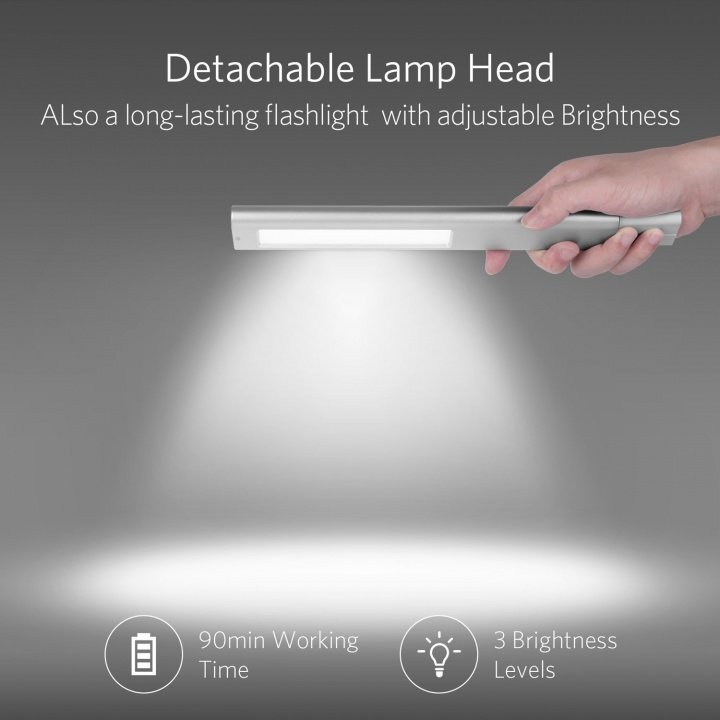 I can’t fault its operation, but the aesthetic, as I mentioned previously, will be a deal breaker for some. Similarly, the price might also prove divisive. At £54.99 it’s not the cheapest LED Lamp on offer, and not even Bestek’s cheapest LED lamp product. The added utility of the detachable unit is something I find myself using quite often but even I am struggling to justify the near £30 uplift over the still excellent Desk Lamp I use now. With this price point I can only assume Bestek got some rather nasty BOM costs relating to the aluminium. Either way, it’s a great device, but we’d like to have seen either a QC 3.0 charger due to the price point of even a Qi charger built-in. Maybe next time…

It’s on my desk, and has relegated the old one – but only just, and that’s purely down to the detachable feature which is incredibly useful. 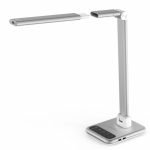