The Awox SmartPlug is the type of device that all homes should have, and many will have, in 2016. The ability to control the electronics in your house via a smart device is something many of us take for granted. This plug allows for scheduled on/off routines as well as tracking electricity usage. 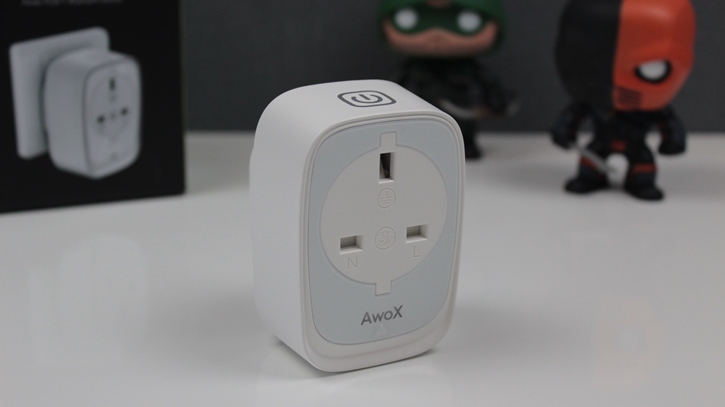 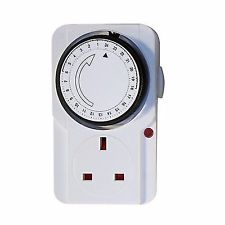 I’m sure you can guess what this device is and what it does by the name, but just in case, this is a modern take on those old timer plugs people used to use to turn on their heaters, or, in my household, the Christmas lights. Remember those? There were a number of variants but effectively the plastic pins around the circumference of the plug allowed users to push down the timed areas that related to when they wanted the plug to be on. Once the timer got to that point, boom, power. I still remember having to listen to the annoying faint ticking noise as the timer slowly counted down (or up).

Anyway, the Awox SmartPlug is the 21st century equivalent of this.

Looking relatively  diminutive as well as sparse the Awox SmartPlug is a lot smaller than the aforementioned timer plugs, but is a good thing as it’ll be hidden more by the attached plug, as well as taking up less space on a double socket than many of the older generation devices. Additionally of course, this unit sports Bluetooth, and as we’ve learned, everything is better with Bluetooth right? 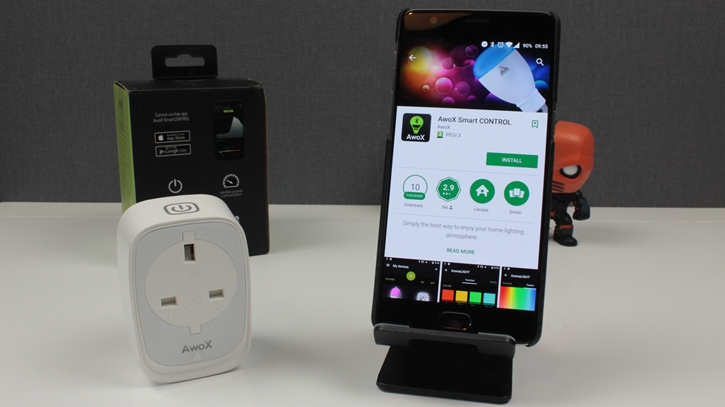 So how does it work? Simply actually. Plug the Awox SmartPlug into the socket of choice, plug your device, into the front of it, and make sure the LED power button on top is lit. Go and grab the iOS or Android app from the respective stores and install it. Once open, you’ll annoyingly have to sign up for a “Cloud account” with Awox. Marks off for this guys; shouldn’t be a requirement for point-to-point connectivity software, but hey, we digress. A brief wizard will talk you through its operation and then attempt to find the device. A strange thing to note, I couldn’t get this unit to be visible until I’d enabled Location services as bugged to do so by the app itself (more on this later). Once enabled though the app found the plug with no issues, and I was guided through another wizard to name and understand how to control the plug.

That was that, quite simple really. You then get to play with some of the more powerful features such as scheduling an on/off time for the plug in question, as well as enabling proximity mode which will detect you’re smartphone is in reach and trigger the required response. You can even use the app to group other Awox smart products such as additional plugs or their smart bulbs, and control them en masse.

All sounds good doesn’t it? For the most part it is, but there are some niggles. Firstly, the aforementioned location services nonsense. I originally read the Google Play Store reviews and lots were rounding on Awox for including the need for location services permissions. I dismissed as over zealous keyboard warriors and moved on. However I’m kind of in their camp now. Essentially there is no requirement for location services at all from what I can see. First off, Bluetooth doesn’t require location services to view connectable devices in its vicinity so asking users to turn on location services in order for the app to find the plug is just silly. Secondly, and perhaps more oddly, you might think, as I did, that the locations services are used in the Proximity Detection feature. You, like I, would be incorrect. Again, the proximity is purely detecting that the Bluetooth device is in range before it acts. It’s no more clever than that so again, no need for location services. I was worried that if proximity was required, the plug wouldn’t turn on without my smartphone being present, luckily that’s not the case and it seems to synchronise the timings with the plug so the plug can operate independently.

There’s also the annoyance of a standard 24 hours clock for scheduling. No 36 or 48 like many other schedulers. Why you might ask do we need such a thing, there’s only ever 24 hours in a day? The scheduler here refuses to operate correctly if you set an “off” time that is prior to an “on” time according to the 24 hour clock. An example of such is our Christmas Tree lights. I wanted them to come on at 3pm, and turn off at 1am the following day. With a 36/48 hour scheduler that’s no problem. However here I get a warning note that tells me that the schedule might not work properly. The fix? Create two schedules. One with only an on state, and then another with only an off state, with the relevant timings. A deal breaker, no, but an irritation, unequivocally yes.

Despite the last couple of paragraphs, I can’t really complain about the general operation. I will be grabbing a couple of other Awox products and testing the group functionality, but from what I’ve seen it’s acceptable in performing it’s given tasks; it turns things on and off when you want according to a schedule and can be manually triggered too. Check! At £24.99 it might not be the cheapest timer plug in the world, but coupled with a plethora of other smart home peripherals then it might be worth that.

Commercials aside, it delivers exactly what it says on the tin, and whilst the app could be a bit cleaner and the location services could be disabled entirely, it’s worth a punt if you want to get into the smart home game and test the waters. 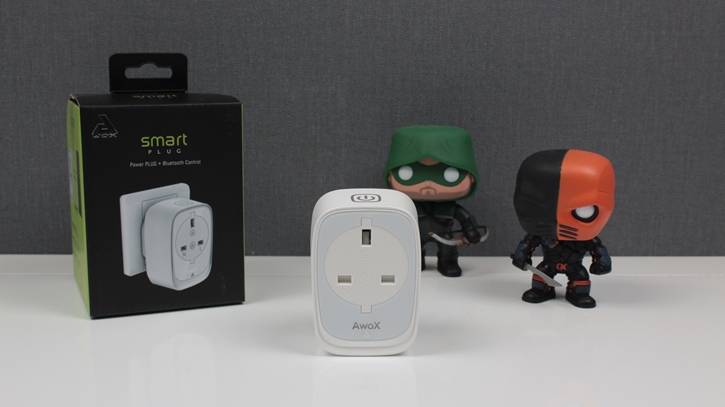