Thanks to GearBest for the sample

Having been informed that one was coming to me I wrote a little “First Look” piece on the thing so when it came, I knew a little of what to expect. It’s a little box, very shallow for a “watch” box. They all tend to be rather square things don’t they? Well this is much flatter. Opening it up and there it is. A strap looking thing on its side. Hmm I cannot help but think “Fitbit” when I look at it. Of course it’s not a Fitbit. One it is much cheaper, two it’s a single object, not a thingy that slots into a strap. The strap is all one thing together. The other thing is it does more than the Fitbit, well the Flex anyway. Hmm I note that the texture is a little more plastic than more rubbery. Not unpleasantly so but hmm the Flex one is nicer. Anyway I see it also has a proprietary charger, I don’t love that. However I do understand it, actually the little chargers not bad. It magnetically latches on so its pretty easy to use, just if you lose it you,ll be in trouble.

So I’d normally have a play right away but in this case I will slap it on charge and let it be for a bit.

So it’s a little OLED thing. I like that, though the thing to note is that it’s covered by a black translucent plastic facing. So when it’s off, it’s all just a black mass and you’d ever know there was a screen there. Then when you activate it, it lights up but its fighting through that plastic so it’s actually a bit dim. I mean you can see it in normal lighting fine and such but in bright sunshine, nope. Granted it’s not really a device you’re supposed to be looking at it a lot but, well they obviously wanted an all black look. It’s also a bit of an unusual shape for normal watch use. Of course it’s not a normal watch though.

Well there is very, very little to it. There is one button on it, one press lights it up with the date and time. Press again to get your steps that day, once more to get calories burned and one last time to get distance estimated you’ve travelled. Pressing again just takes you back to the time. If you give one long press it starts some timer running and you can get a broken out activity tracking. So I suppose to break out normal walking from a run. If you do that sort of thing. You do get the option in the app of having the date and time screen displayed horizontally or vertically, I went with vertical as it’s the more usable on your arm but it looks naff in photos.

Right this for me has two killer functions. It tells you the time (as I glare at the stupid Fitbit Flex) which trust me, is very, very, very handy as features go and it acts as a pedometer and it actually tells you on-screen how many steps you’ve made. (Yeah I’m glaring at the Flex again) anything else it does I pretty much found I did not care about. On my recent trip to London, I found I was regularly looking at the step tracking count, never once did I double tap the stupid Flex to check its useless dots.

The other things you might want, namely the notifications was seemingly broken on iOS. On the iPhone I paired it with it just didn’t work. No idea why, I’d be inclined to blame iOS locking things down however. On Android, it all worked fine. It did not like playing so nicely on the P8 but once I moved it over to the Moto G 4G. Huzzah! When a call came in, it light up and vibrated!!!! Woo hoo!!! It can notify you of other things too but the usefulness of them isn’t quite the same. Still it’s so handy to have if you’re like me and regularly don’t feel your phone vibrate in your pocket. Text messages, well they told you who was messaging and the first bit of the message but it’s somewhat awkward to read on your arm. Mostly you get to see who it is and that’s usually enough to know if you want to look at it.

So for me the X6 essentially had three core functions, telling me the time and telling me how many steps I’d taken. Lastly letting me know when someone was trying to reach me which it did those things excellently.

While the textured finish is slightly more plastic feeling than the more grippy, more rubber like strap on the Fitbit, it’s a rather decent thing. It doesn’t scream fancy or premium but it’s perfectly adequate and still does more that the stupid Flex.

Well, it was actually pretty great. It was not so much on iOS but I blame Apple for that and it didn’t like the P8 but the internet suggests again it’s not the X6’s fault. Its only slight downer in terms of usability is that the screen is too dim with that black plastic covering. You just can’t read it outside in the sun. Everything else though, worked pretty great.

They say it’s got Bluetooth 4.0, so that’s the low power one. So was it problem free? No it wasn’t. On iOS it can’t do any of the notification stuff which is Apples fault but still, it’s a noticeable loss. On Android, well it didn’t play so nice with the P8 but as I said I’m sure that was the P8’s fault. Still it does point out that while it seemed pretty smooth running with the Moto G 4G I don’t want to promise the same for everyone. Sigh, these things should not be issues but they are so your phone may work flawlessly, and it might not. Still you’d at the worst have a watch and pedometer.

Spectacular. For circa £17 delivered its fantastic as a standalone device. Sure it doesn’t have the fancy website and slickness of the Fitbit stuff but it’s just a sliver of its price. For less than 20 quid you get a device that does way, way more than the cheapest Fitbit, hell for the cost of a Flex you could buy everyone in the family an X6. It’s not a perfect device but its sooooooooo cheap.

Ahh the X6, having had to end up changing the phone it was paired to twice but third time was the charm. Once I got it going with the Moto G 4G it worked perfectly, every time (touch wood.) That said I have been really pleased with the X6. It is so unobtrusive, just sitting there on your wrist like a black band but yet unlike the useless Flex it can do stuff. Sure it does the pedometer thing which is good, probably what you look at X6 for over something larger but it can do so much more. Telling the time for one is highly useful and instantly double its functionality in comparison to the Flex. Tack on then the notification side, which you cannot appreciate until you have used. It was the thing I missed most when I lost my old MBW-100, my wrist vibrating to let me know a call or text had come in.

The other bits of functionality, while I’m sure handy to some they weren’t to me. Like the sleep monitor, I just err don’t see what you’re supposed to do with the info. The silent “alarm” sure great for a calendar notification but wake me??? Yeah if you think this tiny thing vibrating is going to wake me think again. Not to mention the sedentary reminder, while that worked I very quickly just got annoyed with the reminders I’d been sat at my desk too long.

So, should you buy one? Unless you are wedded the whole Fitbit ecosystem idea and are willing to pay through the nose for it. If you think that you just want to try something out and you’re not sure if you want something living on your wrist like some manacle. Then for the money, I am very impressed. It’s not the world’s best looking thing but it’s discrete, works well and is stupid, stupid cheap compared to a Fitbit or any other western branded equivalent I am aware of. It’s a tiny bundle full of features for a tiny little price tag. 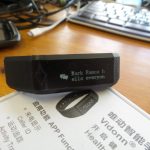 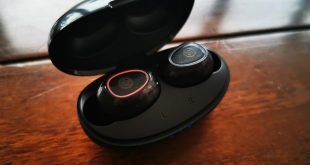