iClever were kind enough to throw us a bone for IFA and sent us out some BTH06 earbuds and a Bluetooth speaker, so here we are, reviewing the earbuds. These buds were used almost every day at IFA and have been used since i have gotten back on the 6th (today is the 8th). 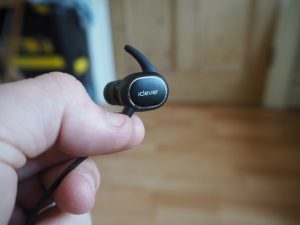 I (Dom) Have very little exposure to iClever as a company and their products. I’ve heard their name thrown around a lot and I was interested to see what some of their products are like, so when Craig (our EIC) approached me to say that iClever had supplied some presents for the IFA trip, I was excited, and it turns out, I was right to be.

I don’t pretend to be an audiophile nor to have any impressive knowledge of audio products; that would be Mark, but I do know what sounds good to me, and I have slowly been amassing a small collection of Bluetooth earbuds to compare these to as well as to some of my similarly priced wired earbuds. I have the MeeAudio X7 Plus’, the Blu-200’s from Brainwavz and the Axgio Sprints, and the BTH06’s are by far the most comfortable, despite using the “wings”, a feature that I approve of for their ability to keep buds in my ears, but dear God they are uncomfortable, at least for me. The Good news is that on the BTH06’s (Seriously guys, get a better name) the fins are removable, and they actually provide smaller or larger fins in the box, as well as smaller and larger silicone ear tips.

They fit well, which is a must for earphones anyway, so that’s one barrier out of the way. The other for me is the connection. Bluetooth earbuds have always had issues with my clothing. I have no idea why, but if I’m wearing Bluetooth earbuds and I put the phone in my pocket, the music skips and jumps, and as far as I know, I’m not wearing lead clothing. The BTH06’s aren’t immune here either, but they do fare much better than the other Bluetooth earbuds I own by far. The BTH06’s are able to quickly connect to my previously paired device, whether that be phone or Chromebook, and shutting them down was as simple as holding the middle button for a few seconds. The reverse was also true, when on my Chromebook (which is notorious for it’s crappy Bluetooth stack) not a single dropout was had unless I walked out of the room with them still on, but everything suffered when I did that. 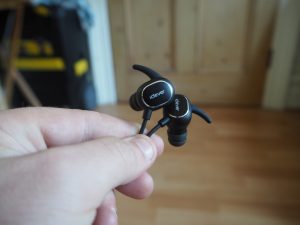 A slight offshoot from the Bluetooth connection is the microphone quality. Everything being transferred over Bluetooth usually means something has to be sacrificed to get the bandwidth to send audio high enough and usually that’s the mic, but I have no idea what was sacrificed here, or if iClever know some secret Bluetooth sauce that I don’t know about, or if we’ve gotten to a point in Bluetooth audio where there doesn’t have to be as many noticeable sacrifices. Thank whatever deity you pray to.

So Comfort and connection is good, what else? Well, it’s battery life. iClever boast an 8 hour run time on these, and I believe I have actually gotten longer than that, whilst I never listened for 8 consecutive hours. I listened for at least 2 hours a day, and I only had a brief 5 minute recharge in the airport lounge and they’re not dead yet. My Blu-200’s wish they were this good on battery. They charge via a MicroUSB connector housed in the control box and this is also where the battery is located, and for something this small and lightweight, I’m even more impressed at these things’ longevity. Would I have preferred USB-C for charging? Of course, but that was not going to happen any time soon. Everyone has a multitude of microUSB cables, very few have a multitude of USB-C ones.

Last real thing to talk about would be sound quality. Again, I’m not an audiophile or have any real audio qualifications, but I do have other Bluetooth buds in a similar price range and some similarly priced wired ones. They sound pretty damn 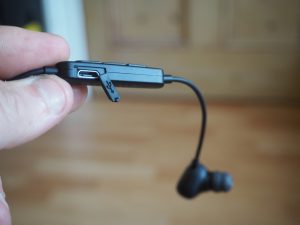 great actually. Once you turn them up to the last 2 or 3 notches they start to distort and get a little uncomfortable, but below that they’re not only plenty loud, they also offer what I think to be the best mix of the important audio parts.

I’m not going to try to bullshit you and say they sound like I’m in the concert hall with an orchestra surrounding me, that’s not the case. They do however sound much larger than they are. Whilst I was always aware that they were teeny tiny drivers blowing sound right into my ear canals, they did sometimes trick me into thinking they were over ear headphones for a while, depending on the type of music I was listening to. 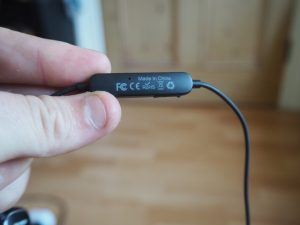 If I had to pick out a weak point for these acoustically, it’s to do with voices. Whilst EDM, Classical, Jazz and Techno sound great, the sound quality takes a little bit of a nose dive when trying to reproduce human voices, and this actually somewhat makes sense to me. The BTH06’s are marketed as sport earbuds, and when I think of sports, the things that I work out to are not very often things with people speaking in them. They’re very fast and synth-y. So whilst I’m not excusing their performance on vocals, I can also see where they are tuned for.

So lastly we have price. The BTH06’s retail for just under $30, or under £20 if you’re in the UK, and they’re a steal for that price. Are they going to be my daily buds? No, but they’re not meant to be. I have my MeeAudio M6 Pros for daily use, but I wouldn’t want to wear those on a run or in outside where pocket space is at a premium. The BTH06’s are small, lightweight, inexpensive and sound good for their target crowd. It’s easy to see this as a bought review, but that’s not the case, iClever had no control over the editorial outcome of this review, but I put my money where my mouth is and bought a second pair as a birthday present for someone soon. If I can buy them for someone I see on a nearly daily basis and am confident enough in the purchase. I think that speaks for itself. 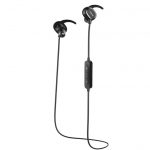