We’ve reviewed a few dodocool headphones now. One was a bit hit and miss, the rather gimmicky EL IEMs, and one set was actually really good with a couple of minor issues. The latest offering is retailing at £19.99 and they just have something about them. Let’s look at what! 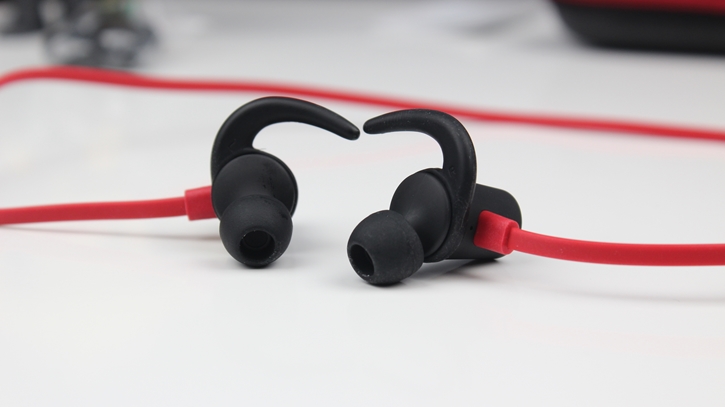 UPDATE – Thanks to our friends at dodocool we have a special offer for our readers. 30% off this product until 30th March – LELQ87HJ

I just can’t get a bead on dodocool as a company really. I know what they do and what they sell, but their aesthetic seems to be different each time. luckily they’re going in the right direction in my opinion and this time have delivered a sports-orientated Bluetooth set of IEMs which manage the balance between cost effectiveness and value, and quality.

The first whiff you get of those is when you open the packaging (there’s no outer packaging – you just get this pod-like case). The dbrand-ish finish on the small black and red accented carry case is just a nice start to the experience. Inside the case are the headphones themselves,a small and large set of buds, instruction manual (which is fine but you won’t need it) and a microUSB cable for charging. 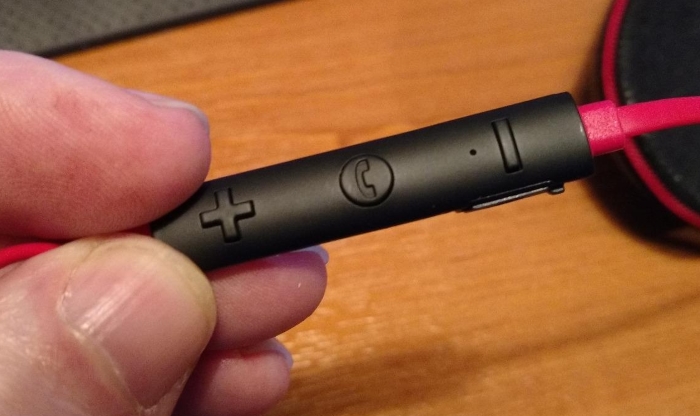 The headphones themselves are also decked out in the same colour scheme with the buds themselves a black accent to the red flat cable connecting them. A few centimetres from the right bud is the control pod. This houses a simple button layout consisting of dual stage volume and track controls as well as a power-come-call button.

The earbuds are silicone and par for the course at this price, but the ear hook flexible enough whilst being reassuringly stiff in the ear for comfort. We’d have liked to have seen some non-hooked replacement buds included for those wishing not to use these though.

I wouldn’t normally include these specs in an audio review of this type but I just wanted to show that dodocool are serious about letting you know exactly what you’re buying, which for £19.99 is impressive. Of course, anything can look good on paper so we’ll get into the nitty-gritty of audio performance next. 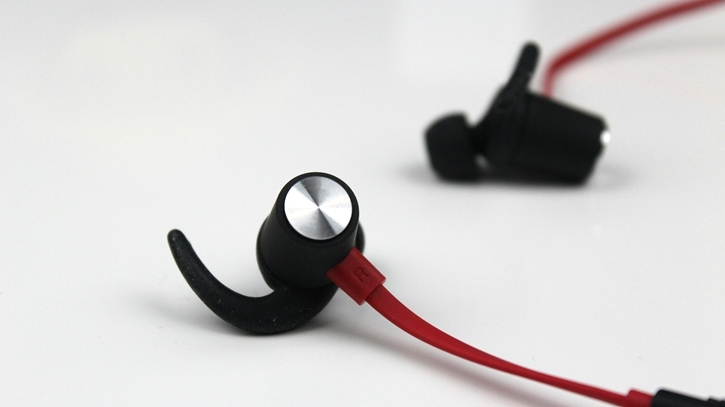 Simply put I can’t fault them for their audio quality. They are in the upper tier at the sub-£30 price point for IEMs for me and have so much going for them. The bass is here and it’s a crisp low-end which doesn’t muddy its neighbours, allowing mids and highs to come through also. The background of songs are as interesting as the foreground with these positioned nicely in the ear. Volume gets up to an uneasy listen which is good to know despite most won’t get near that volume level. Additionally, there’s no detectable distortion as the volume slips through the gears.

The first aspect I’d usually grab hold of as a potential negative is the control pod. In many other IEM reviews I’ve made mention of the control pod being aligned to one side or the other tends to weigh down one ear and potentially cause strain and discomfort after a short amount of time. Here though the weight does not seem to be an issue and it doesn’t catch or strain at all. God knows what magic that is!

In fact the comfort factor overall is great. The hooks, as previously mentioned, are stiff enough to keep them in the ear but flexible enough to allow some movement for long sessions. The buds themselves are angled inwards towards the ear canal and provide a very good fit which accentuates the passive noise cancellation, albeit dodocool call out CVC 6.0 technology that kicks in during calls. Speaking of, calls on this device were slightly better than average for similarly priced IEMs, and whilst I hardly ever take calls when I’m using them, the fact you could, and even in a relatively crowded place (gym for example) you’d be heard, is a good thing.

Isolation is also top-notch here with the fit of the buds being such that nobody will be able to hear you’re listening to Britney Spears whilst strutting around the gym pretending to mouth the words to the latest acceptable hit.

The other pitfall of cheap Bluetooth peripherals is of course the connectivity aspect. Here though, like with other potential stumbling blocks, the dodocool Magnetic Bluetooth Headphones sidestep the problem nicely. This is one of the few cheap units I’ve been able to use, whilst my phone is my pocket without the occasional distortion chirp during my favourite song. I can manufacture distortion if I need to so they aren’t flawless, but in everyday movement and use they should be (and were for me) fine.

Finally, battery life. There’s a claimed “up to 8 hours” of playback if you look back up at the specs and I managed just over 7 hours across a week of use. That’s perfectly acceptable given that the claimed 1.5 hours of charge time actually ended up being just an hour in my testing.

I think it’s safe to assume that if you got this far you can guess my concluding thoughts. For £19.99 I don’t think I can pinpoint one specific thing that would make me not recommend these. Perhaps some will have issues with the ear hook, but my sensitive ears are usually a good gauge there and they had no issues. Perhaps some won’t like the design aesthetic or the materials used? To those I simply say “you’re looking in the wrong price bracket”.

Also, I made it through the entire review without mentioning one of the features that’s called out in its title, namely the magnetic buds. The magnets aren’t the strongest but when the buds are back to back it does keep them together. This is merely a footnote compared to the overall value prospect of the device. 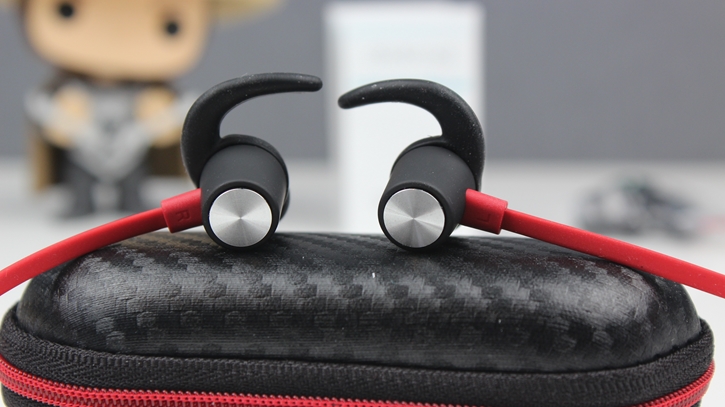 Maybe 7 hours of continuous playback isn’t enough? Well, in that case okay – I can’t argue. For most it will be though, surely.

Simply put, these are perhaps only bettered by the EC Technology units we reviewed here. They were dirt cheap which largely influenced the value proposition. However these dodocool units beat them for audio, deliver a similar aesthetic, have a slightly more comfortable in ear feel, and have a carry case! For a score, you can’t go wrong. 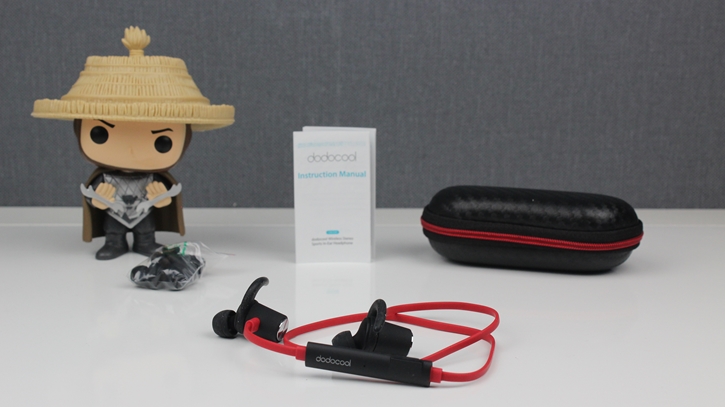