The Accutone Pisces Earphone Review, an old company but new to earphones, let’s find out how they got on shall we? 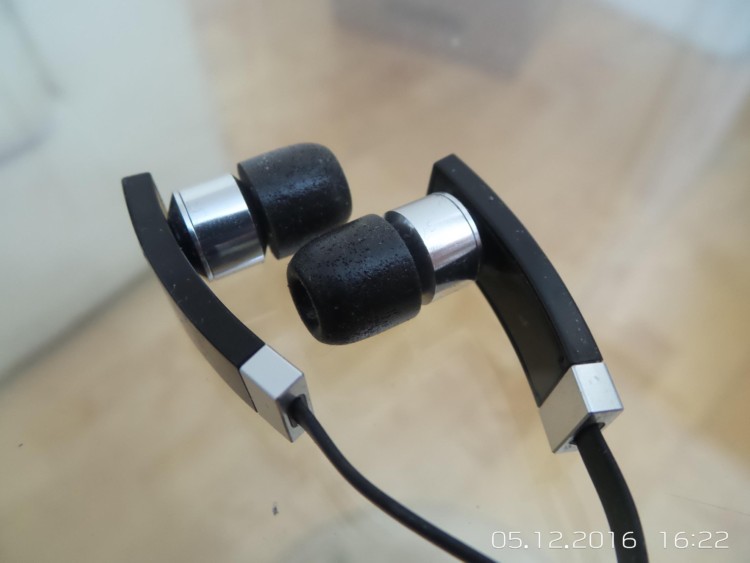 Thanks to Accutone for the sample.

Hmm a nice box, I like that matte black plastic but I don’t love the paper band sealing it all closed.  I get why it’s so but I don’t packaging I literally must rip to get into.  I like to keep things all pristine, oh well.  With the things opened on the insides, they errr well the foamy bit came away with the lid so it’s a bit of a mess.  Still I can push it back to how it should be for a photo, I mean it’s not like it matters.  Then under the earphones were got the bits, a rather nice looking case, a cable wrap and a baggy of tips.  Hmm including a “memory foam” pair yet they come with Comply’s on them.  A little odd but more tips is never a bad thing.  While I’m rather liking the look of the buds I’m not loving that they have flat cables.  I mean flat cables may kinda look cool but I’ve never met one I’ve loved.  Still there are clearly something that is aimed at crowd that looks do matter. Nothing wrong in being pretty after all is there.  These are well, funky and interesting that’s for sure yet I find myself thinking ooooh interesting rather than ooooh pretty.

In the ears with the handily already applied Complies and bass.  Did I not literally just read on their site something about wanting more than just bass.  Or was that about the Pisces HD, err or the Pisces BA, whoa the BA one is waaaaaaaay more expensive.  So what’s with them all having the same name almost?  Sigh I’m calling it right now, that is going to get confusing.  Oh good lord and there are two Pisces headphones, on ear things.  So they have 5 completely different products all called Pisces.

I have read the descriptions on their website and hmm, I don’t think Accutone is some brand new upstart Chinese company is it?  The linguistics used however would indicate otherwise.  Specifically looking at the descriptor on the Pisces about their clarity and how they aren’t tuned just for heavy bass well, yeah my ears tell me differently.  I get the feeling someone has let the marketing exchange student go crazy.  The lows here are huge, fat and heavy.  Thick and weighty to a degree that it’s obfuscative of details, the description is the opposite of what my ears tell me.  These are very bass heavy and clarity is sacrificed completely to make it happen.  If you want a pair of bass cannons then cracking, great for you but why the completely wrong description.  I keep checking I wasn’t reading the wrong one for one of the other things named Pisces.  I mean the bass isn’t terrible or anything and for the price, with their looks I’d wager they may do really well if stocked in an Apple store.

Meh.  These are muffled, thick, weighty sounding earphones and the mids are pushed well back from the bass. The clarity is so so.  Seriously if someone had handed me these and told me they were the new Beats something’s I’d have completely believed them.  The description talks about the “something as minute as the sound of the performer’s breath.”  I keep feeling I’m reading the description for a different product.  I don’t know if it’s something I’m doing, I really don’t know what is going on but this in not matching up with my ears are telling me.

The vocals are fine, ish, I’m sure mainstream Beats fans will be absolutely happy with the performance I’m finding here.

Well it’s the same story.  Thick, weighty heavy, muffled.  So if your hyper treble sensitive then great.  Erm yeah I can’t say I’m being wowed nor is it very prominent.  Never at any point was the treble harsh or fatiguing.  So that’s good right, there in nothing worse than harsh abrasive ear ravaging treble.

It’s not so vast in distance or scale but the power, the sheer force these can deliver to your ears is huge.  Massive amounts of power and force, driving these bass notes home with the power of a runaway freight train.

Pretty good.  Despite their flat cable I could wear them up okay, so up or dawn they were good.  They may have angular edges but I never had any fit issues.

Same as with the fit.  In the wont with the Comply’s on and I was done.  No comfort issues worn up or down.

Very little even worn down.  A chin slider might have been nice but then that would hardly fit is with its uber fashionable vibe.

I can’t make up my mind.  Visually they are very striking, that bold black set against the burnished chrome is very visually dramatic.  Then with its eye-catching angular shape they make a very notable visual statement.  Super-duper uber fashionable.

They would appear to be very good, visually they have had lots of attention paid to them.  They feel nice and look impeccable.

Well it’s a flat cable.  The cable has been chosen to look great but I’m never a fan of flat cables.  Its quality all seems fine but round would have been preferable.

Erm well not so much.  Even with Comply’s on these just weren’t cutting it.  Using on a bus and even just walking out and about near traffic I found them insufficient.  With music playing though you may very well not hear traffic so do remember that you need to use your eyes to stay safe.

Well the cable winder doesn’t seem designed t work with flat cables and the case, well it sucks.  It’s nice enough to look at but the things don’t fit in it.  Seriously how did this get authorised to go into production?  They just don’t fit in it, did no one at Accutone ever bother to test the case in use?

Ah one point where I was told they were great.  Not just fine but the person specifically said these were the best sounding headset I’ve tested, I sounded just like I was sing the phone normally.  That was with wearing them up too so the mic pulled up towards my ears.  So it seems their headset background has given a first class mic pick up.  Now the volume buttons, well they didn’t work on my Nexus 5, oh well.

Well they as good as made no difference.  So no amp needed they work just the same out of anything.

Well at US$80 they are not the best audio you can get but if you want a bassy bass dominant super uber fashionable hipster earphone then these would fulfil that role perfectly for you.

So, yeah have I loved these, nope.  I don’t know what the issue is, their descriptor describes a different product.  These are very bassy and heavy, which is fine if that’s what you want but the description on their web site goes on about clarity and super tiny details.  Unless someone posted a different products details up I have no idea.  Then that case, seriously Accutone did no one at all in the company test it?

Things aren’t all bad thought. Bass heavy isn’t exactly a hated sound signature in the mainstream world and they do look so visually impressive.  If you want something that people will notice as you go by these really do it and they look just impossibly fashionable.

So would I / should you buy one?  Me, no.  You well, if fashion is your top priority and you want a pounding bass line then boom, these would be perfect for you.  Big barrel loads of weighty powerful bass in a hyper stylish package. 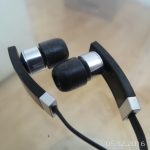