With Askborg starting to deliver further products to their line up we were keen to check out the first headphones to drop. The Askborg ExerSound Ear Buds clearly aimed at the fitness-focused individual with the behind the neck design, and their stable fitting. What’s the audio like? Let’s find out! 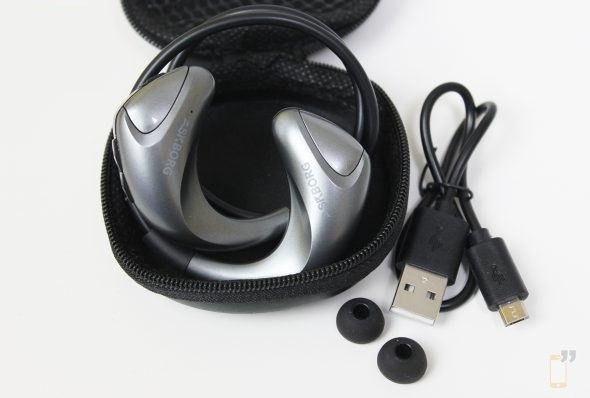 First off, these come in the smallest little box which is great. I’m growing increasingly frustrated with a microSD card being packaged in a box big enough for a 21″ monitor to fit in comfortably. Let’s start to conserve some energy, and indeed lessen material use people!

Moving on from the slightly askew rant, the Askborg ExerSound Ear Buds are, on paper, the sort of unit I’ve been looking for, for my all-too-irregular gym visits. They deliver a sturdy yet nondescript design, has decent battery life, are lightweight, and don’t cost an awful lot coming in at £18.99.

On paper they are perfect for me. On paper.

However before we get there, let’s just highlight what comes in the diminutive package: 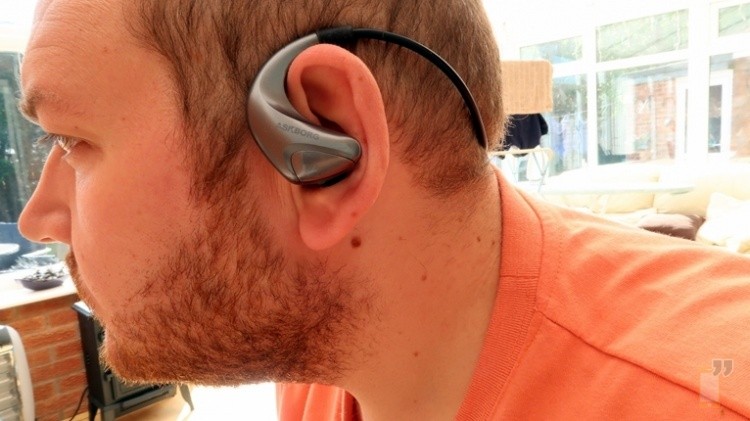 The Askborg ExerSound ear buds are, as previously mentioned, relatively benign in the design stakes. The have a grey-black aesthetic which will fit in with almost anything you’re wearing (aside from an odd-orange-come-pink t-shirt it seems!). They sit in the ear and look quite large but feel quite small. The connecting band is designed to go behind the neck and that’s the only way to wear them. That neck-band has a mind of its own however and will take some fiddling to get it to sit right. Nothing to be unduly concerned with however.

In terms of the comfort, they fit exactly as you’d expect them to based on the design; tight. The silicon/rubber neck band has so much kinetic energy in it that it causes the ear buds to “push together” when you put them in the ear so for long durations these can be a little fatiguing, however I expect that to calm down over a month or two of frequent use as the neck band finds a natural state.

The buds at the end of that neck back are covered in a glossy grey plastic finish, with all the controls sitting on the right side bud. There’s the covered microUSB port, two volume buttons, and the main control button which handles power, play/pause and call answering functions. 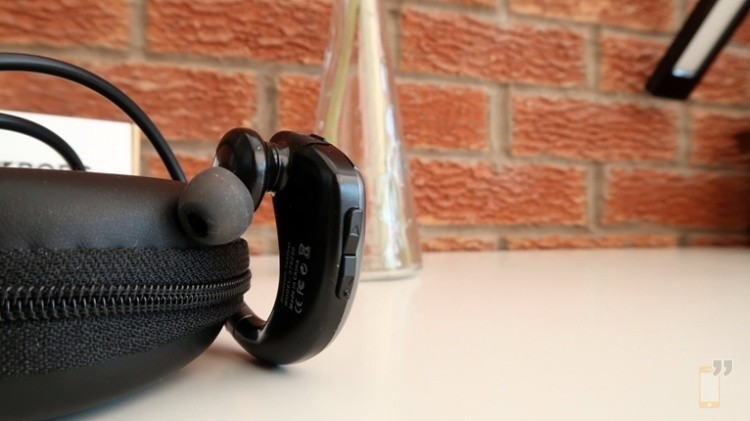 The buttons are very intuitively found when reaching up to change the volume or the track, however the functions of the volume buttons are a little, what’s the diplomatic word to use; confused. As the right ear bud sits in the ear, the uppermost volume button turns the volume down with the lowermost turning volume up. Okay, that’s weird but easily figured out and remembered right? Agreed. However, a long press on either button skips the track. Okay, so the uppermost button which turns the volume down, but also rewind the track right? That’s logical, right? Yes, it most certainly is and no it most certainly doesn’t. It does the exact opposite and skips a track.

That tomfoolery with the buttons aside, they are tactile and provide a satisfying click when switching volume stops or tracks, it’s just weird they would switch things up like that.

The main button is a bit more obvious in terms of its functionality however has its own peculiarity. As the button is located almost directly over the ear canal the bud is situated in, pressing down on the button, which does need a bit of force, pushes the bud deeper into your ear. Not ideal is it? It is manageable however, that is after the first few times you forget to hold the outer-casing of the ear bud when you press.

The audio behind these controls however is relatively solid for this price. Around 75% of the type of bass I’d expect from leading sub-£30 Bluetooth headphones is where I’d place this, and the bass is a little too on the surface for me. The EQ is deliberately flat I think and I’m quite alright with that. Mids and highs are dealt with adequately and the device gets plenty loud without too much distortion. It does kick in at around 80% however. Equally adequate was the battery life which delivered almost exactly as Askborg state. I managed around 7.5 hours of continuous playback before they started dipping connectivity and finally died.

Yes, they still had a few stutters in connectivity as I moved to around 7 metres away in a wide open space and any more than 3 metres from it indoors with a door between and you’re going to drop streams, but then almost all units I’ve tested at this price point are similar. Perhaps Bluetooth 5 units might start to appear and provide a solution to that with the increased range it brings.

I actually enjoyed testing these as they have a few selling points which made me consider just where they sat up against what I consider to be the budget Bluetooth ear bud champions currently, the dodocool units we reviewed a while back. First, they have a more static fit in the ear which is perfect for joggers or more mobile fitness bods. Second, they are marginally cheaper too. That is probably the only punches the Askborg units would get in as, for a fitness based device, they have no sweat proofing, and they don’t quite match the dodocool units for audio clarity.

All in all, they are more than worth the £18.99 you’d drop on these puppies. The lightweight design without an inline control pod was a nice change of pace for a budget Bluetooth set of ear buds, with the confusing controls and the main button potentially causing you injury if you’re not careful, being the only areas of concern.

A strong addition to a product line up of this fledgling mobile peripheral manufacturer. Long may they continue to bring competing products to the market. I’m keen to see some second generation products from them. 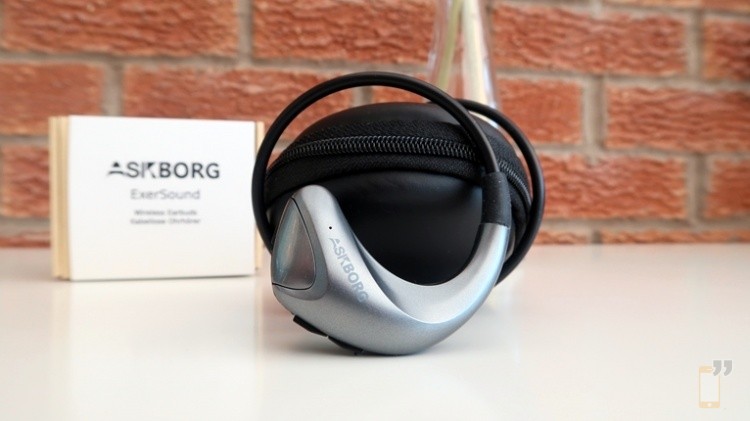