Last week I posted about a huge discount on Grand Theft Auto Chinatown Wars. It was reduced to 77p. Heres the link (https://www.mobiletechtalk.co.uk/bargain-alert-gta-chinatown-wars-just-77p/). Which for any GTA mobile game is a bargain and you it seemed stupid not to grab a copy for myself. So I did.

Background Of The Game

Following his father’s murder, Huang Lee has a simple mission: deliver an ancient sword to his Uncle Kenny to ensure his family retains control of the Triad gangs of Liberty City. Huang is a spoiled rich kid who expects everything to run smoothly, but his trip does not go exactly as planned. After being robbed and left to die, he will search for honor, riches and revenge in the most dangerous and morally bankrupt city in the world.

Released on 17 March 2009 for Nintendo DS, with a later date for the Sony PSP. Then on the 17th January 2010 it made its way to mobile being released on iPhone and iPod Touch to be launched again on 9th September 2010 for the iPad on and then finally on the 18th December 2014 for Android and Fire OS devices.

As far as the graphics goes, they are smooth and crispy at least on the HTC One M8 anyway. The on screen controls can be re-sized and moved around on the screen which makes playback a little easier, but i still found it uncomfortable for extended periods of time. Although in the description on Google Play Store claims there is compatibility with select android Bluetooth and USB controllers, as well as support for Android TV devices (which I don’t have access to so I couldn’t test) it does mean you aren’t locked into using the on screen controls.

My personal layout for driving controls.

The overall playback of the game was smooth and I pleased to say I didn’t run into any lag. As well as no lag, it didn’t run the device too a hot temperature but only keeping it slightly warm to the touch, unlike other games.

As I mentioned when I posted the deal I said I did not enjoy the game on the DS due to the other games I had played in the Grand Theft Auto series and my thoughts are still the same. I didn’t like playing Chinatown even on android despite the smooth and crispy graphics that doesn’t lag seems like a great game to some people but not to me.

Will GTA: Chinatown Wars stay on my phone?

Whilst in some ways I would like it to stay on my phone mainly being as it is a Grand Theft Auto title, but it won’t be staying and I won’t be returning to it. As I just can’t get on with the game.

But I still agree with what I said in the bargain alert post for the price of 77p it is a good game for someone who wants to get into gaming on mobile. But for for now I’ll stick to gaming on consoles. 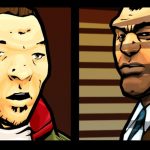