A couple of months ago, I posted an article giving a first look at ever-so popular Sync for Reddit on iOS. Within that article, I went into detail about what Reddit were looking to do in the not-so-distant future – and it seems the future is happening right now.

To cut a long story short, Reddit have been planning to hire ‘in-house’ developers to create official applications under the Reddit branding. We saw glimpses of this when the popular website hired the developer of Alien Blue, making the application their ‘official’ Reddit application for the foreseeable future. Fast forwarding to almost 2 years after the acquisition of Alien Blue, Reddit administrator spez in an AMA announced that they are hiring developers for both Android and iOS to create a native app under their official branding. While this certainly asked more questions than it did answer them, the move was seen coming by multiple ‘redditors’ a few months before the announcement was even made. The first major sign of the ‘front page of the internet’ making changes were at the back-end of 2015, with the mobile site touting a major overhaul, showing a more unified and cleaner look to the website and its experience for its broad userbase. Another thing that could be seen as somewhat major was the plethora of teaser shots of an official Android application, which at the time Reddit had no official application for the platform.

What does this mean for Alien Blue? Well, this is where the bad news comes in: Reddit announced today that they are making the application unavailable in the app store, with no sign of it returning in the near future.
Alex Le, who is the president of Reddit, said in an a post on the site that the decision to discontinue Alien Blue was a “difficult” choice to make. The reasoning for this, according to Le, was that the engineering team felt it was better and much more of a forward move to make and flourish and application from the ground-up with the signature style from their new and improved mobile site. No comments were made in regards to what role the developer of Alien Blue played in the development of the official Reddit application, so it’s on the assumption that he helped in some regard. 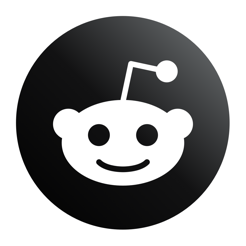 Before I give my overall thoughts on the application and how it performs, here’s a gallery of the main parts of Reddit for iOS.

If people were under the assumption that this application was using Alien Blue as a baseline, then you couldn’t be further from the truth. Reddit weren’t joking when they said they were building an application from the ground up, keeping in line with iOS application guidelines and overall making it a very admirable user experience.

From the screenshots above, you will see that this app is very much a streamlined ‘iOS’ look, bringing in the well-known bottom navigation buttons that even Google have adopted recently to cater for the larger screen users out there.

Speaking of bottom navigation buttons, the options you have along the bottom are as follows:

– Timeline: Browse and comment on the latest stories from the front page and subreddits that you are subscribed to. Photos appear in line, while videos and external links open in a new window when tapped. There are also upvote and downvote buttons and options to share or hide posts. Tap on the three dots in the top-right corner to choose between compact or card view, or sort posts based on Hot, New, Top, or Controversial. Tap on the pencil icon in the top-left corner to submit a text, image, or link post. Swipe down to refresh.
– Subscriptions: A list of subreddits that you are subscribed to, along with a Discover option to find new subreddits based on a number of topics: animals, art and design, ask, books and writing, business, comics and hobbies, DIY and crafts, driving and vehicles, entertainment, fashion and style, food and drink, funny, gaming, health and fitness, interesting, life and advice, local, meta, military and survival, music, news and politics, philosophy, pics and GIFs, relationships, science, shopping, sports, stories, technology, trades, travel and outdoors, videos, and more.

The UI is very clean, with nothing garish getting in your way of viewing your favourite subreddits. The overall look and feel of the official Reddit client for iOS is very much for the general masses, with ease of use navigation along with a much better comments viewing system which Alien Blue failed to deliver successfully on over its years of development.

Upon opening application for the first time, you are presented with the much-acquainted Reddit frontpage, showing the days top stories from the default subreddits (or if you’re logged in, subreddits you are subscribed to). For the most part – depending on if the relevant APIs are supported – image and video previews are available. From what I can gather from my somewhat limited use with the application: Imgur, YouTube & Giphy are the main websites that support image/video previews in this application.
Once you find a story or post you may like, simple tap on it and it will go into the comments section. Within the comments section, you are presented with many of the same features that Alien Blue once had, just ordered differently – one thing I really enjoy with the new post-viewing system is the fact you now have a ‘quick action’ at the top right-hand corner of the page to save the post to read later. If you want to find this saved post, select the ‘profile’ navigation button and tap on ‘saved’. This is one of the things that adds that extra bit of convenience to the app, much like what Pocket does when you just don’t have the time to read something at one given moment.

Within the ‘subreddits’ menu that can be accessed via the second button on the navigation bar, you will see all the default subreddits mixed in with the subreddits you have subscribed to. Again, the attention to simplicity shown in this application really is a gracious effort, with nothing getting in your way.

When you have selected a subreddit you want to enter, it’s almost as if you have opened a separate application for a specific subreddit. This may seem like a bad thing, but this is more of song of praise to the Reddit design team and how they present each of the subreddit main pages in an individual manner. As you can see from the screenshot below, at the top you see the name of the subreddit, along with how many active subscribers this given subreddit has (in this case, 630k). Next to this, it shows how many users are online viewing the subreddit. Just to the right of the users online text, there is a little green ‘tick’, this just confirms you are subscribed. If you wish to unsubscribe, just select the tick and it will go back to a ‘plus’ symbol. In terms of viewing experience for the individual subreddit page, it’s exactly the same as the main page – very clean.

The messaging interface, which can be found on the third navigation button along the bottom, is very neatly packed with 4 sub-sections in there: Messages, Comments, Post Replies, Mentions. The design sticks to the same simplistic design of the other variables in the app.

The ‘create’ interface is also quite unique in its design, certainly for an iOS application. You will see in the screenshot below in the top left-hand corner that there is a little pencil; if you select that, it will pop up with 3 options: text, image and link. While this may not seem very original, the way the screen is presented is very well done with a user interface perspective. Most, if not all developers would go for a full-screen option for these measly 3 options, but having a very unobtrusive window along the bottom where the navigation buttons are is a stroke of genius from the engineering team.

In profile option, which is the last navigation button on the right, you will find all the options pertaining to your profile such as saved posts, a general overview of your karma, including your username, and a plethora of other options that are shown below.

If you find that the subreddit or frontpage is too big in terms of image previews, you can switch to ‘compact view’ by selecting the three dots along the top right corner of the application. You can also sort by ‘hot’ posts in that sub settings menu if you so please.

In the main settings menu, there’s not much to look at. Right now, there are only 2 themes to choose from which are – you guessed it – night and day modes. Currently, there are no options to adapt the theme to the time of day, which Alien Blue had, but I’m sure if the developer is still working at Reddit, he’ll be a heavy influence on bringing this feature back. Other options include things such as account switching, changing the default view, and a ‘safe for work browsing’ button. There’s also 3 about options which provide policy details.

I’m an avid user of Reddit, so I’m the target demographic for applications such as this and I must say, I wouldn’t have thought in a million years that there could be an application that could knock Alien Blue off of the design top spot in my eyes. I’m unsure how they managed it, but the Reddit engineering team pulled off a massive design feat with this official app. From the unintrusive UI to the extremely polished user experience, it’s no surprise that a lot of people will have no troubles coming to terms with Alien Blue being put on the substitutes bench.

PSA: If you login to the official Reddit app for iOS or Android, you get 3 months of Reddit Gold for free