So back the other week we had a bargain alert on Smart Launcher Pro 3, it has been slashed to just 10 penny’s. A tiny, tiny price so we at MTT Towers thought me had to give it a bash. Being no stranger to changing Android launchers myself I thought it might be nice to try something a little different. I’ve never tried Smart Launcher Pro 1 2 or 3 so I grabbed it, for just 10 it couldn’t hurt, right? Let’s have a look and see shall we. 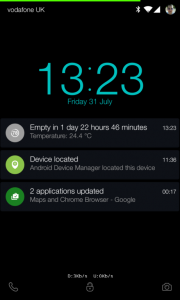 Woah, it’s a bit of a shock to the system. Coming from Nova this has such a different way of coming at things. You get really just one “home screen” (yeah I know you can add more but it feels out of place to do so.) On its main home screen you get 6 icons, having just been asked to select my default music and camera apps I now get why. Those 6 icons, they take you instantly to the default app for that function. Camera, Dialler, Music, Browser, Pictures and lastly, Messages. It’s a very clean and functional UI. I might even say minimalist. 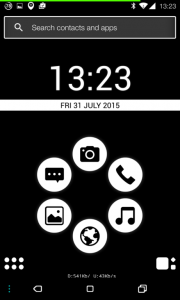 With the home screen so Spartan I think you’ll be in the app drawer quite a bit and again it’s a very “functional” setup. Your apps are no longer all together but are in category groupings. Now it’s mostly accurate with its placement but some are just plain wrong. However many, well I don’t know what they would be categorised as. Monument Valley is clearly a game but Fast Paleo, well it’s not a game for sure but what would I categorise it as??? Honestly I don’t know. Lifestyle maybe? You can add custom categories naturally but still, I don’t really know what I would categorise it as. It’s not the launchers fault but it’s more that I have a habit of horizontally filing things I don’t know how to neatly categorise. So the simple alphabetically ordered draw in Nova works for me. This one, while it feels like it ought to be more organised would have me not sure where anything is. 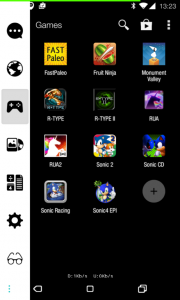 Right away I fired up the “Themes” and went with “Deep Darkness” oooh, all pretty and black, monochromatic and black backgrounds. This theme goes so well with the minimalist, functional and organised feel of the launcher. It’s just so neat in tidy looking. I love the visuals of it. Of course it’s all a lie because underneath it’s a cluttered mess of I have no idea where things should belong so I have organised nothing, still it’s pretty. Its making me yearn for an OLED screen, oh all those infinitely dark blacks would look gorgeous. Anyway, there are lots of themes to customise things but I like this one, it feels like its stark simplicity belongs with the launchers overall feel. 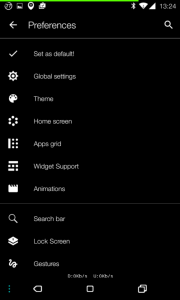 Honestly here, it and I did not mush terribly well. I can’t say I think it’s that Launcher Pro 3 is bad, I like what it’s going for but that is just not me. I have 4 million apps installed, most of which I almost never use. I want to know where they are and I want to know how I can find them. With this I’d have to remember what category they are in. For that to be obvious I need them to fit into an obvious category which frankly some apps just don’t. After a week of using I’m getting to remember them but I’m not enjoying having to do so. 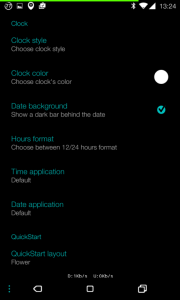 At 10p it was obviously a steal but now it’s back to £3 and well if you think the utilitarian nature of this launcher works for you then great. It’s a nice thing, well supported, lots of themes, lots of customizable features and categories. So £3 seems a fair price. 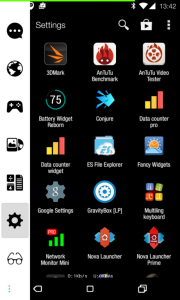 Well, did I and Launcher Pro 3 get along? No, not really. It’s not you, it’s me, no really, honestly it’s me not you. Launcher Pro 3 feels like it’s for those hyper organised utilitarian people but that’s completely not me. I’m more, why have 1 twitter app when a can have 5. I like loads of apps. I have tons of apps that I never use. I want them there and I know how to find them. Well, mostly I can find them, all I have to do is remember what it’s actually called. With Launcher Pro 3 I need to also remember what category I decided to put it in. Yeah that’s not really happening. While I love its looks and I love the aspirational Spartan ideal of the launcher, I am the chaotic and variable mess that is the ever changing Athenian. I don’t have that Spartan self-control and ultra-functional mind set. Sorry Launcher Pro 3, you and I are just not a combo that works. 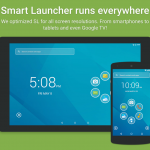