Anker has been a company which has always been a staple of many reviewer’s bags whether that be their power banks or their charging cables. However, fewer people know about their speakers and this is something Anker has ventured into and they now have about 8 speakers positioned for different users. 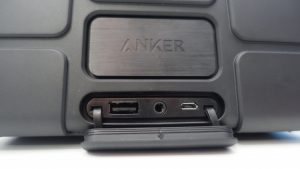 I was offered to opportunity to test out the Anker SoundCore Sport XL and I wanted to see whether their speaker lived up the high standards that had been set in my eyes having previously owned a couple of their power banks.
The presentation was spot on with this speaker, and even though this was targeted as a rugged speaker, however, this was presented as a much more premium speaker. Inside the box, you will find a customer satisfaction card alongside a welcome guide, a wrist strap, and a micro USB charging cable. This cable struck out as one of the issues with this product, it was an incredibly basic generic cable which is a shame to see as Anker make great cables themselves and an inclusion of one which was even close to their quality would’ve been good to see. There isn’t a 3.5mm cable inside the box which is surprising as every single speaker I have tested has included one as standard whether it has anything extra. 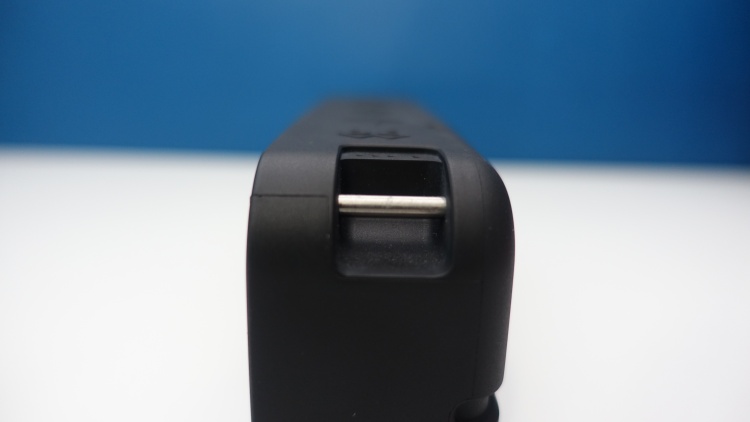 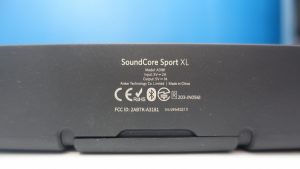 The speaker itself has the power button, volume, play/pause/multifunctional button alongside the Bluetooth button at the top next to the power and battery LED indicators and the hook for the wrist strap. The tweeters are on the front with 4W of oomph each and the subwoofer is built into the back. There is also the micro USB charging port, USB charging port, and 3.5mm jack. The USB port is a bonus because it means you can charge up your phone on the go without having to carry a separate speaker and power bank.

The speaker was incredibly easy to pair and I was surprised by the actual maximum volume that this compact speaker could output. The sound feels like its omnidirectional so even on the sides, you do get a large amount of the audio. However, you do miss out on some details within music and other audio when listening from the side but the effect of this will be dependent upon your music tastes. 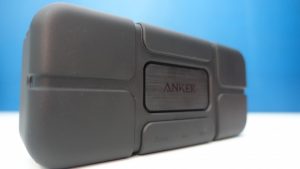 I tried to watch some videos with this and did see there was a little lag between the audio and that is mainly down to the lag associated with Bluetooth but by including Bluetooth 4.1 into this speaker, Anker have been able to significantly reduce the lag but it isn’t gone completely gone.

I thought that by connecting this over Aux will remove this completely, I did realise that if you try and charge your phone and listen over a wired connection then you may hear some static which got annoying pretty quickly. The speaker will automatically move over to the aux input as soon as a device is connected to the other side of the cable which means you don’t have to deal with switching devices as the aux will always take priority if a device is plugged into the other side. 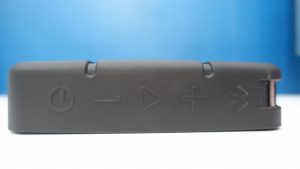 The audio was great throughout, the bass was much higher than anything I had ever experienced before and it has actually helped me to hear some detail I had never even noticed before. But the high and mids were a bit murky and the sounds were deeper than I liked and obviously, there is no EQ for me to modify this but I think that because this is meant to be a rugged speaker, rather than a completely sound accurate one. Also, the volume will be important when you are out and about because of the external and ambient noises which you will not be able to control but after about 60% the sound quality did start to deteriorate significantly.

The battery was great overall, I was able to drain this fully in about 8 hours alongside charging my iPhone 6S which was pretty impressive and I didn’t get to fully drain the battery a second time and the battery monitor on iOS goes a long way to avoid you having to guess how much charge you have. You can see the exact percentage of charge within the notification panel which is handy as some devices only showed a bar graph in the status bar. 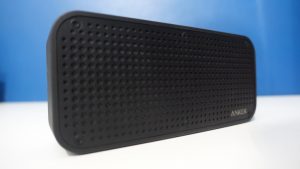 The speaker is very bouncy and therefore if you drop it, the speaker will bounce upon impact which is down to the rubber being used on the outside of the casing and a large lip across the speaker. I did drop this from about 2 metres and there were only a few scuffs which wiped off very easily.

I have had a strong connection even through multiple walls at even 10 metres of distance. But this is something which will differ from user to user as if you have thick concrete walls then you will see a much weaker connection but I personally haven’t had any issues whatsoever with this.

I personally haven’t tested out the water resistance much because I always fear that I will break the product even if the product has a high IPX rating. But I have put some water onto the speaker and I haven’t seen any differences or indications of water damage.

The device is fairly heavy in comparison to other speakers I have tried out and most of that is down to the more premium materials used in the speaker alongside the built-in battery which can be used to power other devices.

The speaker overall is a great deal at the £46 it is currently available for right now, but I think it is best suited for those looking for more bass heavy music with the intention of listening to it outdoors. 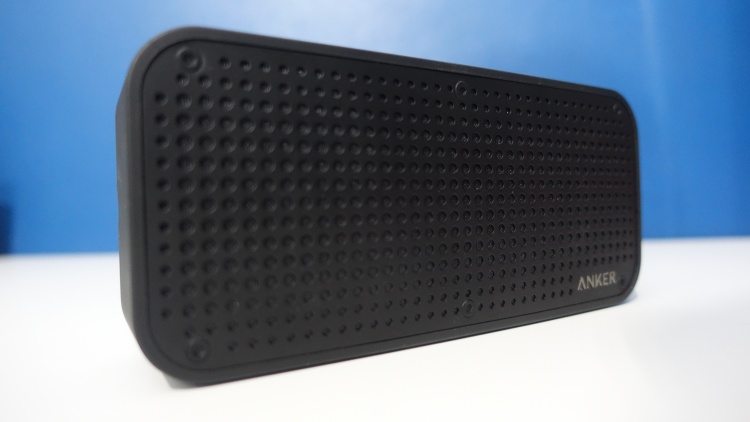