Why Whatsapp Removed Its Subscription Fee

In an interesting turn of events, the Facebook-run Whatsapp announced on their blog that they are to remove the $1 yearly subscription to the service, while also maintaining that ads will not be introduced to the service, nor diminish any current features to stop you from using it – but how can they continue for free?

It’s important to read and understand the words used in their blog post “For many years, we’ve asked some people to pay a fee for using WhatsApp after their first year. As we’ve grown, we’ve found that this approach hasn’t worked well”. [pullquote align=”right” cite=”” link=”” color=”” class=”” size=””]The current method of a yearly subscription to the service was just not working out for them.[/pullquote]

After speaking with people on the Euro Tech Talk team, the overall majority of them never paid the fee either. With some using it quite a bit longer than I have. So it’s pretty evident by now the current system has just never worked. However Facebook are a company and will want to monetise the service some way and make all their services profitable in some way, shape, or form.

As much as I would love to believe their promises about ads. “Naturally, people might wonder how we plan to keep WhatsApp running without subscription fees and if today’s announcement means we’re introducing third-party ads. The answer is no” they claim.

I personally believe Facebook are working on some deep rooted, hidden in the background ad technique that may make this thing work out. I’m not saying they are going to start listening to all your communications, but Facebook, along with a lot of other companies, are reliant on lots of sponsored ads. So businesses can advertise their brands, be super intrusive and shove their marketing down your throat.

I’m not saying Facebook will do this, as they would look slightly silly promising they wouldn’t, then actually doing it. However I’m willing to bet that Facebook/Whatsapp are working on a different approach. A different way of getting all the lovely advertising data they need to get the ball rolling on the cash cow that is Whatsapp.

Or, the second option, which Whatsapp actually pointed towards, is concentrating on businesses you want to hear from. Which sounds like a recipe for an ad, just more targeted (You seeing a pattern here?). I may be completely wrong about this, but it’s going to be difficult thinking of another idea of ‘communicating with businesses and organizations’ without meaning ads are going to be involved.

We all really want to believe Whatsapp are telling the truth on this one, but a lot of companies go back on their word when they can’t think of a better alternative to something that makes the most money.

People Will Still Use Whatsapp

No matter what happens millions of people will still use Whatsapp regardless of if there are ads or not. Whatsapp is one of the biggest and best messaging services out there. Its has outlasted many other services that have come and gone trying to make it big. People who are loyal to the service will not leave because it’s a major inconvenience getting setup on Telegram, or any other messaging service out there right now.

Meaning all your friends would also have to move to an entirely new service, which may also introduce some subscription models down the road. Whatsapp are the kingpin in a large market, and Facebook would have to do something really stupid to bring people away from that convenience. If people where going to leave – they would have done it long before now. 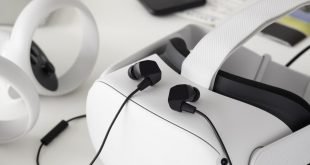