So a little time back, there was same chatter / veiled threats from mobile networks (with the exception of Vodafone) that they might block adverts. Block adverts??? Yeah you see adverts generally aren’t loved by consumers so the networks were trying to claim it’s for the benefit of consumers. They also claim that adverts eat up precious data and when they try making people buy 500mb a month, adverts make a material difference. At the time we all thought that it was a posturing issue more than anything, to make ad providers make ads less obnoxious and no bloody animated things eating data and battery. 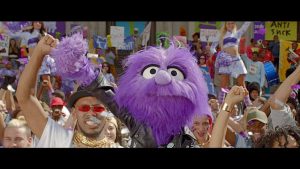 Three will become the first European and the first major network in the world (Digicel in the Caribbean got there first last year) to turn on adblocking. Three UK may not be the biggest network in the world but it’s got sibling Three networks all over the world and in the UK it’s about to eat O2 to become the UK’s biggest network. This is serious stuff. If a real, major network like Three do it how long before O2 and EE do the same as both have threatened to. Then if/when they do how long before Vodafone UK must? Then it can’t be long until other networks round Europe do the same. It is some serious stuff, the ad industry is worth hundreds of billions annually. Google, the worlds most valuable company practically only makes any money by serving up ads to people!!! 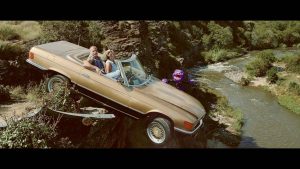 What does this mean?

Well right now, for Three customers you should stop seeing web based adds when it goes live. (Erm assuming you don’t already run adblock that is.) At first that is all that will happen however there are websites out there that block content if they detect adblocking. So far it’s been a relatively small number of users adblocking so there has been no mass revolt from content providers. But…… if all the mobile networks start blocking and let’s completely ignore the possibility that landline ISP’s could do the same: how will content providers react? Will big sites just refuse to provide content to ad blocked connections? Much like the war between newspapers and the internet, to paywall or not to paywall. Which side will cave in first?

How is it going to end?

Whichever way this goes there will be fallout. The hope is that either way ad’s will get better, less annoying and more relevant. That would seem to an almost certain outcome however…… it maybe mean’s the death of free content, if ad funding goes away maybe micro payments for websites will finally get resolved and we’ll just pay per page? Maybe websites will just en-mass block all content for adblock users and force the networks to drop them? I mean how long could Three keep a block in place if Facebook blocked all content to Three connections while the block is in place? One way or another there is going to be fun and games in the mobile industry for sure and im betting the consumer is going to emerge the winner in this fight.