At Mobile World Congress in Barcelona Sony released three new phones, on a brand new line up. They showcased the Xperia X, XA and X Performance – each of which pack a little bit of the design language coming from the Sony Xperia Z series which they replace.

In the past few years a lot of people criticized Sony for their blocky design – which is perhaps one of the reasons that Sony worked on a more rounded design this year with the Xperia X lineup. Although the design may not seem to be a big difference, they have thrown away the glass and instead opted for aluminium instead this year.

The X Perfoemance takes over from the ‘Premium’ as the high-end phone for Sony’s 2016 line up. Although this year Sony have opted to ditch the 5.5ich 4k display for a 5-inch great looking Full-HD resolution display. As with all high-end Sony smartphones, the display features the Triluminos display technology, which boosts contrast and colours.

Looking at the camera department of this phone, it features a 23MP rear camera with Predictive Hybrid Autofocus which should have the capability of shooting some amazing pictures. Around the front it features a 13MP shooter for some high resolution selfies. For the power Sony is using the Qualcomm Snapdragon 820 supported by 3GB of RAM, the only option for Internal storage at this phone is 32GB. This all is getting it’s juice out of a 2700mAh battery, and out of the box the phone runs Google’s latest release, Android M with Sony’s UI on top of it. 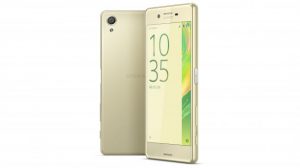 Looking at the display on the Sony Xperia X, it has a 5-inch display with a Full-HD (1920 x 1080) resolution, of course the display features the Triluminos display technology made by Sony. The Sony Xperia X features the same pair of 23MP rear camera and 13MP front camera. This time powered by a Qualcomm Snapdragon 650 SoC supported by 3GB of RAM, and you can choose for either 32GB or 64GB of internal storage.

This is the cheapest phone announced by Sony at MWC, but still packs a pretty good spec sheet. Featuring a 5-inch edge-to-edge 720P display, a 13MP shooter at the back and a 5MP shooter at the front should provide some decent shots with good lighting conditions.In contrast to the Xperia X and X Performance this phone uses a MediaTek SoC instead of Qualcomm used in the other two phones.

To be a bit more exact, it features a MT6755 octa-core SoC supported by 2GB of RAM. For the storage options, there’s actually not a real option, it’s just 16GB of internal storage. All of this is powered by a pretty small 2300mAh battery, which should last you at least one day and if we may believe Sony, even up to two days. Again, this one also runs Android M with Sony’s latest UI on top of it. 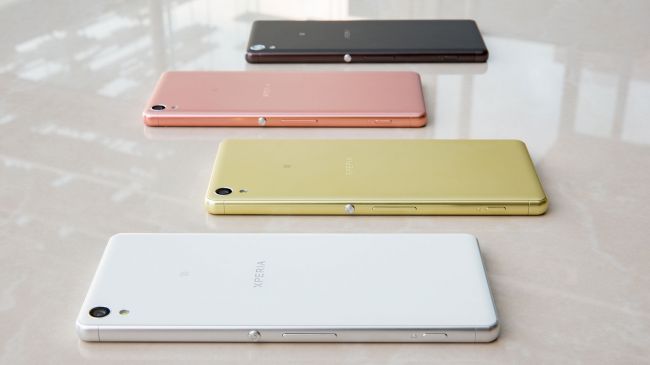 All the phones mentioned above have the option to expand the storage with a microSD card up to 200GB.

“Sony Mobile will continue to create increasingly personalized and intelligent products and services that empower you to do more, and live more creatively than ever. With our continued passion for technology, we will keep adding new and exciting features to evolve our smartphones. At the same time, we want to change how you access information and interact with friends and family in a closer, natural and more meaningful way.”

Both the Xperia X and Xperia XA will be available in green, white, black and Rose Gold. And although there are no prices as yet, Sony has insisted that both will be given a launch “this summer”.